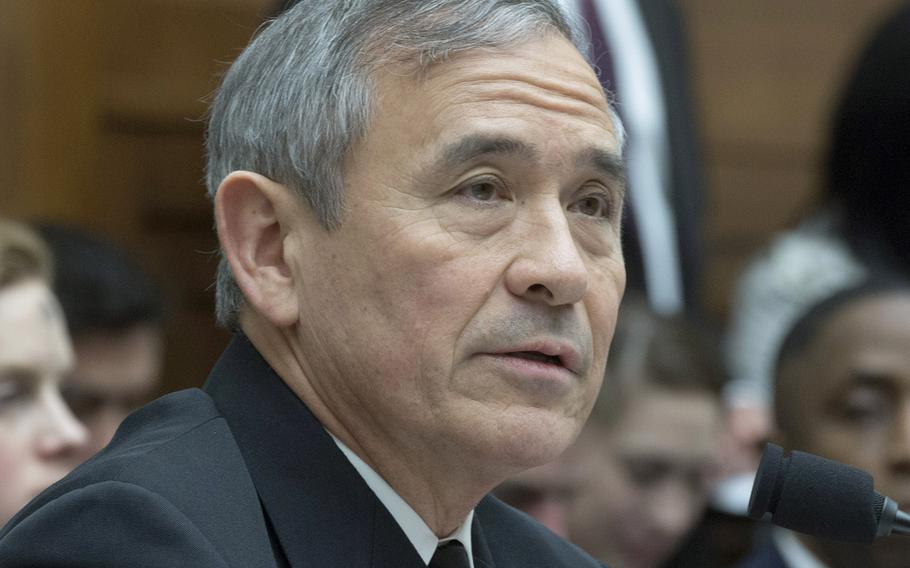 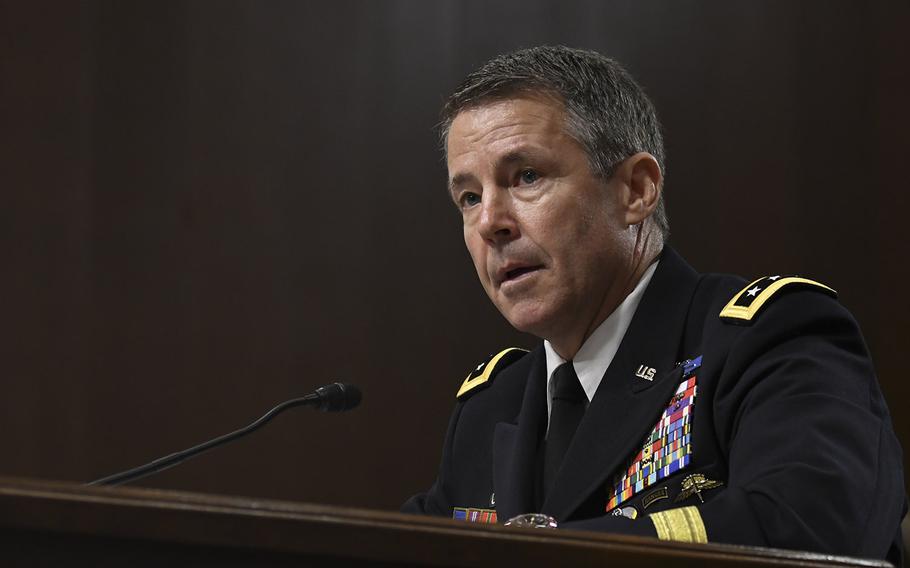 Then-Lt. Gen. Austin Miller is shown at his June 19, 2018, confirmation hearing in Washington. (STARS AND STRIPES )

KABUL, Afghanistan — Army Gen. Austin “Scott” Miller was confirmed by the Senate as the new commander of U.S. forces in Afghanistan in a voice vote late Thursday.

Miller, 57, who currently serves as commander of Joint Special Operations Command, also received his fourth star as part of the confirmation.

Miller is expected to take over both NATO’s train, advise and assist mission and the U.S.’s separate counterterrorism mission in Afghanistan in the fall.

He replaces Army Gen. John Nicholson, who after more than two years in charge became the U.S.’s longest-serving commander of the 17-year war.

During his confirmation hearing, Miller endorsed the U.S.’s revamped war strategy — which has allowed for more airstrikes against Taliban targets — but said he didn’t foresee an end to the conflict anytime soon.

“I can’t guarantee you any timeline or an end date,” he told the Senate Armed Services Committee earlier in June, adding that withdrawal from Afghanistan could allow extremist groups like the Islamic State to strengthen and carry out attacks on U.S. soil.

The Senate also confirmed Harry Harris as U.S. ambassador to South Korea. Harris, a former admiral, recently retired following his stint in charge of forces in the Pacific.

Air Force Gen. Charles Brown Jr., who was confirmed as the next commander of Pacific Air Forces, led the air war against ISIS in Iraq before becoming deputy commander for U.S. Central Command, a post he’s held for the past two years.