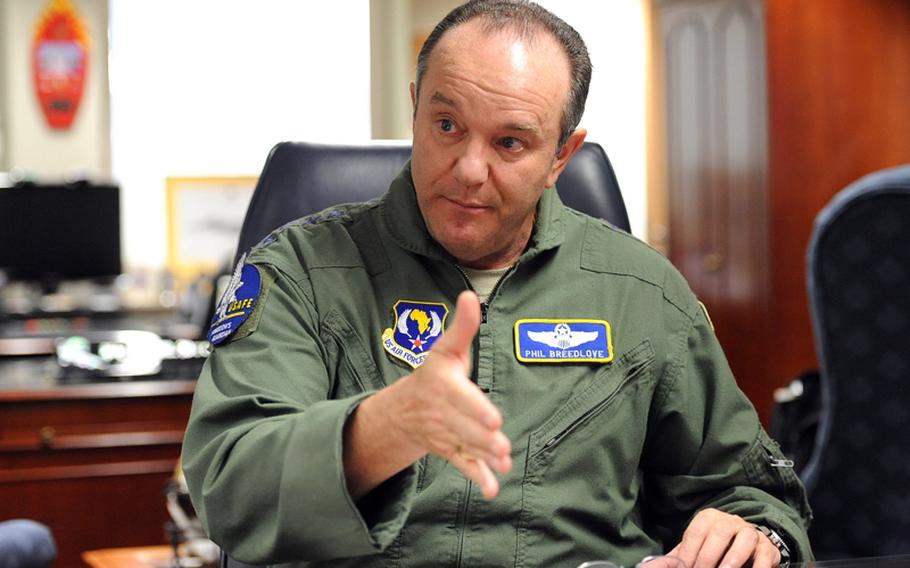 KAISERSLAUTERN, Germany — Air Force Gen. Philip Breedlove has been confirmed by the U.S. Senate as the next head of U.S. European Command, a EUCOM news release issued Friday evening said.

Breedlove, who will be taking the helm from Adm. James Stavridis, will also assume the post of NATO’s supreme allied commander Europe.

Breedlove currently serves as commander of: U.S. Air Forces in Europe; U.S. Air Forces Africa; Headquarters, Allied Air Command; and as director of NATO’s Joint Air Power Competence Centre. He will take up his new positions in mid-May at change-of-command ceremonies at EUCOM headquarters in Stuttgart and at Supreme Headquarters Allied Powers Europe in Mons, Belgium.

Breedlove told the Senate Armed Services Committee earlier this month that his first focus, if confirmed as NATO supreme allied commander and the head of EUCOM, will be “getting the transition in Afghanistan right.”

He also stressed to the panel the need to engage with commanders in Afghanistan to “make sure we have the force sizing, the drawdown schedules, and what we leave behind in residual capability right.”

Breedlove told the committee he believes the U.S. military could further reduce its footprint in Europe.