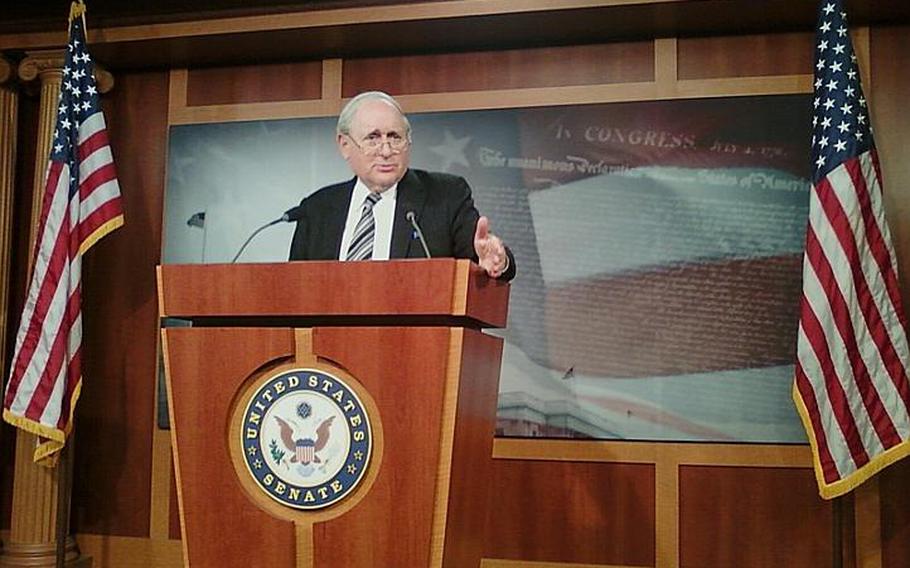 WASHINGTON &mdash; The Senate Armed Services Committe is backing only a 1.4 percent across-the-board pay raise for military personnel in 2011, a lower figure than House officials have argued is needed to keep troops&rsquo; pay on par with civilian wages.

&ldquo;I think it was understood by everyone [on the committee] that we&rsquo;re going to go above 1.4 percent in the end,&rdquo; he told reporters.

Levin noted that those proposals could end up padding some servicemembers&rsquo; paychecks even more than the 1.9 percent boost backed by the House earlier this week. But others would see a smaller increase than offered under the House&rsquo;s plan, which covers all troops.

The pay raise conflict comes days after the White House again opposed any additional military wage hike beyond the 1.4 percent it outlined in January. That figure is tied to the expected average increase in civilian wages in 2011.

In a letter to the House Armed Services Committee, the administration said the lower pay raise is critical &ldquo;to avoid hindering the department&rsquo;s ability to focus on recruiting or retaining for key skills, and will ensure the availability of financial resources needed to sustain our combat power at a time of war.&rdquo;

Defense officials estimate than an extra 0.5 percent raise for troops &mdash; about $14 a month for an E-5 with more than 10 years experience &mdash; will cost another $350 million in a year, totaling billions more in basic pay and retirement allotments for years to come.

Still, in recent years Congress has consistently awarded troops pay raises 0.5 percent above anticipated civilian wages, in an effort to close the lingering gap between military and private sector pay.

Levin said details of the targeted pay raises will be made available when the bill comes up for full chamber debate, tentatively scheduled for next month. Defense budgeting officials had pushed the committee for such an approach in April testimony, arguing that specific bonuses and specialty pays could be less costly and more of a retention incentive than the broader pay raise.