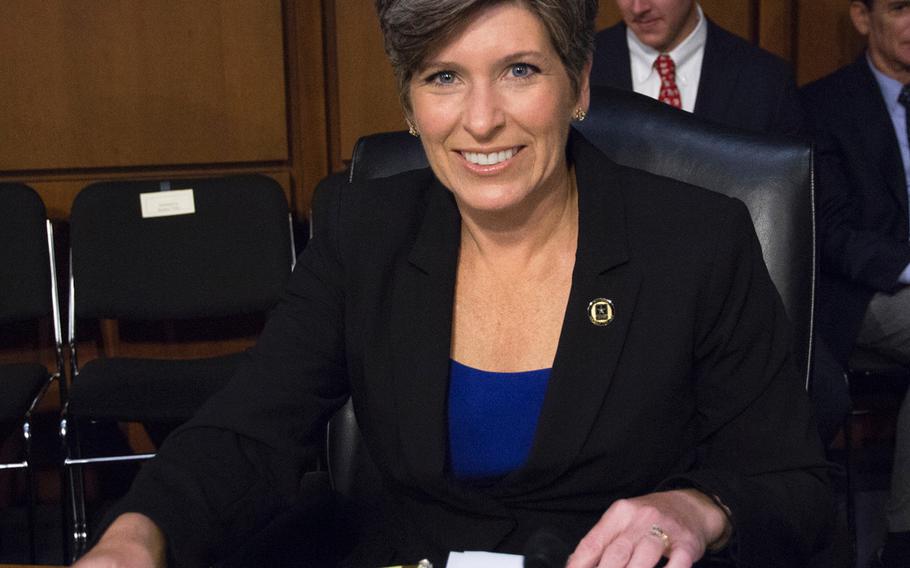 WASHINGTON – A bill was introduced in the Senate on Wednesday to end a practice that inadvertently penalizes some medically retired servicemembers by forcing them to pay higher Medicare rates in order to maintain their Tricare health coverage.

Sen. Joni Ernst, R-Iowa, a combat veteran, introduced the Health Equity and Access for Returning Troops and Servicemembers, or HEARTS, Act. A House version of the legislation was introduced in April. Ernst’s office called the practice of charging some veterans higher rates to keep their Tricare an “unintended burden” that’s “plaguing wounded servicemembers.”

“Our veterans deserve every opportunity for a smooth transition back into civilian life,” Ernst said in a statement. “The HEARTS Act gives medically retired servicemembers returning to work access to the health benefits they were originally entitled to, and have rightfully earned, after selflessly serving our country.”

When servicemembers are injured and medically retired, they are eligible to enroll in the military’s Tricare health plan.

If their injuries prevent them from working when they return home, veterans can receive Social Security disability payments. After two years of those payments, they become eligible for Medicare. At that point, they must enroll in Medicare Part B to keep their Tricare for Life supplement.

Enrolling in Medicare means having to pay higher rates than they would with their traditional Tricare plan. Even if they start working again and stop their Social Security payments, veterans stay eligible for Medicare for another 8.5 years – meaning they have to pay the higher rates throughout that time.

The HEARTS Act would alter how Medicare and Tricare work with each other and allow veterans to opt-out of Medicare Part B.

“The fact is that every American servicemember willingly makes a commitment to put life and limb on the line in defense of freedom. In return, there is the promise that when they return home, they have access to quality affordable health care,” Rep. Sam Johnson, R-Texas, who introduced the bill in the House, said earlier this year. “Unfortunately, right now, many of our most seriously injured military retirees eventually lose access to their traditional, affordable Tricare and cannot regain it for years if they return to work. This is wrong.”