Seller says military should crack down on misuses 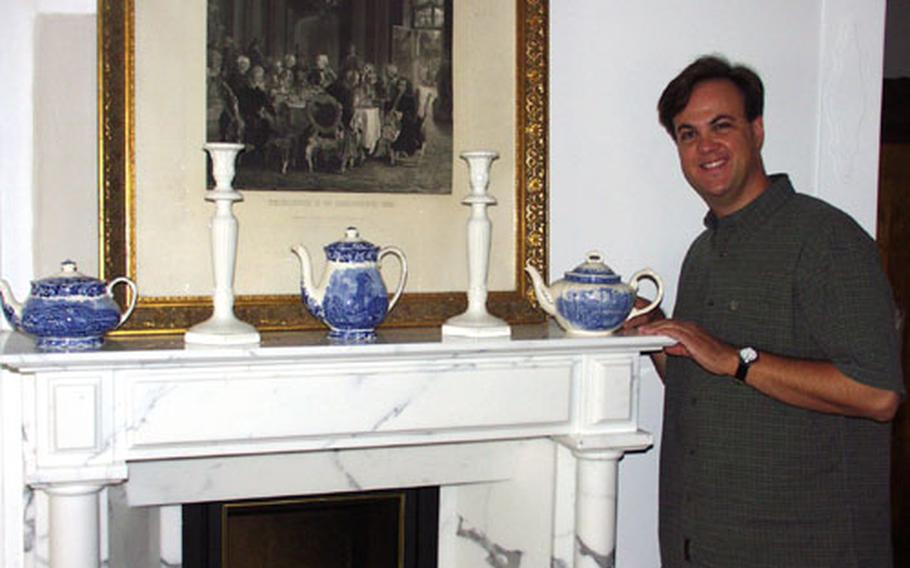 Tony King, with some of the inventory and shipping materials that he uses in his eBay business. King, a civilian spouse, is upset that the U.S. military refuses to crack down on DOD civilians and military personnel and their spouses who illegally use their military mailing privileges to bypass using German shipping for their eBay businesses. (David Josar / S&S)

A flea-market hound, King is trying to turn his hobby into a profit-making business on eBay to supplement his wife&#8217;s income as a Department of Defense civilian employee.

Slowly, his business has begun to blossom. But working against him are the military spouses and servicemembers who use the Military Postal Service as their own private delivery person.

Sitting in the office of his Stuttgart, Germany, apartment, King is surrounded by bags overflowing with packing peanuts, rolls of bubble wrap and stacks of boxes.

Nearby hangs a dark cloth he uses as background when he takes digital pictures of items he puts up for auction; stored around him are the bowls, cups and other merchandise he sells.

King, like many other people in the military community in Europe, said he began in 1999 when he auctioned a few pieces of Polish pottery. He was quickly inundated with e-mails from other eBay sellers in Europe telling him that using the military postal system was a no-no.

King made some calls and learned the rules. And although the regulations cut into his profit, he said he adheres to them.

&#8220;You want to be a good businessman,&#8221; said King, who had worked in investor relations before trying to create an eBay shop this year.

Making a full-time business out of selling flea-market finds is not easy.

There are the German taxes. For every sale King makes, he automatically gives 16 percent of the sale price to the German government for the value added tax.

He and other eBay sellers doubt that the Americans who misuse the Military Postal Service pay German taxes or declare their profits on their U.S. federal income tax returns.

But one of the biggest hurdles King faces in playing by the rules is the shipping charges via the German post. An item that for about $5 can be sent to the United States via priority mail using the Military Postal Service costs a minimum of $20 to mail through the German post, King said.

And even though King gets a bulk discount from the German post, he has had an especially hard time the past year or so because of the weak dollar. Last year, it cost perhaps $20 to ship a plate to the United States that he sold on eBay; now it will cost about $24.

King said he works between 40 and 50 hours a week. He spends weekends and weekdays going to flea markets. He photographs items and creates eBay ads. He wraps, packs and ships the items.

Knowing what customers want also is a challenge. Once he paid 12 euro for four plastic place mats that he turned around and sold for $120 on eBay, while on a dozen other deals he loses money when the bids don&#8217;t cover his purchase price and eBay fees.

&#8220;It&#8217;s hit or miss,&#8221; he said, which is why he is frustrated the U.S. military does little to enforce the ban on using the Military Postal Service for commercial purposes.