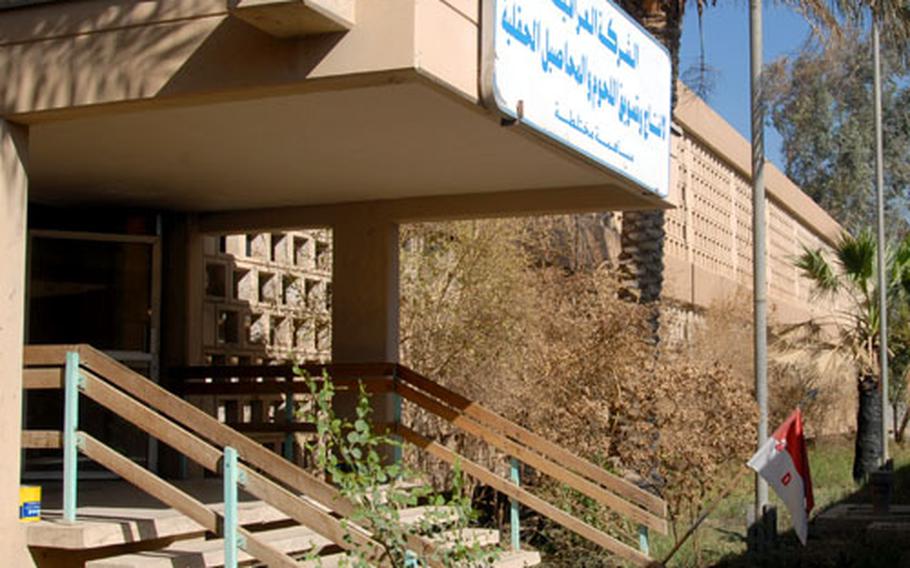 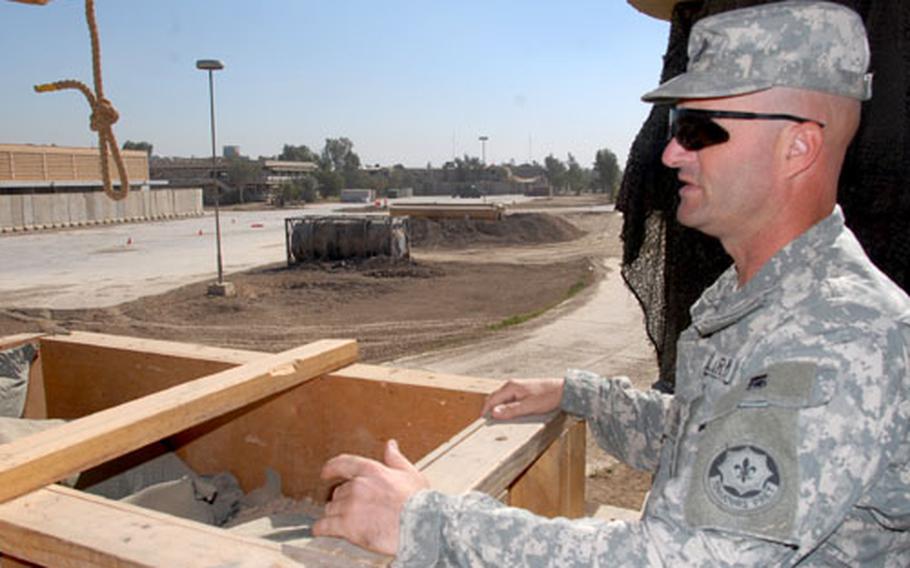 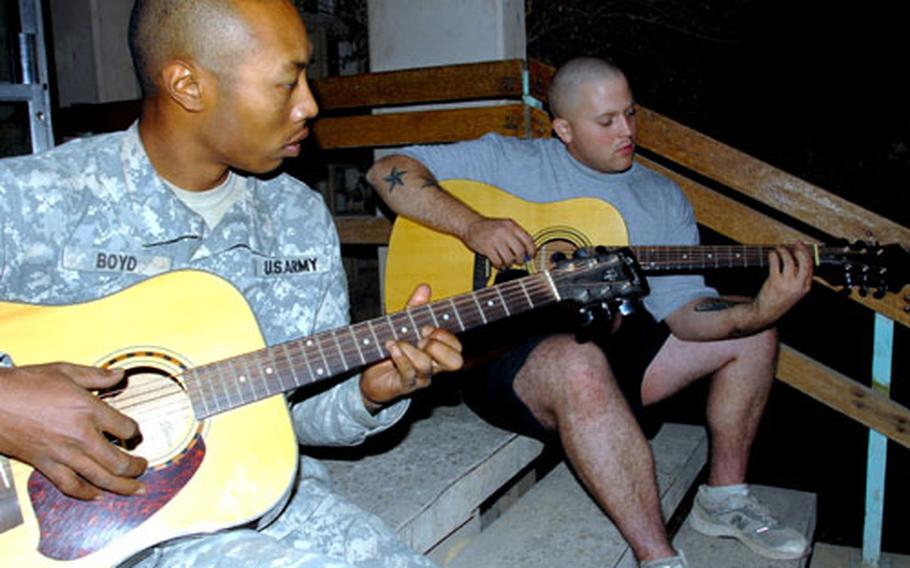 BAGHDAD &#8212; Soldiers at combat outposts lack many of the quality-of-life services afforded to their counterparts at larger facilities but, for many, the simplicity of life on a small base makes it a good trade-off.

When they are not working, the 2nd Cavalry (Stryker) Regiment soldiers at Aztec &#8212; members of 2nd Squadron&#8217;s Company D &#8212; get their kicks pumping iron in the weights room, watching movies on a big-screen television, surfing the Internet (after waiting in line) or playing video games in their rooms.

It is a spartan sort of life, but it is one that most appear content to live with for the duration of their 15-month posting to Iraq.

The administration building where soldiers work and live had been briefly occupied by another unit but was not particularly habitable at that stage, he said.

&#8220;It was filthy. It was worse than the normal dust from Iraq,&#8221; White said, adding that the building was home to myriad small creatures.

&#8220;People were getting eaten up by bugs. The main nests were the mattresses. We took them out and burned them and got rid of anything that was infested,&#8221; the 44-year-old from Tucson, Ariz., recalled.

Soldiers burned off vegetation around the building, which also was crawling with insects. The long-term plan is to plant grass and water it with a sprinkler system that was used to irrigate the factory grounds, White said.

In the meantime, there&#8217;s plenty of dust outside.

Company D soldiers replaced Aztec&#8217;s aging set of wooden outdoor showers with two self-contained transportable shower blocks. To help the Iraqi economy, some of the parts were sourced locally. The showers promptly broke and nobody washed for a week, but on Tuesday, they came back on line.

Company D soldiers like Spc. Gary Boyd, 24, of Morrow, Ga., appear to prefer life on the COP to being at a larger base, such as Forward Operating Base Falcon, where 2nd Squadron is headquartered.

At the FOB, higher-ranking soldiers from other units often tell Company D soldiers to do things that are not in line with the company&#8217;s standard operating procedures, he added.

The food at Aztec includes hot breakfasts (eggs, hash browns, biscuits and sausage or bacon) and hot dinners (meat, mashed potatoes and mixed vegetables). There is a never-ending supply of fruit juice and soft drinks, coffee, cookies, brownies, Pop-Tarts and cereal that the men can eat for lunch or snack on between meals.

At night, three or four soldiers often gather on the front steps to play guitar. Boyd can pluck &#8220;Nothing Else Matters&#8221; by Metallica or serenade his comrades with &#8220;More than Words&#8221; by Extreme. He can find guitar tablature for almost any song online.

Another Company D guitar player, Pfc. Ivy Harris, 21, of Adairsville, Ga., has been playing for a year and is honing his skills with the help of the other soldiers.