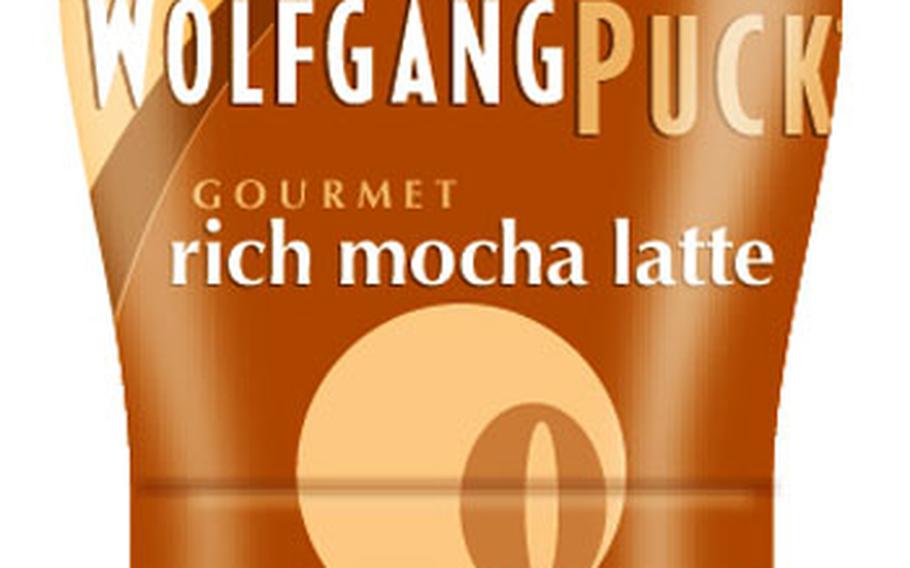 The new Wolfgang Puck self-heating latte heats a cup of coffee in six minutes with no external equipment or power, using technology similar to what the military has been testing for years. (Courtesy of Beverage Spectrum Magazine)

Workers in the United States often see their morning commute as a battle. Soon they&#8217;ll have technology similar to what the military is using to aid in the fight.

USA Today reported in its Monday editions that beginning Jan. 2, consumers can buy a 10-ounce container of Wolfgang Puck gourmet latte at the store and heat it by pressing a button, without using electricity or appliances.

How does the can do it? A single step mixes calcium oxide (quicklime) and water. It heats the coffee to 145 degrees in six minutes &#8212; and stays hot for 30 minutes.

Puck is the owner of Los Angeles eateries Spago and Chinois. He has licensed his name to WP Beverage Partners, a beverage firm. WP has linked up with OnTech, a technology specialist, that designed the heating process.

Nestl&#233; has tested a similar technology with Nescaf&#233; in Europe, and smaller companies have tested it in Asia.

&#8220;We investigated that technology 15 years ago,&#8221; said Daine Wood, a scientist with the Combat Feeding Directorate in Natick, Mass.

&#8220;They used it for sake [an alcoholic beverage] in Asia. Commuters got it from a vending machine on the train and had a drink on the way home.&#8221;

Retail grocer Kroger is so convinced the product will be a hit, it will offer the cans in its 2,530 stores &#8212; and negotiated a deal to be the only seller until mid-February.

The Defense Commissary Agency could not say whether they would try to carry the item.

Army and Air Force Exchange Service spokesman Judd Anstey said AAFES is in the process of contacting the vendor to see what the plans are for selling to other retailers.

The Puck coffee will retail for about $2.25.