Segways a hit at Osan 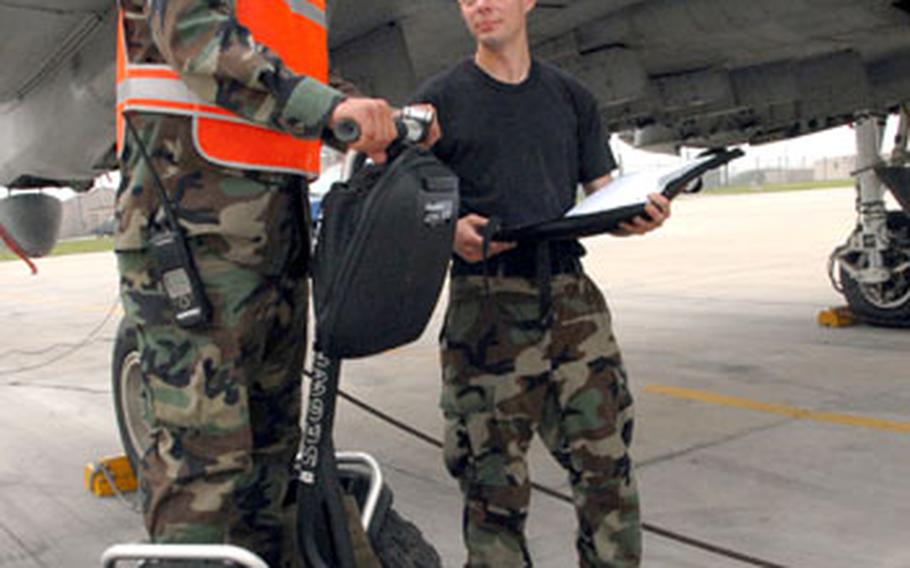 A member of the 51st Fighter Wing Maintenance Squadron at Osan Air Base rides one of 10 new Segways purchased to reduce travel time to and from hangars. (Courtesy of U.S. Air Force)

A member of the 51st Fighter Wing Maintenance Squadron at Osan Air Base rides one of 10 new Segways purchased to reduce travel time to and from hangars. (Courtesy of U.S. Air Force) 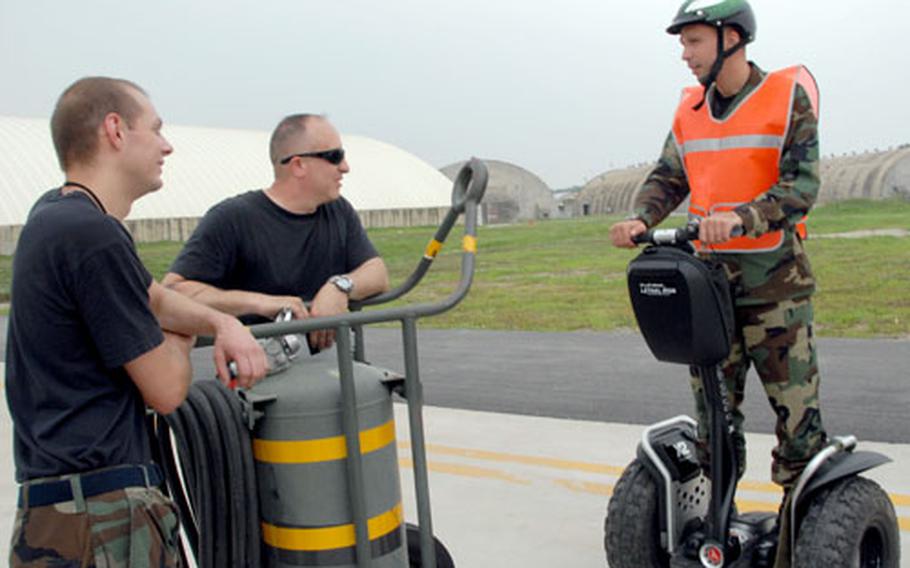 Maj. Lyle Drew, commander of the 51st Aircraft Maintenance Squadron at Osan Air Base, talks with two members of the squadron while operating one of 10 new Segways on base. (Courtesy of U.S. Air Force)

OSAN AIR BASE, South Korea &#8212; Airmen at this base used to wear out their boot treads walking from hangar-to-hangar. Now, they&#8217;re burning rubber on two all-terrain tires.

Since May, airmen in Osan&#8217;s 51st Fighter Wing Aircraft Maintenance Squadron have been riding Segway Personal Transporters &#8212; a kind of electronic scooter driven by a single standing passenger &#8212; to and from their hangars.

An F-16 crew chief suggested about a year ago that base leaders buy Segways for maintenance crews. The fighter wing&#8217;s commander used a budget surplus to buy 10 of the $5,000 Segways, one for each of the squadron&#8217;s maintenance units.

That chief has since left South Korea, but airmen say the Segways are a hit.

Each headlight-equipped Segway goes a maximum of 12.5 miles per hour. It takes a few hours to charge the battery-operated machines, which can travel nine to 12 miles between charges. The driver leans forward and backward to control the speed, and uses the handlebars to turn.

Drew said officers are talking more frequently with maintainers because it&#8217;s easier to get around than by foot or even a car or truck.

Unlike a car, which the driver has to park outside the hangar, the operator can ride a Segway into the hangar to the side of a jet without getting off.

Tech. Sgt. Kenyatta Silcott rides a Segway an average of 10 times a week, and said they especially come in handy during the humid summer months.