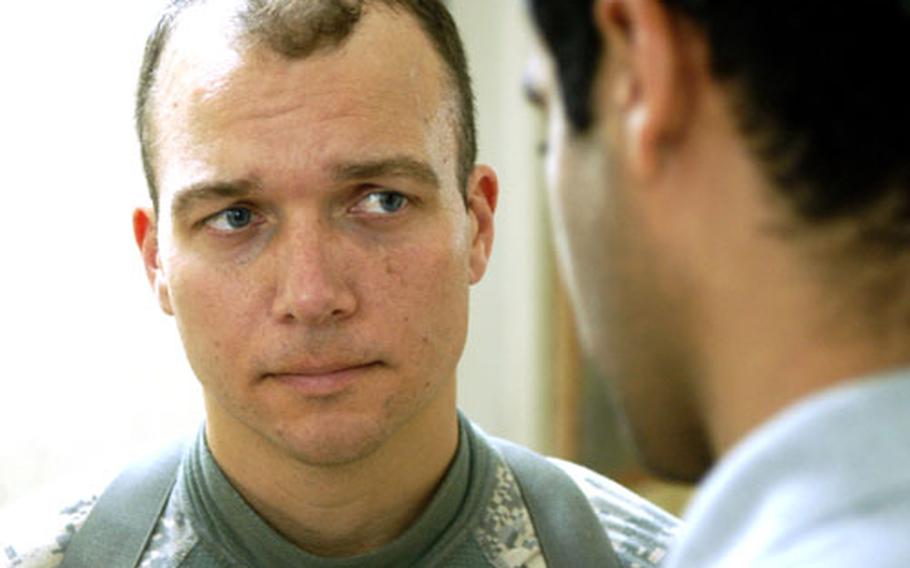 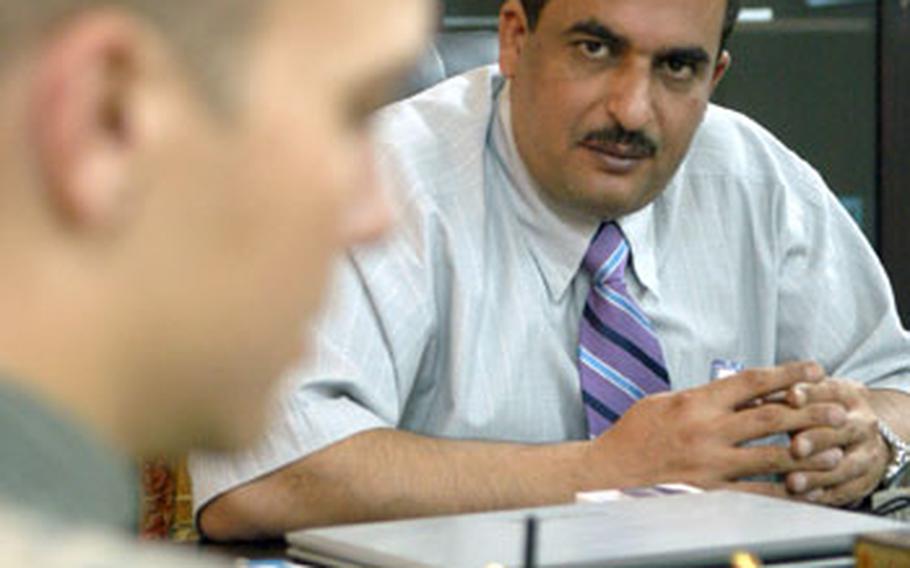 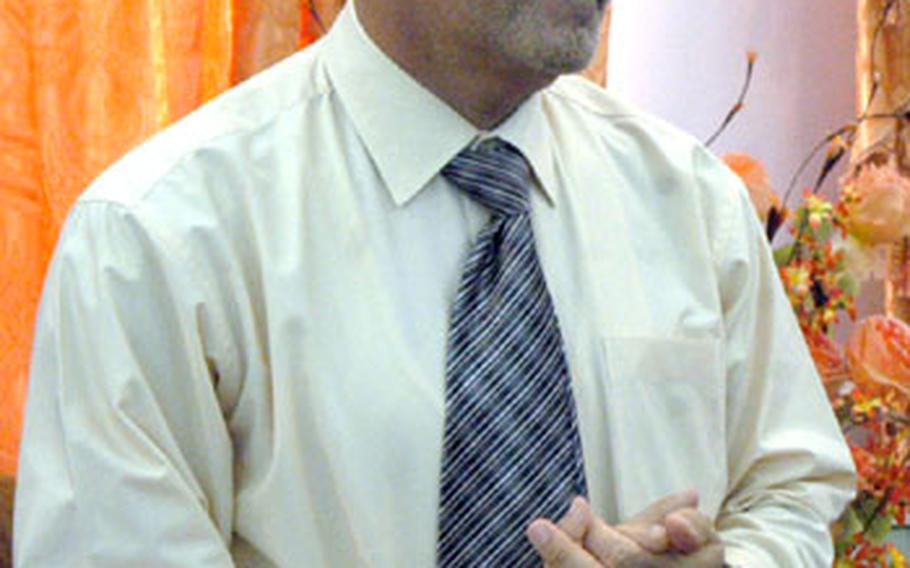 BAQOUBA, Iraq &#8212; Nobody said that building up a democracy in an insurgent stronghold would be easy. Diyala province Governor Ra&#8217;ad Rashid al-Tamimi can attest to that.

An assailant wearing a suicide vest rushed into Tamimi&#8217;s motorcade and detonated himself, killing one and injuring several on Aug. 12. Tamimi escaped unscathed in the attack. The Shiite politician didn&#8217;t take the failed assassination attempt personally. He viewed the latest attack as just another desperate ploy by al-Qaida in Iraq to derail progress his government has made in the restive region, targeted since the end of July by an Iraqi-led offensive.

"On the contrary, this has given us greater strength to move forward," Tamimi said through an interpreter at his office inside the Diyala Governance Center on Monday. "What this shows is the weakness of our enemy."

Sporadic attacks such as this one won&#8217;t topple his government, he said. But he admitted former Baath Party members indulging in widespread terrorist activities could sway events, although reconciliation efforts, such as the U.S.-funded "Sons of Iraq" civilian security program, may help keep the region calm.

A violent disruption Tuesday morning further highlighted the area&#8217;s volatility. Hussein al-Zubaiyd, a senior Sunni council member who plans to run for governor of Diyala in the next elections, was detained in a rogue operation by Iraqi Special Forces at the governance center. A firefight erupted as soldiers entered the center, killing the governor&#8217;s secretary and wounding four employees.

Iraq&#8217;s national government has apologized for the incident and plans to carry out an investigation. As of Tuesday night, al-Zubaiyd was still being held, according to U.S. Army Maj. Tim Hunt, the 2nd Stryker Cavalry Regiment&#8217;s liaison to the provincial council.

"It did, indeed, demoralize them," Hunt said of the provincial council. "Even though it was a mistake, it shouldn&#8217;t have happened."

He hopes that the council can rebound and gain control of the security forces.

Diyala is a multi-ethnic region, a microcosm of Iraq as Hunt labels it. Strife among Sunnis, Shiites and Kurds has disturbed the area and influence from Iran and its alleged "Special Groups" fighters hasn&#8217;t helped either, he said.

"It makes it one of the most difficult provinces to get stability," said Hunt, 38, of Dupont, Wash.

Hunt, who works alongside a U.S. State Department Provincial Reconstruction Team, is tracking a lopsided hunt for insurgents by Iraqi security forces in the current offensive.

A wanted list for insurgents in a town northwest of Baqouba all had Sunni names. Hunt fears that security forces are being used for political purposes by "decapitating" Sunni leadership.

"I showed that to the governor and he just shook his head," Hunt said. "They&#8217;re just going after Sunnis."

There have been accomplishments along the way. The most recent was the council&#8217;s unanimous vote to relieve the provincial police chief &#8212; a military commander accused of acting without consulting them.

Although coalition forces and the Iraqi government favored former police chief Maj. Gen. Ghanim Quraishi for getting results in the province, both recognized the council&#8217;s decision as a positive step.

"It was a watershed event that showed civil authority over security forces," Hunt said.

A crowd of Quraishi supporters held a protest hours before the suicide blast that Tamimi escaped. Hunt said it may have served as a distraction to security guards before the attack.

The bombing also "stole the headlines" from the council&#8217;s monumental decision, Hunt added.

Provincial council members are searching for a new police leader who understands and abides civil authority. Tamimi prefers to have a local hire since this is a local issue. If that man can&#8217;t be found in Diyala, candidates from outside the province will be interviewed.

Hunt and a PRT member, Ed Carr, sat down with a candidate on Monday to gather background information. They plan to meet with each applicant and share their insight with the council.

"Our input will be important but not deciding," Hunt said. "It&#8217;ll be an Iraqi decision."