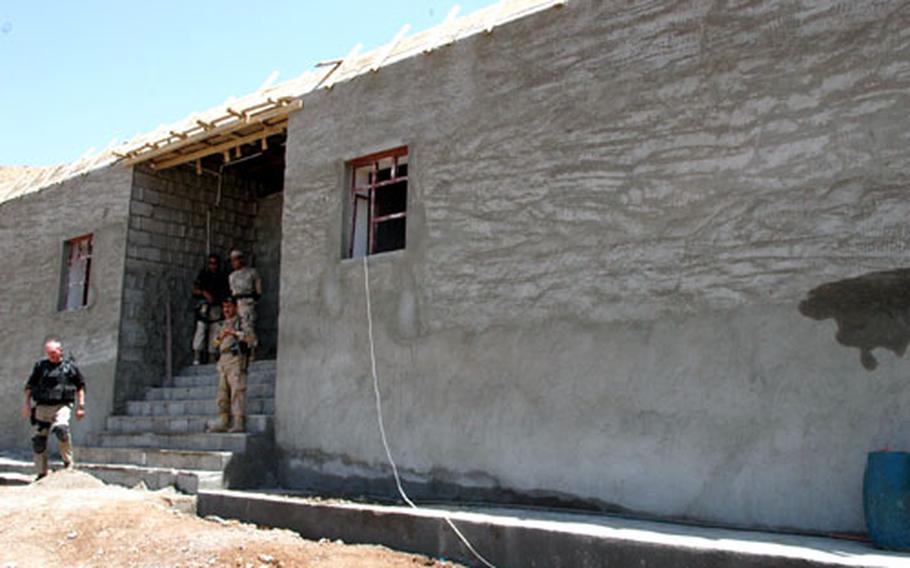 With nearly half of the allotted funds for reconstruction projects going toward security, the violence is cutting into the country&#8217;s rebuilding process.

Of the $18 billion budgeted for the Iraq Reconstruction Program, $7 billion is spent on securing the workers and the construction sites that are contracted and overseen by the Corps of Engineers Gulf Region District and the Project and Contracting Office.

Security costs are part of the budget for many of the sites throughout Iraq.

How much to spend on security and to whom it is contracted is up to the project contractor at the site, said Frank Scopa, Mosul area engineer for the Corps of Engineers Gulf Region North.

In Mosul, the best security step is for American engineers to stay away from the sites.

Instead, contractors are required to send regular reports and photos of the progress at the sites, he said.

There also are sites that engineers can&#8217;t visit in the Kirkuk region, but in the outlying areas &#8212; such as Sulaymaniyah and at most of the border forts &#8212; engineers are able to make regular visits with a contracted personal security team from the company Erinys.

&#8220;We have sites that we don&#8217;t visit regularly, because it would be a risk to the workers if we showed up regularly,&#8221; said Donna Street, Kirkuk area engineer, Corps of Engineers Gulf Region North.

The team sped through the streets of Kirkuk outside the forward operating base at the start of a site visit on Aug. 2, moving around cars and frequently changing lanes as if to present a moving target. The tension among the security team was palpable.

At a fort in Khormal on the Iranian border later that same day, on-site contractor Shapoor Amin said security in the area was not much of a problem. The only security element present was about five border guards.

In the Dohuk and Irbil resident offices, security is provided by a team of peshmerga, or Kurdish soldiers. The peshmerga are credited with the relative safety and stability in the region east of Mosul, known unofficially as Kurdistan.

While the peshmerga soldiers carry AK-47s, the most extreme action taken by local residents toward the Irbil resident office vehicles during site visits usually is energetic waving and smiling.

Although there is a lot of progress in other regions as well, attacks on U.S.-led construction sites heavily factor into the level of success the engineers can attain &#8212; much to the frustration of Street.