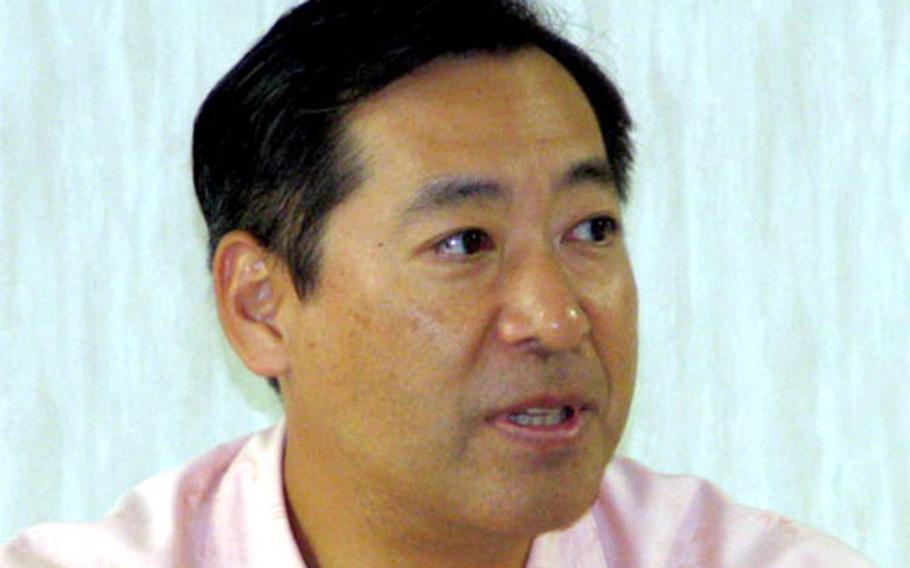 The Cooperative Working Team, formed in September 2000 by the Tripartite Committee, consists of U.S., Okinawan and Japanese officials who meet to exchange ideas to prevent U.S. military misconduct off base.

Specific camera installation sites are yet to be selected but &#8220;we agreed to further study the possibility &#8230; by obtaining consensus of local residents,&#8221; Deputy Chief Hideaki Kuramitsu, Ministry of Foreign Affairs Okinawa Liaison Office, said after the conclusion of the 2&#189;-hour closed-door meeting.

Kuramitsu said Japanese Working Team members proposed the security camera idea. &#8220;Until last year, almost all the efforts were made under initiatives by the military,&#8221; he said. &#8220;The Japanese side felt a need to propose something &#8230; as well.&#8221;

He said more than 3,000 such cameras in other Japanese cities, such as Tokyo, Fukuoka and Osaka, have proved effective.

Okinawa&#8217;s Prefectural Police Department backed the idea, Kuramitsu said, as not only helping reduce potential servicemember crimes but also helping &#8220;to improve the security of the entire community.&#8221;

Also Thursday, team members reviewed 2005&#8217;s crime statistics, noting that the crime rate for U.S. servicemembers, civilian employees and dependents continued a downward trend that began in 2004. In 2005, 65 Americans on Okinawa under the status of forces agreement were arrested compared to 72 arrests in 2004 and 133 in 2003, the peak year.

But prefectural police also said the crimes and arrests attributed to Americans the first seven months of 2006 were up slightly from the same period in 2005: 38 cases involving 38 arrests this year, compared with 33 cases and 35 arrests in 2005.

&#8220;Team members said they would &#8230; continue their efforts to maintain the downward [annual] trend,&#8221; said Kuramitsu, noting that about 42 percent of 2005 crimes by SOFA personnel involved thefts.

&#8220;This was the first time I have attended the working team meeting but I had the impression that the military is making sincere efforts to curb crimes &#8230; involving their members,&#8221; he said.

&#8220;Since the last meeting, which was held exactly a year ago, the military has introduced various measures such as a liberty-card system by the Air Force and chauffeur service by the Marine Corps, which started in June.&#8221;