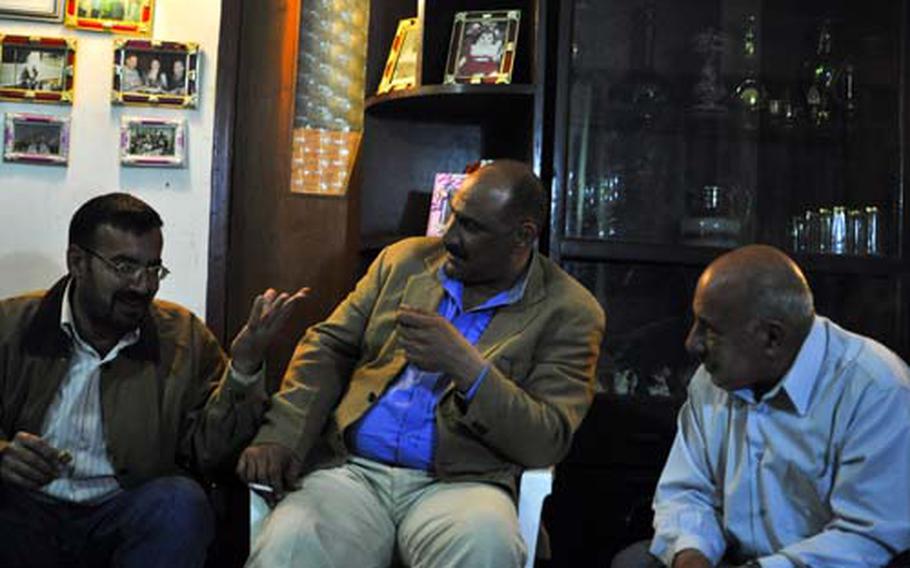 Hussein al-Najar, center, talks politics with his father, Majid al-Najar, right, and Jawadat Khamal at his home in Baghdad&#39;s Hay al-Amil neighborhood. Hussein al-Najar, a member of the Iraqi Communist Party, sees renewed hopes for Iraq&#39;s beleaguered secularists. Much of that optimism has gathered behind the candidacy of former Interim Prime Minister Ayad Allawi, seen as a viable challenger in Sunday&#39;s elections. (Michael Gisick / S&S)

Hussein al-Najar, center, talks politics with his father, Majid al-Najar, right, and Jawadat Khamal at his home in Baghdad&#39;s Hay al-Amil neighborhood. Hussein al-Najar, a member of the Iraqi Communist Party, sees renewed hopes for Iraq&#39;s beleaguered secularists. Much of that optimism has gathered behind the candidacy of former Interim Prime Minister Ayad Allawi, seen as a viable challenger in Sunday&#39;s elections. (Michael Gisick / S&S) 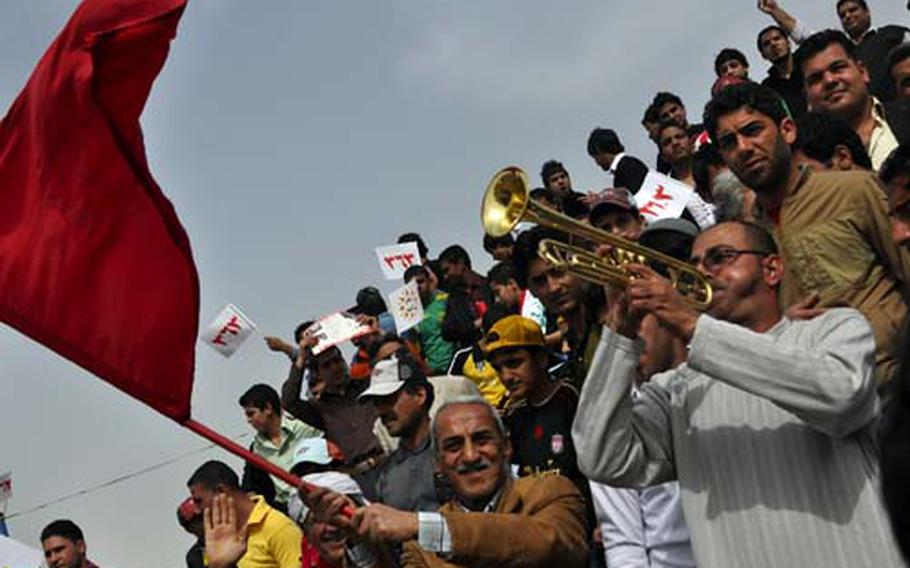 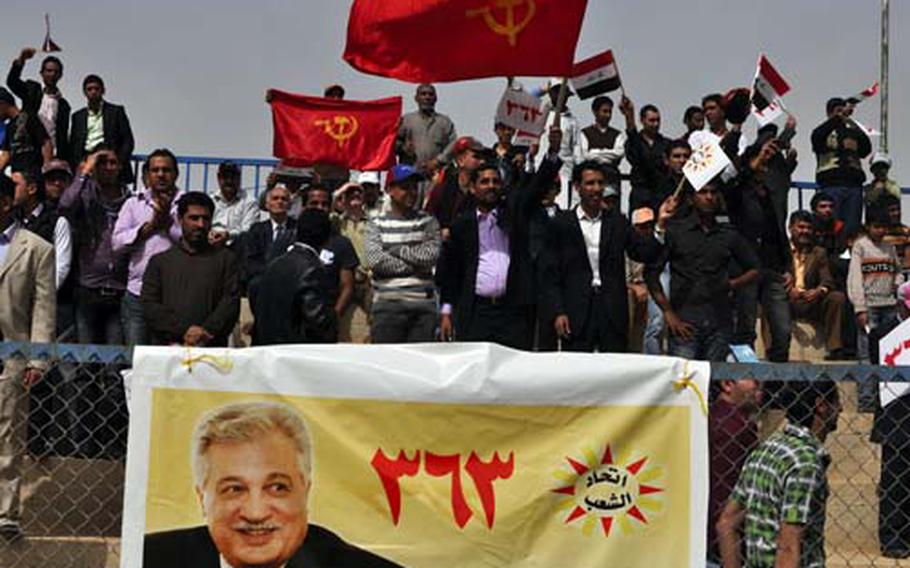 BAGHDAD &#8212; Four years ago, most of the friends and neighbors gathered beneath iconic pictures of Che Guevara and Gandhi in Hussein al-Najar&#8217;s living room either didn&#8217;t vote or cast their ballots for candidates whose chances might have been summed up by another icon: Don Quixote.

But as Iraqis prepare to go the polls on Sunday, the country&#8217;s once disorganized and disillusioned secularists believe momentum is on their side.

&#8220;People have seen the results of sectarian politics and religious parties, which have basically been a disaster for this country,&#8221; said al-Najar, a high school principal. &#8220;They are ready for a different way.&#8221;

Hopes that a relatively secular political middle ground could emerge in Iraq have proven wildly inflated before &#8212; at no time more so than during the 2005 parliamentary elections, when secular candidates were swept under by a wave of support for Shiite parties backed by the country&#8217;s clerical establishment.

But there is at least some evidence to support al-Najar&#8217;s confidence. A cross-sectarian coalition led by former Interim Prime Minister Ayad Allawi, a secular Shiite, has polled strongly in the run-up to the vote and emerged as a viable challenger to the country&#8217;s more overtly religious Shiite parties, which have steadily lost ground in recent years.

None of the current alliances are likely to come close to an outright majority in Sunday&#8217;s vote. But secularists hope a strong showing at the polls will give them a loud voice in forming &#8212; or perhaps leading &#8212; the next government. Among other things, that would provide a counterbalance to Iranian influence in Iraq, which has emerged as a prime U.S. concern as American troops begin to depart.

For those gathered in al-Najar&#8217;s living room Thursday evening, however, the stakes are less about geopolitics than a rebalancing of domestic life.

&#8220;People here feel suffocated,&#8221; said Hussein Ali, a college student. &#8220;There are no theaters, no parks, nothing for young people to do. All of this is being completely neglected and not just because of security. Now, security is good.&#8221;

The group of neighbors who have settled into a sort of nightly debating society here see their own neighborhood as symptomatic of the costs of sectarian politics. A mixed, blue-collar area known as Hay al-Amil, or &#8220;Neighborhood of the Workers,&#8221; the area became a battleground for Sunni and Shiite militias shortly after the 2005 election.

That was a focus of the U.S. troop &#8220;surge&#8221; in 2007. Tangles of electrical wires hang low over the streets. Al-Najar points out the homes from which snipers once kept watch.

&#8220;I think we can see that Iraqi politicians are now the ones making the decisions,&#8221; Ali said. &#8220;And there is also increased awareness among the people about what is going on, so hopefully this will lead in the end to better government.&#8221;

It has, in any case, led to a more interesting election, they say.

&#8220;The first election, you could accurately predict exactly what was going to happen,&#8221; said Lukman Ahmad, a Kurd who recently returned to the neighborhood from exile in Sweden. &#8220;This time we don&#8217;t know what will happen, and that in itself is an improvement.&#8221;

Evening settles in around al-Najar&#8217;s living room. The talk ebbs and flows, wandering off into a debate on the origins of various Arab poets, and a discussion of the oddities of the militiamen who once controlled their streets.

But, as the lights flicker on and off, talk keeps circling back to the politics at hand.