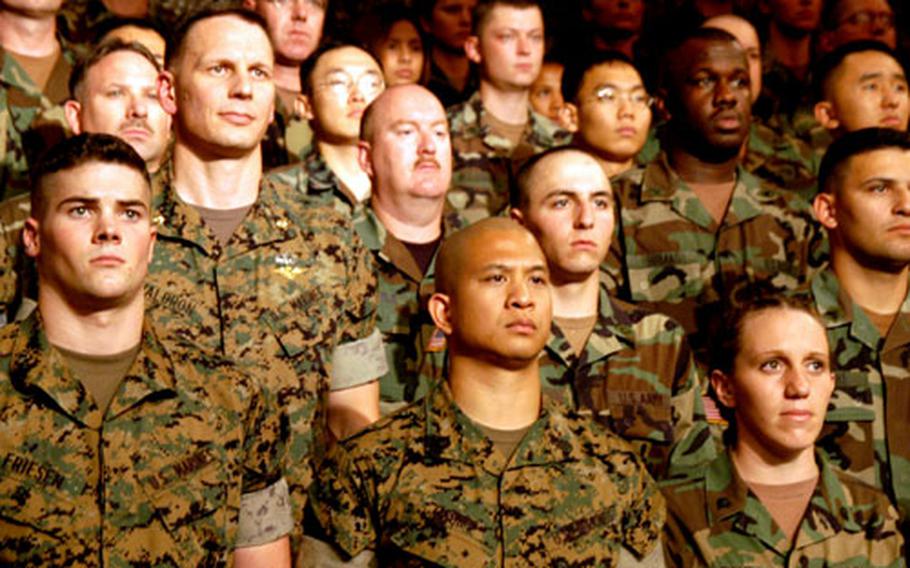 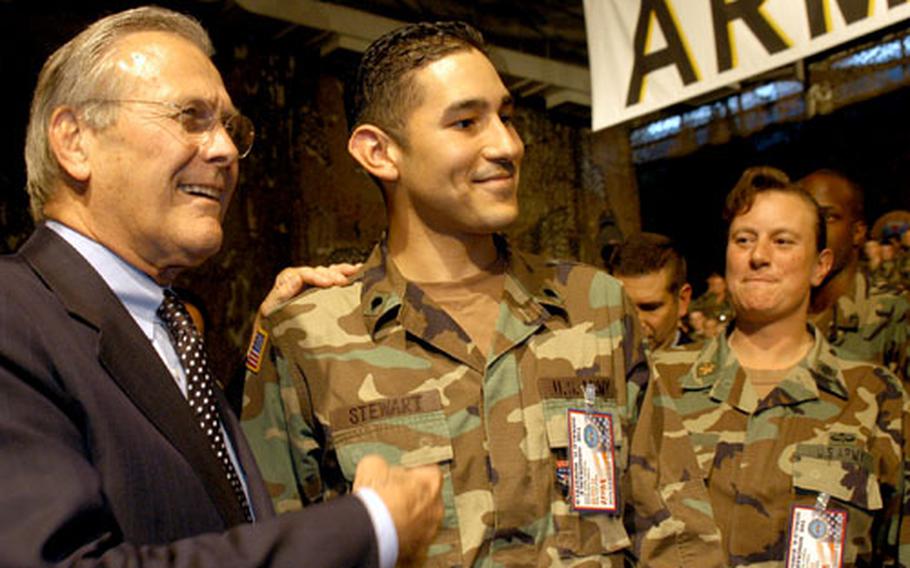 SEOUL &#8212; An exuberant crowd of almost 2,000 gave Defense Secretary Donald Rumsfeld a rousing welcome Friday when he stepped to the podium for a question-and-answer session at Yongsan Garrison.

Troops interviewed after Rumsfeld&#8217;s appearance said they found him to have a likable mix of broad knowledge and senior-level responsibility tempered by a down-to-earth presence and a sense of humor.

Servicemembers said they took fresh heart from his repeated message to them that he and the American people value and support them and their military service.

Rumsfeld spoke to an audience of 1,950 &#8212; about 1,400 of them servicemembers, the rest mostly family members, a USFK spokesman said.

&#8220;I just saw that he was shaking people&#8217;s hands and I waited in line and took the opportunity to say hello,&#8221; she said. Her mother attended New Trier High School in Chicago, she said.