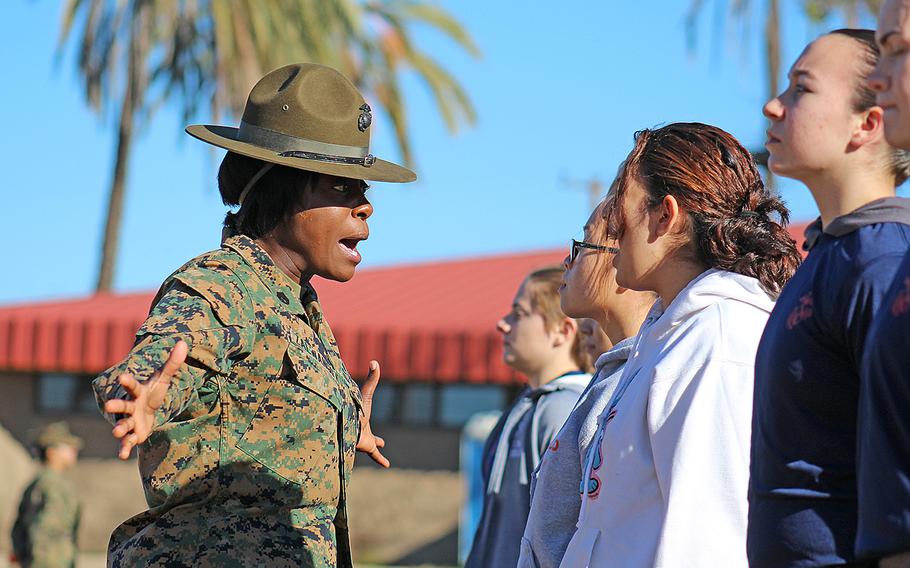 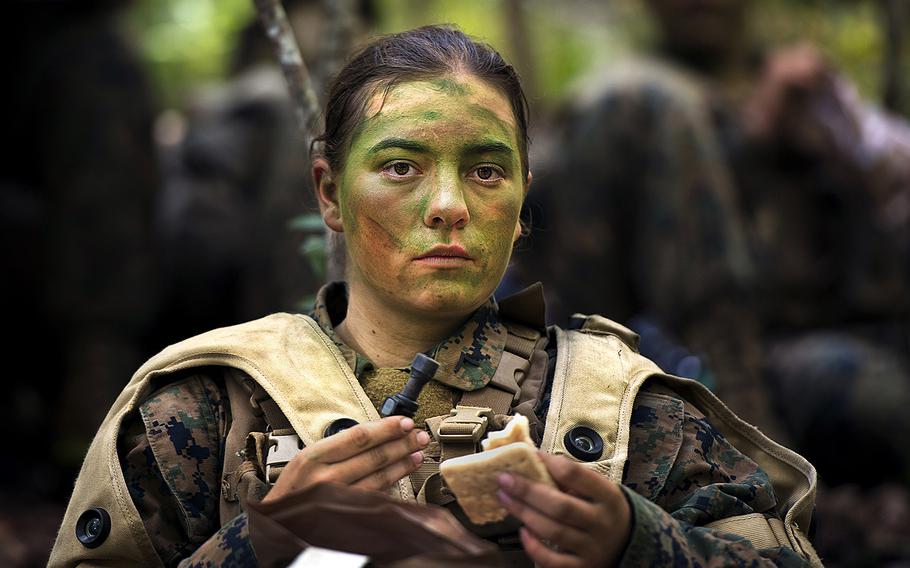 WASHINGTON — Secretary of the Navy Ray Mabus has instructed the Marine Corps to end gender-segregated initial training by April to comply with Defense Secretary Ash Carter’s decision to open all military jobs to women.

In a memo dated Jan. 1 to the Corps’ Commandant Gen. Robert Neller, Mabus ordered the top Marine to submit a gender implementation plan by Jan. 15 to integrate enlisted basic training and officer candidate school and to provide him a “subject matter expert point of contact.”

“In this submission, identify specifically where, if anywhere, this training is already integrated, where it is separate, and specific steps that you will take to fully integrate these trainings,” Mabus wrote.

The Marines – as well as the Army, Navy and Air Force – recently submitted a gender integration plan to Carter detailing how they intended to open all previously male-only jobs to female troops. The plans are being reviewed by the Pentagon’s implementation working group, co-chaired by Deputy Defense Secretary Bob Work and Air Force Gen. Paul Selva, the vice chairman of the Joint Chiefs of Staff.

The Marines submission focused primarily on integrating women into the 22 previously restricted occupations and did not address entry training, a Marine Corps official said. The official, who spoke on condition of anonymity because he was not authorized to discuss the matter publicly, called the 15-day timeline to submit the plan “aggressive,” but said the service would comply.

The Marine Corps is the only military branch that segregates its entry training. While the service has two enlisted boot camp locations, women only attend Marine Corps Recruit Depot Parris Island, S.C., where they spend the 12-week training cycle entirely segregated from their male counterparts. Female Marine officer candidates do train alongside males at Officer Candidate School in Quantico, Va., but they live separately and are assigned to segregated companies.

It was not immediately clear whether the Marine Corps would integrate Parris Island and Recruit Depot San Diego or what changes it would need to make to officer candidate school.

“Co-location does not meet the requirement for gender-integrated training,” Mabus wrote in his memo.

Making enlisted boot camp coed would likely require changes to infrastructure -- such as restrooms and living quarters -- and perhaps the size of the staff, the Marine official said.

In a second memo sent to Neller on Jan. 1, Mabus also instructed the Marines review the titles of their jobs to make them gender-neutral.

“As we achieve full integration of the force, mirroring even more closely the nation we defend, this is an opportunity to update the position title and descriptions themselves to demonstrate through this language that women are included,” Mabus wrote. Adding, that “man” should be removed from titles.

The Navy secretary instructed Neller to provide a report on the changes by April 1.

Carter announced Dec. 3 that he would open all military jobs to female troops. His decision followed years of studies on the impact that integrating women into the traditionally all-male jobs and units would have on the military.

The Army, Air Force and Navy secretaries and the commander of U.S. Special Operations Command supported Carter’s decision, while the Marine Corps commandant asked for exceptions for several jobs, including in the infantry and armor fields. Carter did not grant the Corps’ request.

In his January memo, Mabus applauded Neller’s efforts to comply with Carter’s new policy and acknowledged the Marines will face challenges that they’ll overcome through “education and leadership.”

“I commend you for prioritizing this implementation ... and I look forward to seeing the progress that the Marine Corps makes as you work diligently to implement and sustain the content, spirit and intent of this policy,” he wrote.