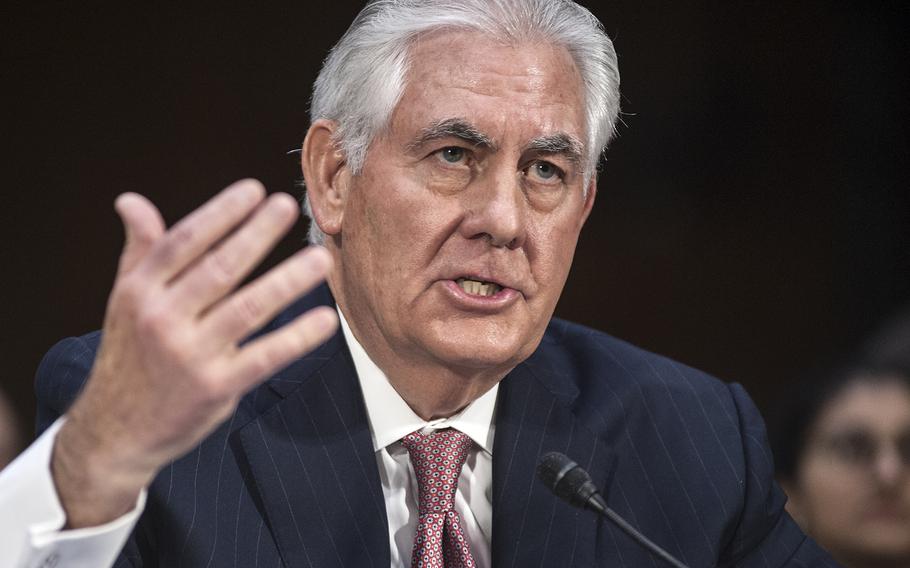 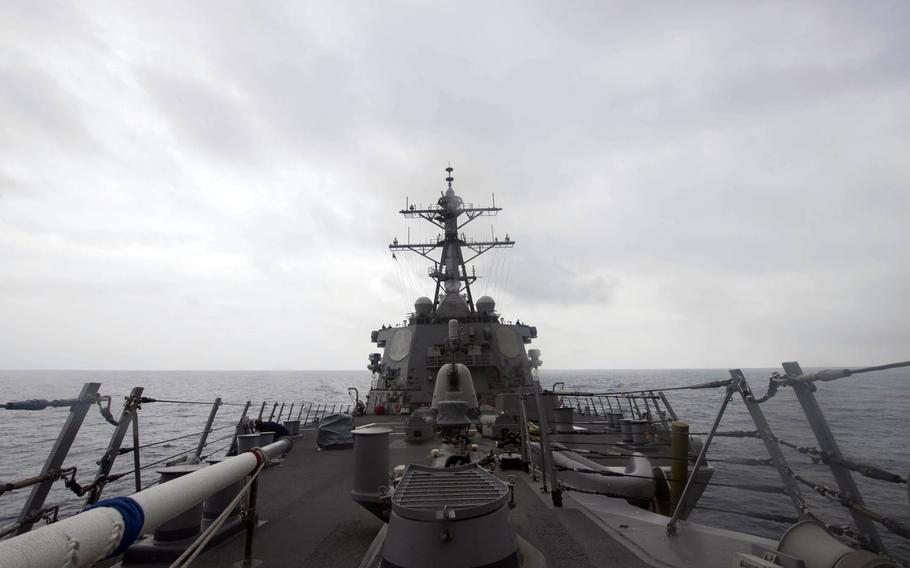 China should not be allowed access to artificial islands it has built atop disputed reefs in the South China Sea, Rex Tillerson, Donald Trump’s pick for secretary of state, said Wednesday.

Tillerson’s remarks during a confirmation hearing by the Senate Foreign Relations Committee came after he was asked whether the incoming administration should take a more aggressive stance on China’s actions in the sea, where about $5 trillion in trade transits annually, including more than $1.2 trillion in U.S. commerce.

In the past few years, China has topped reefs in the sea with more than 3,000 acres of landfill and added radar, artillery and long runways capable of hosting bombers and other aircraft, according to Pentagon reports and satellite imagery.

China claims nearly 90 percent of the South China Sea, despite competing claims from other nations and an international court ruling last year that invalidated several of Beijing’s arguments.

“We’re going to have to send China a clear signal that, first, the island building stops, and, second, your access to those islands is also not going to be allowed,” Tillerson said.

He did not elaborate on how the U.S. could block Chinese ships and aircraft from the islands it has constructed. Sen. Cory Gardner, R-Colo., moved on to another question afterward.

Earlier in his testimony, Tillerson said failure on Washington’s part has allowed China to grow more assertive in its claims.

The U.S. military has launched freedom-of-navigation, or FON, operations challenging China’s assertions near the islands since 2015.

Although it had routinely transited the region before 2015, the U.S. hadn’t undertaken any public FON missions in the area during much of the prior island construction.

“In my view, building islands and then putting military assets on those islands is akin to Russia’s taking of Crimea,” Tillerson said. “It’s taking of territory that others lay claim to. The U.S. has never taken a side of those issues.

In July, the Permanent Court of Arbitration in The Hague ruled against China on nearly all major points brought by the Philippines regarding South China Sea issues.

One ruling stated that China’s “nine-dash line” on maps covering most of the sea was inconsistent with the United Nations Convention on the Law of the Sea, which China has ratified.

However, China did not participate in the case, and a Foreign Ministry official later referred to the ruling as “nothing more than a piece of paper.”

President Barack Obama has said the uninhabited Senkakus fall under the U.S.-Japan security treaty, which requires the U.S. military to defend Japan if under attack.

Tillerson suggested engaging with the Association of Southeast Asian Nations, or ASEAN, to help rein in China’s assertiveness.

However, China retains considerable influence within ASEAN, particularly among nations like Cambodia that do not have a South China Sea claim, and the regional group operates under a policy of consensus that often waters down statements on controversial issues.

A 2002 ASEAN declaration on the South China Sea — calling for nations to exercise “self-restraint” and refrain from inhabiting the islands, rocks and reefs there — has been largely ignored, according to most regional analysts.

Chinese officials did not respond immediately to Tillerson’s remarks Thursday. However, during a daily Foreign Ministry briefing Wednesday before his testimony, Chinese officials anticipated that Tillerson would dispute Beijing’s stance.

“We hope that parties outside the region will respect the aspiration and interests shared by countries in the region,” Foreign Ministry spokesman Lu Kang said.