Secretary of Defense Carter to embark on 1st domestic trip 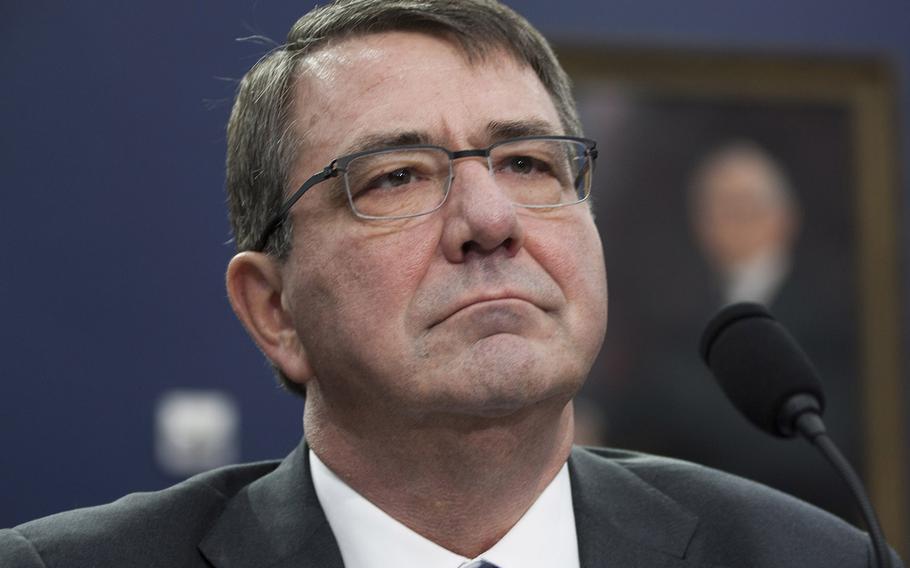 Buy Photo
Secretary of Defense Ashton Carter listens to the opening statements during a Capitol Hill hearing on Mar. 4, 2015. (Joe Gromelski/Stars and Stripes)

WASHINGTON — Secretary of Defense Ash Carter will embark next week on his first domestic trip since taking office, the Pentagon announced Wednesday.

The main focus of his visits will be on building “the force of the future,” according to Defense Department spokesman Col. Steve Warren.

On Monday, Carter will be returning to his high school alma mater in Philadelphia, Abington Senior High School, where he will deliver what is being billed as an important speech on what the U.S. military needs to do to attract quality recruits in an era where many young people will have little or no memory of the 9/11 terrorist attacks, an event which spurred many to volunteer to serve.

He will then go up to Fort Drum, N.Y., to talk with troops and discuss what the Pentagon can do to retain the warfighting skills that servicemembers have accrued during the wars in Iraq and Afghanistan.

While in New York, he will stop at Syracuse University on Tuesday to talk to students and conduct a roundtable discussion with members of the Syracuse-affiliated Institute for Veterans and Military Families. The focus of that meeting will be on transitioning servicemembers back into civilian life after they leave the military, according to Warren.