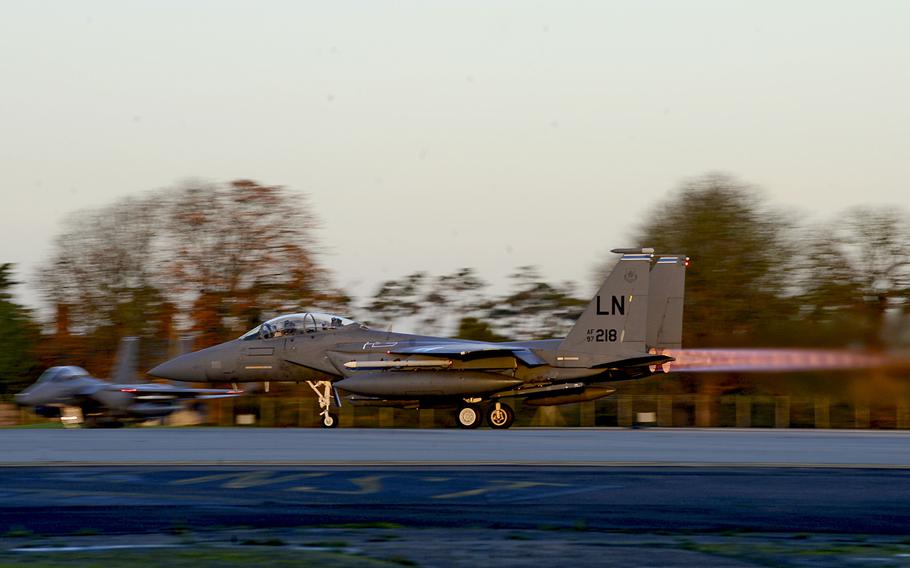 A second wave of F-15s arrived in Turkey on Thursday afternoon, as the United States continues to bolster its air combat power in close proximity to Islamic State strongholds.

The aircraft — which join a growing collection of American, Turkish and coalition aircraft operating out of the strategic Turkish base — will conduct ground-strike missions against Islamic State targets in neighboring Syria and Iraq, USAFE-AFAFRICA spokesman Master Sgt. Jess Harvey said.

In late October, about a dozen A-10 Thunderbolt II attack planes deployed to Incirlik. The A-10s, known for their ground assault capabilities, replaced six F-16s that were previously carrying out that mission from the Turkish base.

“We will continue to work closely with our Turkish partners on supporting the sovereignty of Turkish airspace and our shared efforts to degrade and destroy” the Islamic State, EUCOM officials said in a statement.

The Obama administration announced in July that, after months of negotiation, the Turkish government had agreed to allow the U.S. to launch manned and unmanned combat and surveillance missions from Incirlik and Diyarbakir air bases.