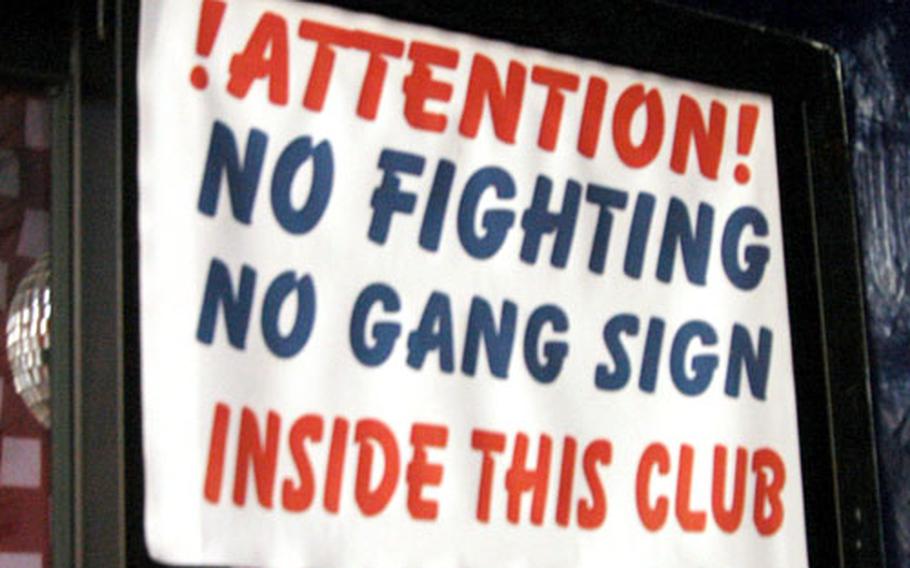 YOKOSUKA, Japan &#8212; The saga of the Jan. 4, 2005, gang beating ended Thursday with a suspended sentence for Petty Officer 3rd Class Jeremy Lamont Hill, one of two U.S. sailors accused of conspiring against a former member of the Crips.

Fukushima&#8217;s reason for suspending the sentences was due in part to the &#8220;social punishment&#8221; that a dishonorable discharge would bear on the sailors&#8217; future in the United States, he said.

The type of discharge will be decided by the sailors&#8217; commanding officer, said Commander, U.S. Naval Forces Japan spokesman Cmdr. John Wallach last week. The sailors will not be in Japan for the four years of probation set out in the sentence, as all military personnel convicted in Japanese court are sent back to the United States 30 days after the final judgment is made, he said.

The four men stopped the car on a Hayama street and took turns beating and kicking Brown in the head and body. The assailants left Brown unclothed and unconscious, and he was hospitalized for a month after the attack. Brown still has trouble with his vision and memory, according to prosecutor Sayaka Matsuno.

But it&#8217;s not fair that Lee and Hill got the same sentence, Brown said. Hill apologized several times to both Brown and his wife and gave them $6,000 in compensation, Brown said, but Lee never said he was sorry or paid compensation.

Lee blamed his role in the attack on Hill and the other alleged assailants, saying he was &#8220;just following orders&#8221; under the hierarchy of the Crips. He received a death threat for exposing the truth, he testified in court last week.

Brown has no plans to appeal either of the suspended sentences, as he wants to concentrate on other pursuits, such as enrolling in college and learning Japanese, he said.