Seasonal spike in shoplifting at exchanges is greeted with vigilance 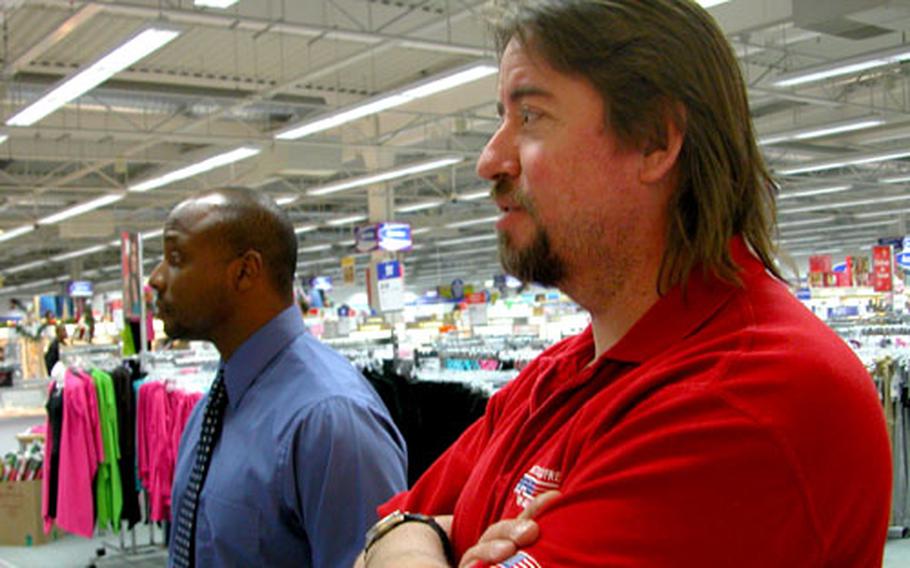 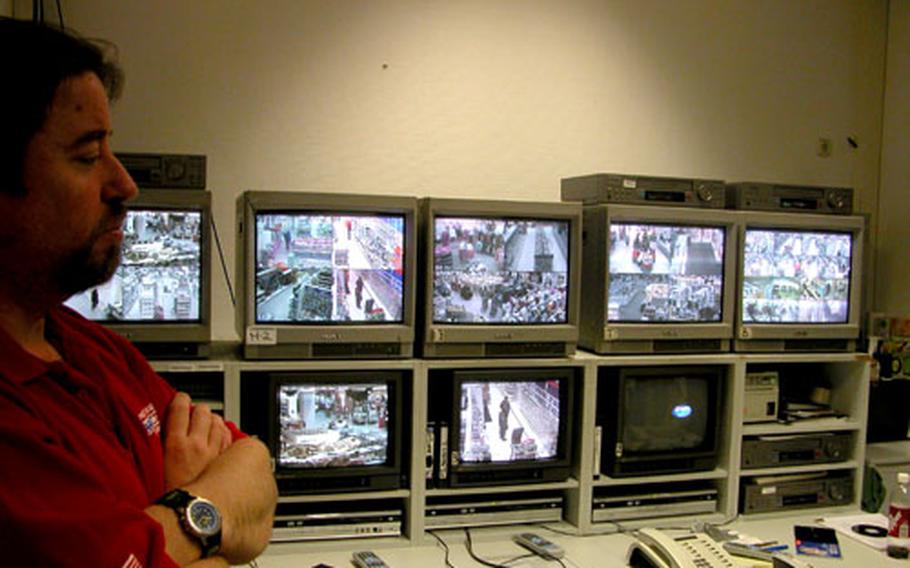 W&#252;RZBURG, Germany &#8212; During the week before Christmas at the Leighton Barracks post exchange, chaos was the order of the day.

Last-minute shoppers bustled about, searching for gifts, often with screaming children in tow. Lines were long and people milled about, looking for what to buy.

But Army and Air Force Exchange Service loss-prevention managers Steve Boyd and Sid Harris were looking for something else on those days. As shoppers increase over the holidays, so do shoplifters, and Harris and Boyd worked to stem the loss of stolen merchandise.

Of the roughly 1,100 alleged shoplifter apprehensions this year at European base exchanges, about 10 percent have been at the W&#252;rzburg store, he said.

Thefts at AAFES exchanges are up by about 11 percent worldwide this fiscal year, Koloski said. Last year, thefts cost AAFES about $19 million, he said, and AAFES spends about $25 million annually to prevent theft.

According to a University of Florida study cited by Koloski, shoplifting in the United States accounts for about one-third of losses at retail stores nationwide.

Any age can shoplift, Boyd said this week as he surveyed the W&#252;rzburg exchange&#8217;s approximately 45 security cameras. Over the years, he has seen 90-year-olds and teenagers alike try to pocket merchandise.

One 62-year-old woman who was stopped and detained said she had to go find her husband, dropping the stolen goods as she walked back through the store, Boyd said.

Christmas seems to bring out more thievery for a variety of reasons, AAFES officials said, citing younger people on break from school and the lure of unaffordable gifts.

Small items, such as electronics, are popular theft items, he said, but other types of theft are increasing on installations throughout Europe as well.

&#8220;The biggest, newest thing hitting Europe hot and heavy is the &#8216;drive off&#8217; at the gas stations,&#8221; he said, adding that AAFES officials are also seeing more price tag switching at exchanges.

It is hard to say whether more shoplifting occurs at overseas exchanges than at stateside stores, Koloski said. For young people, peer pressure and boredom can play a role in shoplifting.

AAFES security officials also see shoplifting rings, where customers steal from one base and return the goods at a different exchange, McGhee said.

AAFES computer systems keep track of how many returns without receipt a given customer brings in and, if the person is determined to be suspicious, customer service employees can call security to have the individual followed by a camera after the refund, Boyd said.

A decision to follow a suspected thief is made on a case-by-case basis, he said.

To offset the financial losses of theft, AAFES implemented a program in 2002 that charges shoplifters or their sponsors a $200 administrative fee for any theft. Any other punishment determined by base commanders is added to that.

If the theft problems are to be effectively combated, AAFES officials said, more consistency in punishment on the part of installation commanders is needed.

&#8220;Different commanders tend to put different priority on it,&#8221; Koloski said. &#8220;Some installations have great juvenile review boards, where they appear before the board with their parents. Some of them, all that happens is they lose their ID cards.&#8221;

While the Christmas shopping season will end, McGhee said that he knows the thefts will continue.