Seabees smile after this drill 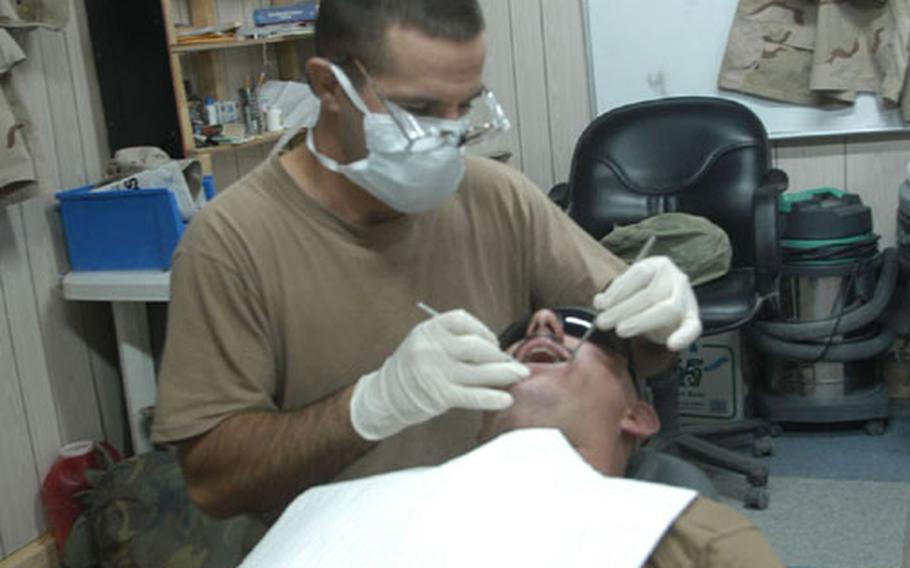 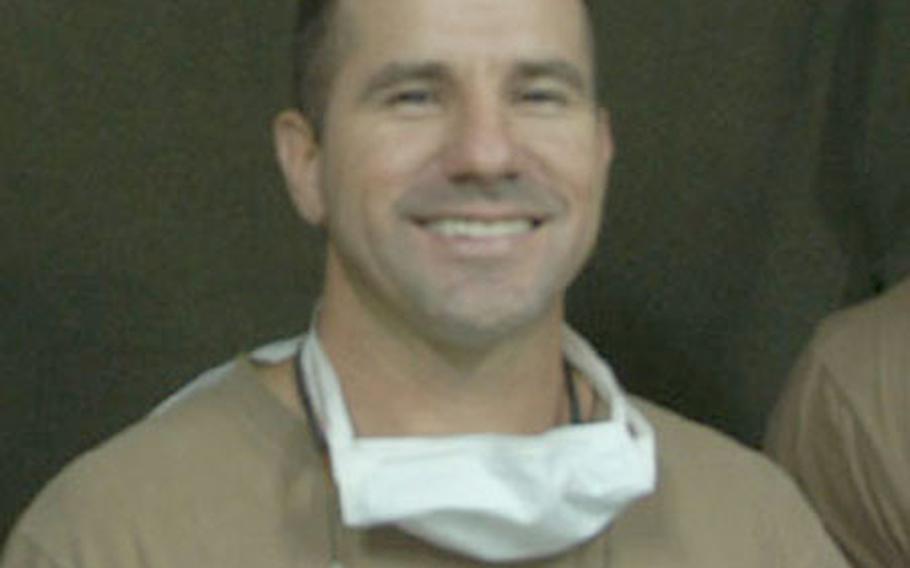 CAMP MOREEL, Kuwait &#8212; For Lt. Jose M. Avila, with the Navy mobile construction battalion base here, it&#8217;s like pulling teeth to get sailors to come into his office.

And when they don&#8217;t come in, he&#8217;s been known to stand outside with a bullhorn to drum up business, or even send his staff out looking for sailors to bring in.

Avila, a Navy dentist, and his team pull teeth, discourage tobacco use and hunt down tardy and forgetful patients at Camp Moreel, on Ali Al Salam Air Base.

Avila, 35, had wanted to join the Navy ever since he set foot in the United States in 1993.

He was a practicing dentist in his native Cuba when he boarded a raft that year to seek a better life. Five days later, a cruise ship picked him up at sea and delivered him to Miami.

Several things kept him from becoming a U.S. sailor right away: He didn&#8217;t know a word of English; he had to take a military vocational exam and he had to gain U.S. residency.

Two years after arriving in the United States and still barely able to speak English, Avila enlisted. He was a hospital corpsman for four years, long enough to take national dental board exams and learn English.

He joined a two-year accelerated dental program at the University of Pennsylvania for foreign professionals. On May 21, 2001, he graduated and was commissioned a Navy lieutenant, an O-3, and is now with Construction Battalion 133.

Their office is air-conditioned. A radio calms patients. They have cool water and carpeting, one of the rarest of finds in a military camp in Kuwait.

Avila took scraps of carpeting he and Almon found and installed it in a checkered pattern.

Avila is one of three military dentists in Kuwait. He sees all Navy Seabees, whether they like it or not. He also serves other services for emergency needs.

In the six months or so he has been in Kuwait, Avila has pulled a wisdom tooth, pulled about 10 other teeth, filled cavities and lectured sailors on the dangers of tobacco, which most use, he said.

Living in a small and dusty camp has brought Avila closer to his patients than he was in Gulfport, Miss., where the battalion is based.

That helps allay the fears some people have of the dreaded dentist. But still there are those who hesitate when it comes to seeing a dentist.

When that happens, Avila has been seen standing outside his office with a bullhorn, reminding patients of dental care. If patients are late for an appointment, Avila seeks them out.

With his brother&#8217;s tales of traveling in the Cuban army fresh in his mind, Avila was eager to deploy to Kuwait and Iraq.

Avila&#8217;s dental crew was assigned to a decontamination team in Iraq, and he joined them for an unnerving month, waiting to react to chemical attacks.

Back in Kuwait, the staff worked in chemical suits for a month. Those days were difficult, but Avila said the hardest part about duty in Kuwait is not having the supplies he needs.