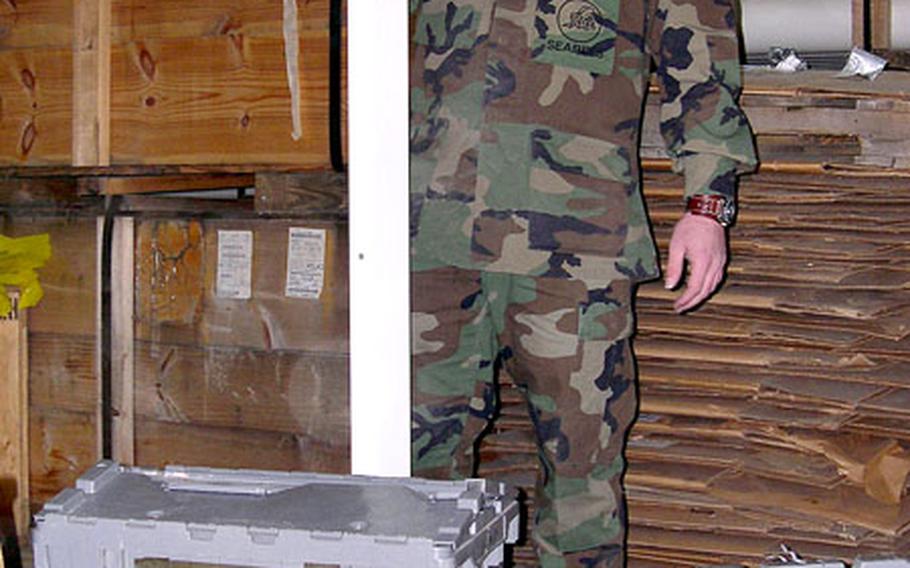 NAVAL STATION ROTA, Spain &#8212; For members of Naval Mobile Construction Battalion Four, the last six months have been both rewarding and heartbreaking.

While the unit has built such things as polling stations in Iraq, a fitness track in Spain and a playground for needy children in Albania, the Seabees also bid farewell to three of their own on their deployment.

While everyone in the battalion is proud of their work and elated about returning home to Port Hueneme, Calif., the unexpected deaths of their comrades has left some feeling &#8220;numb.&#8221; Some are concerned that the reality of the losses might not sink in until they get back to their homeport.

Battalion Seabees spread out from the Bahamas to west of Baghdad in August as part of the regularly scheduled deployment. The main body of the unit went to Fallujah, Iraq, while smaller teams went to Rota; Guantanamo Bay, Cuba; Sigonella, Sicily; Souda Bay, Crete; and Dukat, Albania.

In September, Knott, a steelworker with the battalion, was killed in a mortar attack while working in Fallujah.

The following month, Adams broke his leg while working on a school renovation project in Albania. The assistant crew leader went into cardiac arrest two days after surgery and died.

And on Jan. 6, the 23-year-old Gaspar died as a result of a brain aneurysm.

Petty Officer 1st Class Skip Jensen said what makes the deaths difficult is that there is likely nothing anybody could have done to prevent them. They can only curse fate.

Although the loss of their fellow shipmates emotionally blindsided some Seabees, the battalion continued with its work.

Seabees in Iraq faced the most dangerous and arduous conditions, working long days dodging indirect fire and traveling across roads lined with homemade bombs. Some of the members earned combat action ribbons and purple hearts during the deployment.

After the U.S.-led assault against insurgents in Fallujah in December, Seabees with the battalion worked with Iraqi contractors to clean up the war-torn town.

They pumped out more than 60 million gallons of water from the streets, cleared roads of debris and helped restore basic services.

Senior Chief Petty Officer Chris Sparks, a builder with the battalion, said he is surprised at how people could give so much effort day after day.

One of the final projects the Seabees worked on was a pair of polling stations in western Iraq near Jordan to help support the country&#8217;s first election in decades.

Knowing that Iraqis seized the opportunity to vote at one of the polling stations built by Seabees &#8220;give(s) some closure&#8221; to the battalion&#39;s deployment, Sparks said.

While half of the unit should be home by the end of the month, the group in Iraq will be the last to arrive back in California.

As many prepare for the journey home, they said they can&#39;t help but think of their fallen shipmates.

Naval Mobile Construction Battalion One, based in Gulfport, Miss., will replace Battalion Four and arrive at Camp Mitchell in Rota later this month.