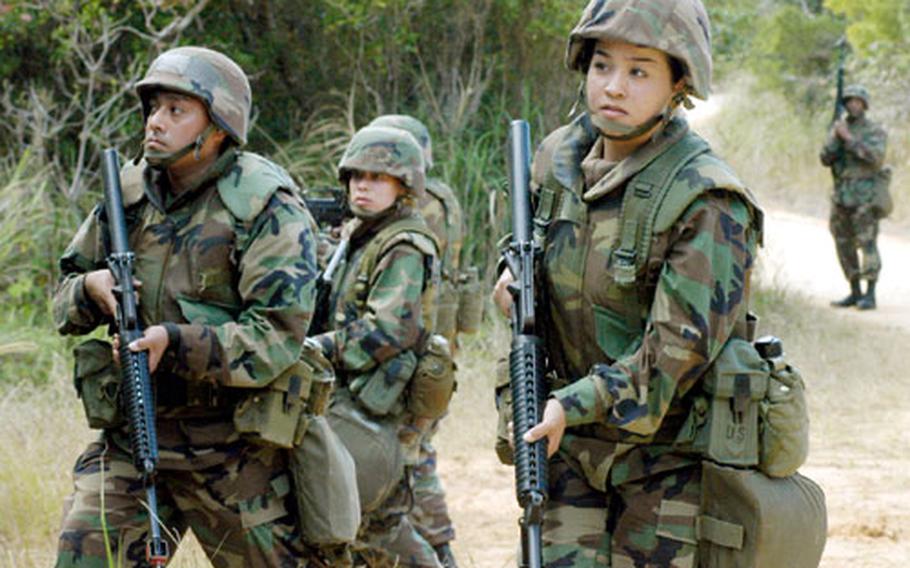 A squad of Seabees from Naval Mobile Construction Battalion Five ease along a winding, narrow road while attempting to secure a camp perimeter during a training Exercise Tuesday near Camp Hansen. (Mark Rankin / S&S)

A squad of Seabees from Naval Mobile Construction Battalion Five ease along a winding, narrow road while attempting to secure a camp perimeter during a training Exercise Tuesday near Camp Hansen. (Mark Rankin / S&S) 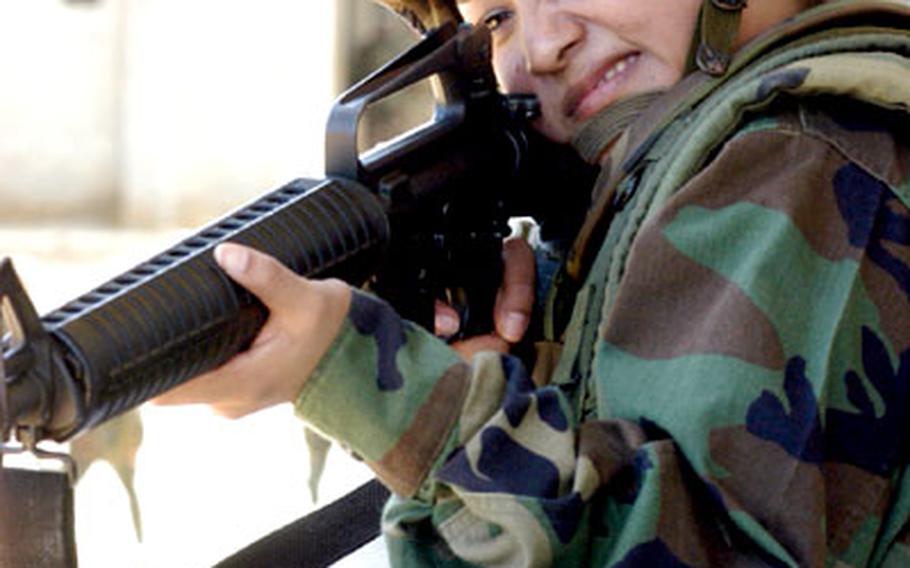 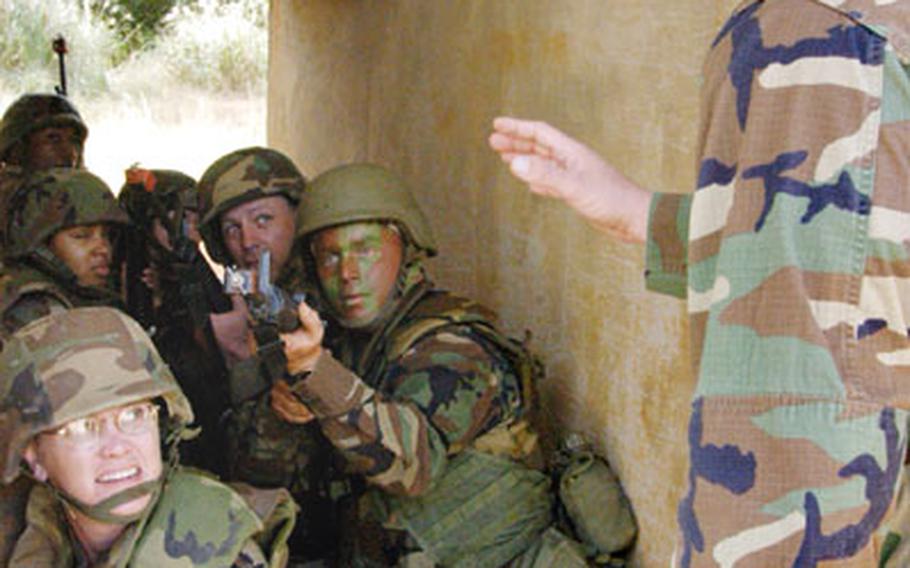 Petty Officer 1st Class Darin Bathrick, an NMCB-5 battalion instructor, teaches proper procedures of how to sweep a building while under fire from the enemy, during a mock training scenario near Camp Hansen, Okinawa, on Tuesday. The Seabee battalion, from Port Hueneme, Calif., is on a seven-month deployment to Okinawa. (Mark Rankin / S&S)

This scenario sounds similar to what soldiers are now experiencing in Iraq, but these sailors are Seabees from Naval Mobile Construction Battalion Five, based in Port Hueneme, Calif., and on a seven-month deployment to Camp Shields.

The battalion is honing its war-fighting skills in a four-day field training exercise in the urban jungle terrain of northern Okinawa near Camp Hansen.

With every deployment here each battalion must spend time in the field training and fine-tuning in case it is called to battle, battalion officials said.

&#8220;This is realistic as it gets,&#8221; said Lt. Ken Schwalbe, battalion training officer, who helped coordinate the exercise.

In one exercise, Seabees supporting an &#8220;air detachment&#8221; took turns sweeping a simulated hostile area, securing the perimeter before the rest of the battalion arrived.

&#8220;This is important, so we know how to properly enter and defend a camp, throw on the chemical suits and properly prepare before deploying,&#8221; she said.

A group of enemy soldiers operates under the close eye of the battalion safety office and acts as aggressors.

Once the battalion returns to Camp Shields, the training department will start fixing weak areas learned from the scenarios.