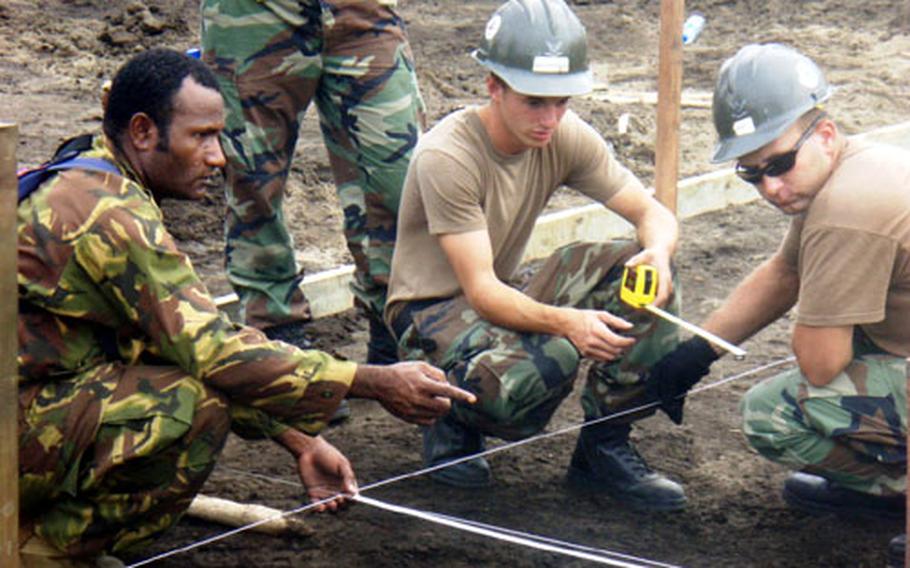 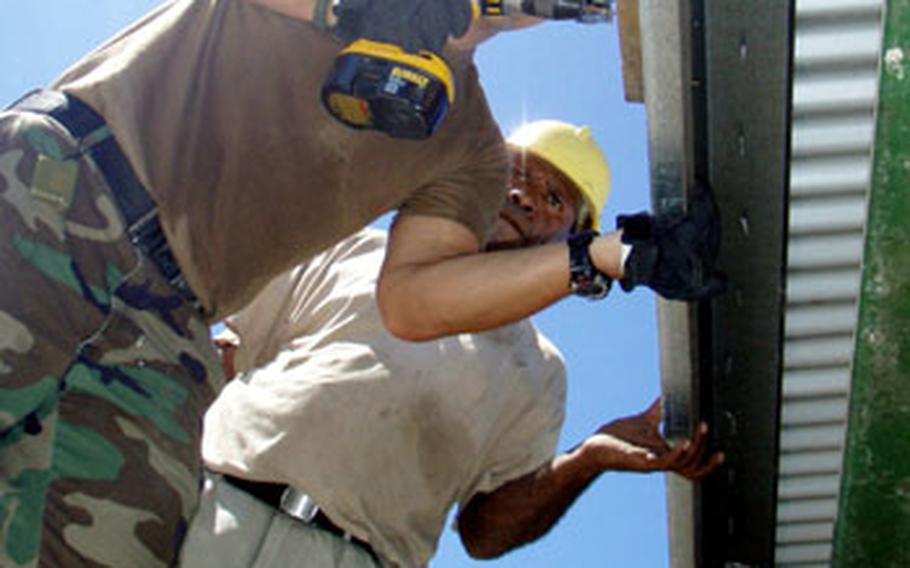 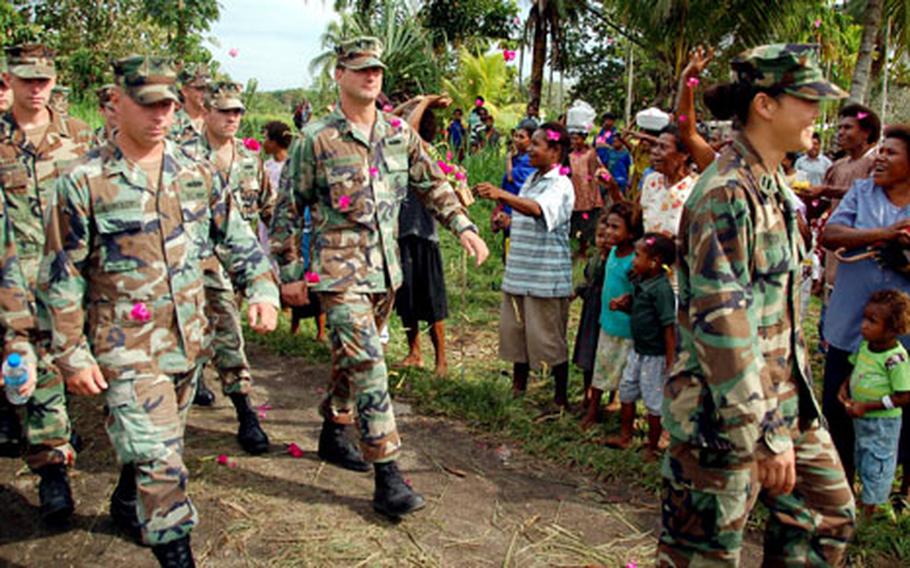 U.S. Navy Seabees and soldiers from Papua New Guinea just completed five construction projects in the country&#8217;s remote Oro Province after a cyclone tore through the area last fall, according to a news release.

More than 100 miles northwest of the capital, Port Moresby, the two militaries worked side by side to build two health clinics, construct a double classroom building and upgrade two water systems as part of Pacific Partnership 2008. Their work, which began July 9 and ended Tuesday, will impact more than 19,000 people.

The sailors are assigned to Naval Mobile Construction Battalion 133 from Gulfport, Miss., while the soldiers work for the Papua New Guinea Defence Force Engineering Battalion.

In the release, provincial government member Peter Bogembo said the hospital sees more than 600 patients a day. The two new clinics will help spread the patient load, he added.

"When the disaster came, we needed proper shelters for our children to continue their education programs," Bogembo said in the release.

"We want to thank all the United States personnel and PNG soldiers who finished this project so that our children can continue their education and add values to their lives."

While most are based off the naval hospital ship USNS Mercy, the 20 Seabees in Popondetta have been flying to their missions as a separate independent unit.

"When we got here, these crews worked long days and often times through difficult obstacles where it was very easy to forget why we were here," Lt. Amy Yoon, officer in charge of the Seabees, said in the release. "However it was the faces of the children and their smiles that reminded us the kind of impact that we could have in this country."