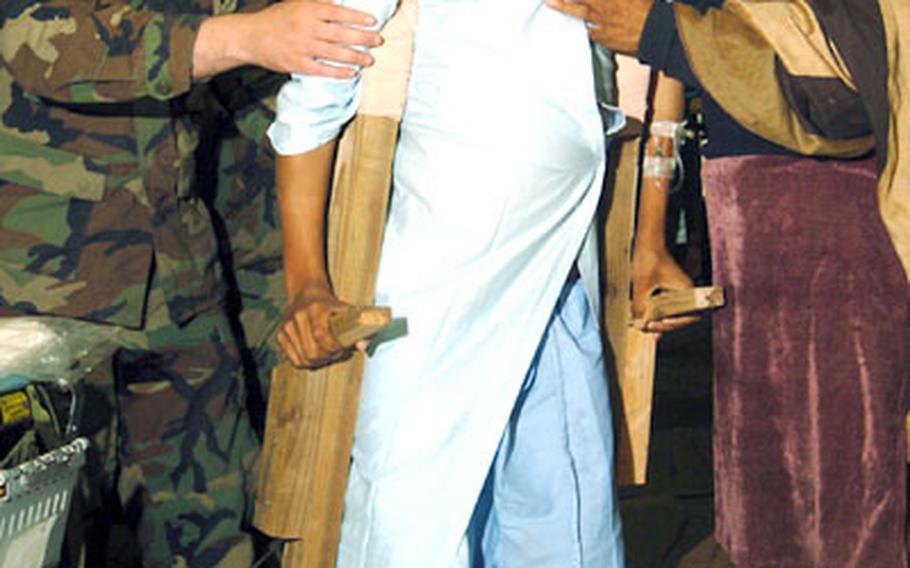 A Pakistani boy with a broken leg, helped by Cpl. Andrew Woughter and the boy&#39;s mother, tries out his new crutches, built by a U.S. Navy Seabee. (Eric S. Powell / Courtesy of U.S. Navy)

A Pakistani boy with a broken leg, helped by Cpl. Andrew Woughter and the boy&#39;s mother, tries out his new crutches, built by a U.S. Navy Seabee. (Eric S. Powell / Courtesy of U.S. Navy) 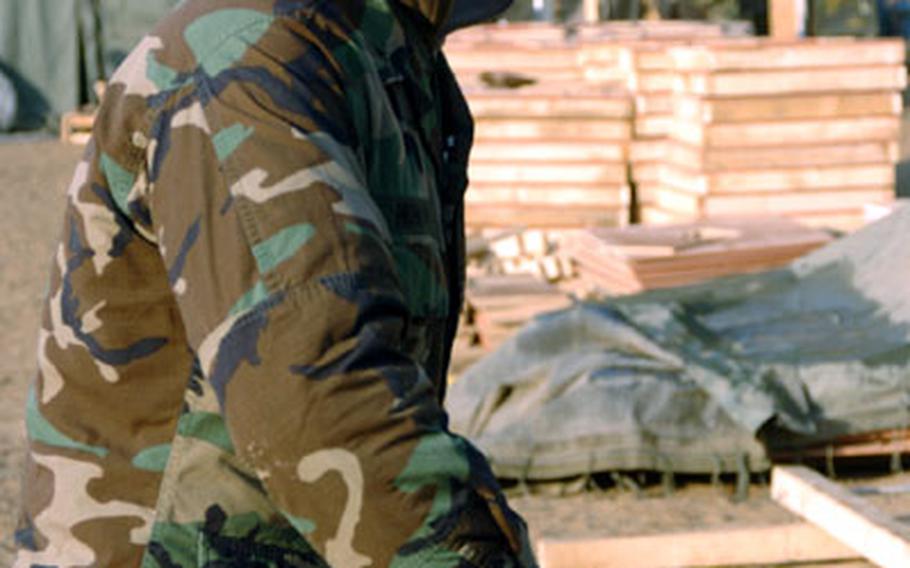 Some guys with the Seabees&#8217; Naval Mobile Construction Battalion 74 think John Howard looks like Ron Howard, when he was about 6 years old and played Opie on the &#8220;Andy Griffith Show.&#8221;

Opie, though, wasn&#8217;t tall and rangy. He had no mustache. He didn&#8217;t smoke Marlboros one after the other, and let you bum one whenever you wanted.

And Opie didn&#8217;t know the first thing about earthquakes in Pakistan, or tearful children with broken legs who&#8217;d maybe lost a mother or father.

Howard, though, packed his bags for Pakistan when his unit deployed from Okinawa with those children in mind: Hard hat, check. Flashlight, check. Teddy bears and Hot Wheels, check.

Howard was working in the yard at the Seabees&#8217; camp in Muzaffarabad, probably making a table for the 212th Mobile Army Surgical Hospital, he said, when he was approached by his master sergeant. The hospital needed child-size crutches, the master sergeant said.

The MASH people knew they&#8217;d need crutches for kids; broken and crushed limbs are among the commonest earthquake-related injuries.

&#8220;In Angola, we had to hand out crutches left and right,&#8221; said Cpl. Andrew Woughter, hospital orthopedic technician. And there hadn&#8217;t even been an earthquake there.

But as the unit hurried to deploy to Pakistan, just a couple of weeks after returning from a month in Angola, there were no crutches available, Woughter said.

Howard said he put a lot of thought into what sort of crutches he would build.

He made the crutches &#8212; some six pair in about a week &#8212; during his off time, when he wasn&#8217;t doing his usual Seabee mission of rubble-clearing and other construction.

He has other things to keep him busy, too. After striking up a friendship with Woughter, Howard spent evenings volunteering in the hospital, helping move patients or doing whatever was needed. &#8220;I taught him how to do an IV yesterday,&#8221; Woughter said. &#8220;He did it better than some medics do.&#8221;

Building the crutches gave him another idea. Now he&#8217;s considering building some stilts, he said, for the guys.