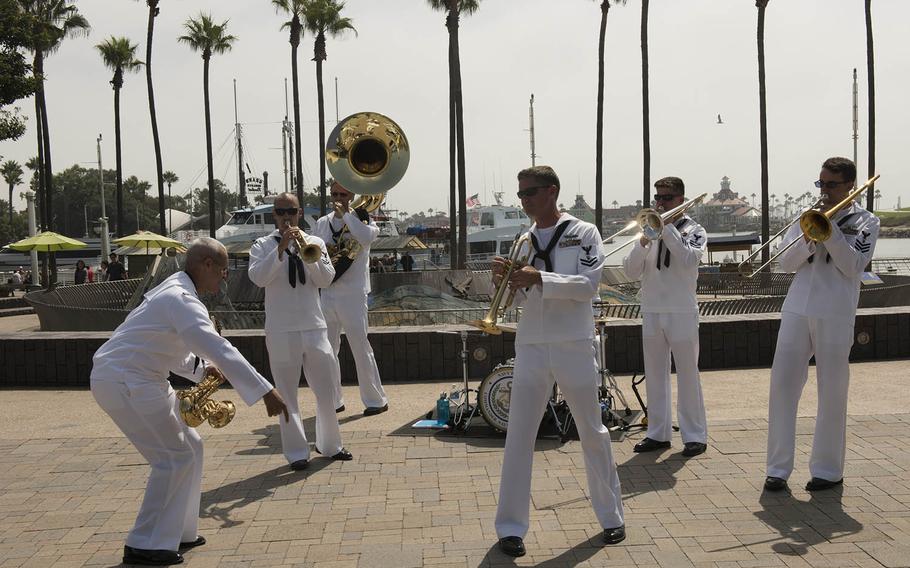 Sailors man the rails as the USS America arrives at the Port of Los Angeles for Los Angeles Fleet Week, Aug. 30, 2016. The inaugural event offers the public an opportunity to tour ships, meet sailors and Marines and gain a better understanding of how the sea services support national defense. (Robert Sanchez/U.S. Navy) 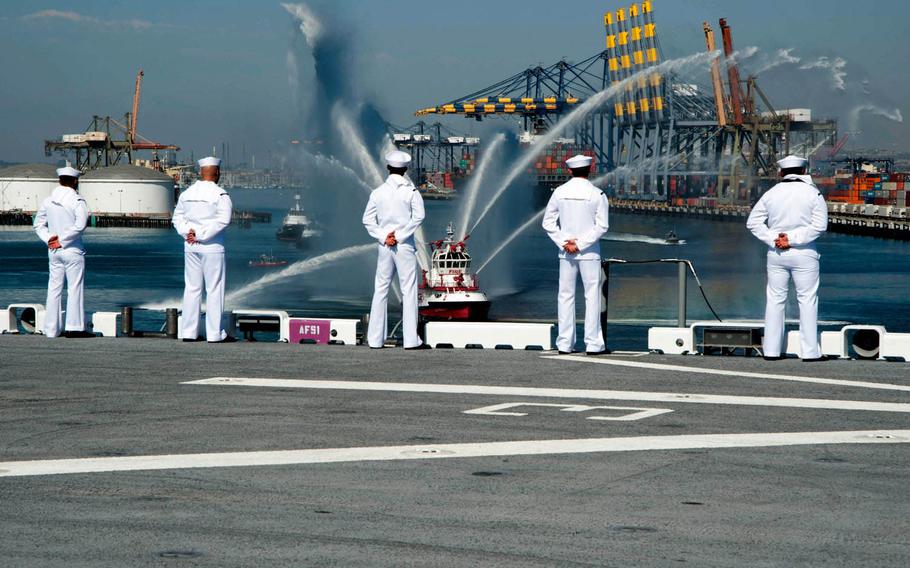 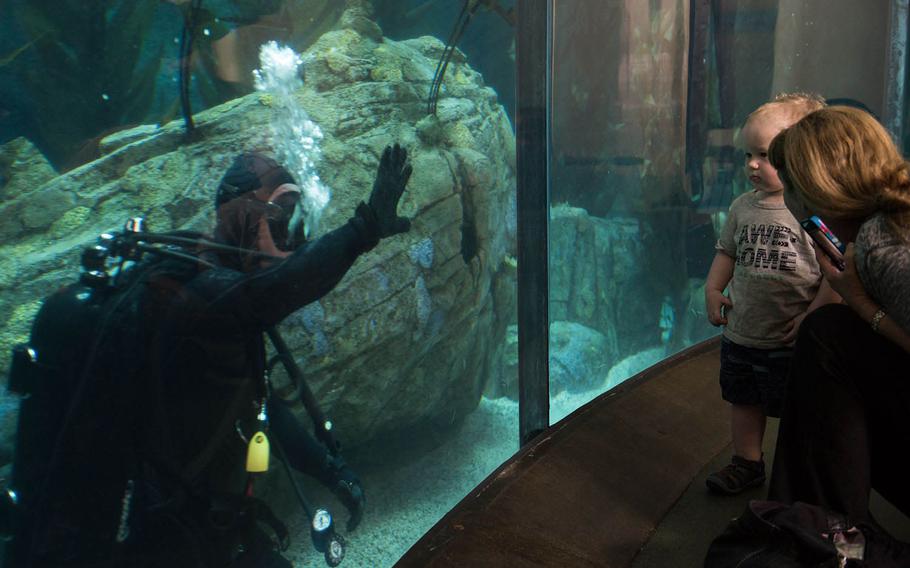 A Navy diver from Mobile Diving Salvage Unit 1 waves to a child during a presentation at the Aquarium of the Pacific during Los Angeles Fleet Week, Wednesday, Aug. 31, 2016. The inaugural event runs through Monday, Sept. 5. (Ryan Tabios/U.S. Navy) Fleet Week is underway at the Port of Los Angeles, marking the first time the sea services have brought the popular celebration to the City of Angels.

Through Monday, members of the public will have a chance to meet sailors and Marines and tour ships, including the guided-missile destroyer USS Wayne E. Meyer, the amphibious-assault ship USS America and the Coast Guard cutter Active.

Servicemembers will participate in community service projects, a Navy statement said. But many will get a chance to enjoy the city as well.

“Our hope is that the Marines and sailors will explore the local downtown and waterfront areas,” Arley M. Baker, senior director for the Port of Los Angeles communications group, said in a Marine Corps statement. “This is one of the oldest and proudest communities in L.A., and they are very excited to welcome [the servicemembers].”

The celebration will also feature a science, technology, engineering and mathematics expo, and Marines will show off ground vehicles and offer humanitarian, peacekeeping and warfighting demonstrations.

There will also be hourly flyovers of active and historical military aircraft. Jefferson Starship and other bands are slated to perform.

Up to 10,000 people are expected to attend the event through the long weekend, according to L.A. TV station KABC.