Sea fog arrives at Misawa for its annual visit 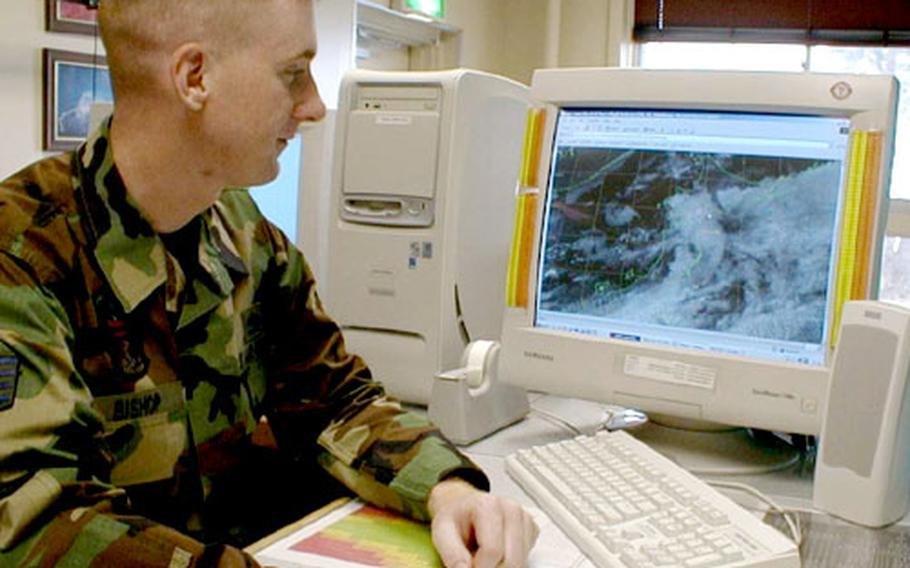 American and Japanese fighter aircraft and trainers remained on terra firma because a thick layer of sea fog kept ceilings at or below minimums needed for safe flying operations.

As certain as death and taxes, an annual sea fog invasion begins in Misawa in late May and extends into August.

Japanese residents refer to the marine sea fog as yamase, or east wind, according to a Japan Meteorological Agency forecaster.

&#8220;This year it may have started somewhat earlier than usual,&#8221; said Capt. Steve Barlow, commander of the 35th Operational Support Squadron weather flight.

That compares to an average rate of 8 percent to 10 percent at other Pacific Air Forces bases.

A boundary of warm air builds to the south of Misawa; an easterly wind, from a high-pressure ridge parked north of Misawa, propels the sea fog onto land.

Bishop said the warm air south of Misawa is behind the &#8220;Baiu,&#8221; the seasonal rain front that already has triggered Okinawa&#8217;s rainy season.

Commercial aircraft such as Japan Airlines and the American Trans Air Patriot Express landing at Misawa have precision radar systems that usually let them operate in thick fog.

Occasionally, a low-pressure system will move through the area, providing a respite from the sea fog. But if winds return to an easterly orientation, the foggy conditions will generally return.

Despite forecasting aids such as satellites, weather balloons and reports from Japanese Air Self-Defense Force weather missions, forecasting sea fog is far from an exact science.

But later this month, forecasters here should have some extra help.

Barlow said following an agreement between Japan and the United States, a GOES 9 weather satellite will be &#8220;parked&#8221; over the Western Pacific for the first time, replacing an ailing Japanese satellite.