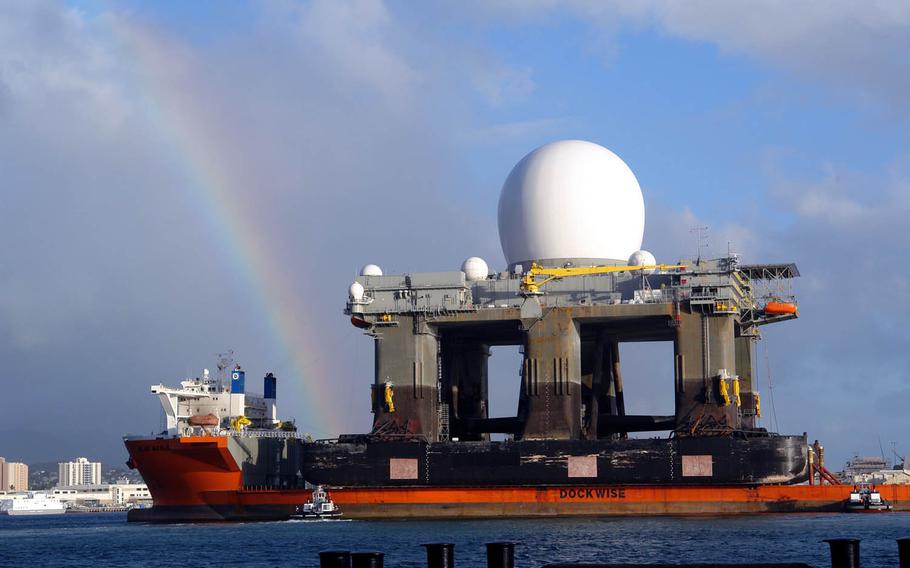 One of the Navy’s most mysterious vessels reportedly conducted a mission near the Korean Peninsula ahead of the first trilateral drills involving the U.S., South Korea and United Kingdom.

The white globe-shaped Sea-Based X-Band Radar, or SBX, is the world’s largest phased-array radar, mounted on a semi-submersible oil rig platform. The Pearl Harbor, Hawaii-based system’s proponents at the Missile Defense Agency have said it can detect a baseball over San Francisco from the other side of the country.

Data collected by SBX could be of use in assessing the performance and range of North Korean ballistic missiles. Leader Kim Jong Un has continued to defy U.N. Security Council sanctions to persist with his weapons programs, carrying out a fifth underground nuclear explosion in September and test-firing dozens of ballistic missiles.

“[SBX] was sent to an undisclosed location off the Korean Peninsula for a one-month deployment after departing Hawaii in late September,” a South Korean military official told the Yonhap News Agency. “It sailed back to its home port in late October.”

In a few days, the U.S., Britain and South Korea are scheduled to kick off Invincible Shield drills out of Osan Air Base. In the first joint military exercise by the three countries, Britain is sending four Eurofighter Typhoon combat jets, a tanker and a cargo aircraft.

Through the exercise, which runs through Nov. 11, the allies will be able to “bolster the interoperability of their military arsenals and joint operational capabilities in the event of conflict breaking out on the Korean Peninsula,” the spokesman added.

North Korea has demanded the United Kingdom withdraw from the exercise, which it called a “hostile act.” U.S. and South Korean forces frequently drill together on the peninsula.