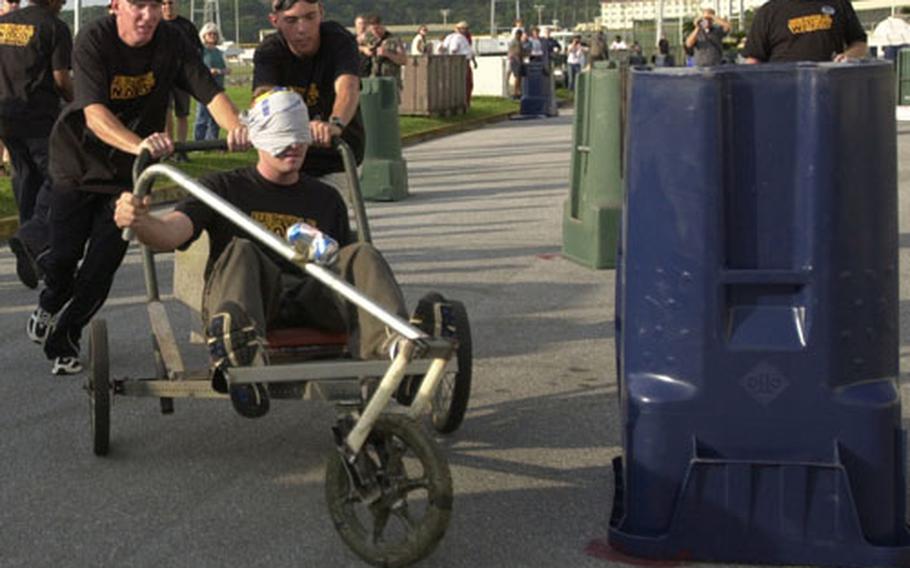 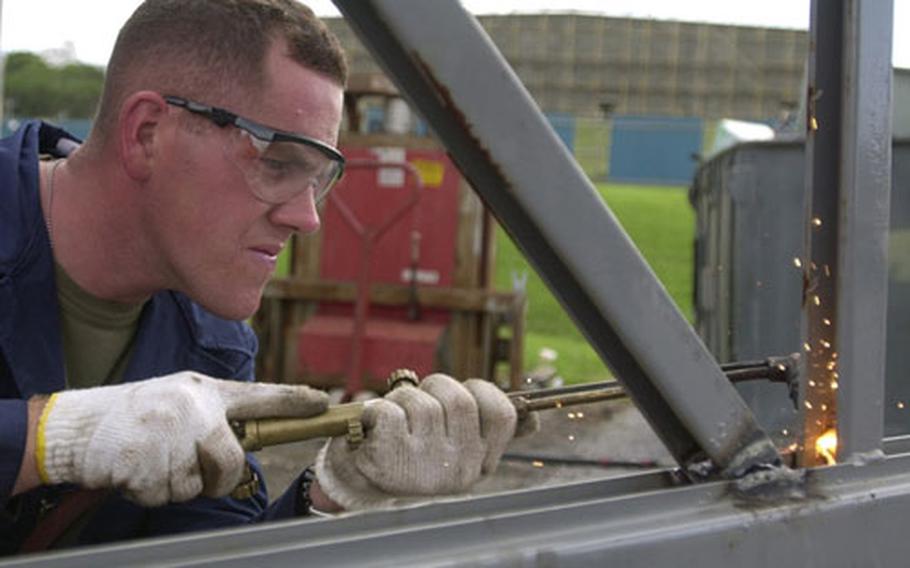 Sergeant Jeremey Powell, a member of Team LAR from 4th Light Armored Reconnaissance Battalion, cuts a piece of metal that his team will use to build their vehicle in the Recycle Wars. (Fred Zimmerman / S&S) 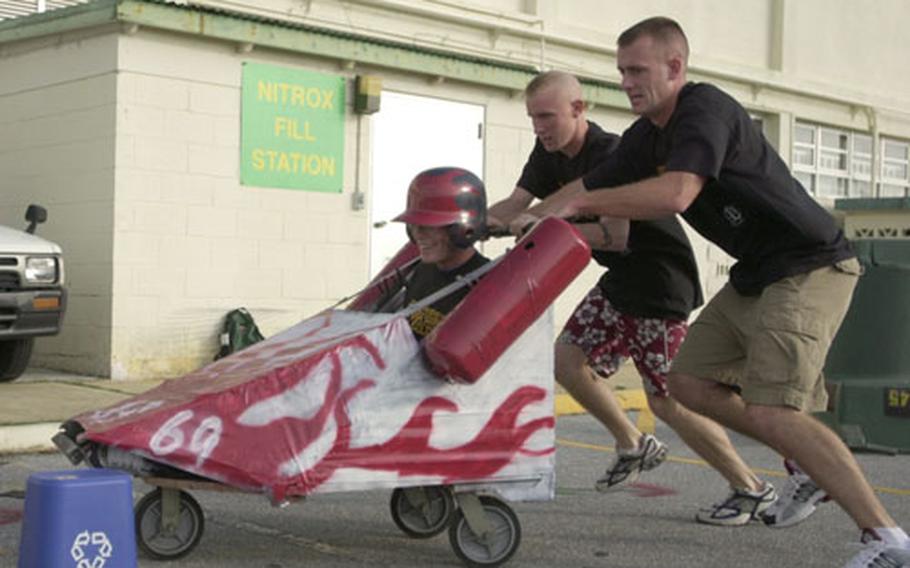 Airfield Ambassadors team members push their vehicle through the course during the Recycle Wars competition on Camp Foster Saturday at the Oktoberfest. The team came in last, but they did win Best of Show for the flaming dragster design. (Fred Zimmerman / S&S)

CAMP FOSTER, Okinawa &#8212; Four teams scrapped it out during Marine Corps Community Services&#8217; Recycle Wars on Friday and Saturday in an attempt to raise money for each unit&#8217;s Marine Corps Ball.

The eight-member squads gathered at Camp Foster&#8217;s Recycling Center on Friday and were given a briefing by Bruce Whisenhunt, the recycling director.

He told them they had 3&#189; hours to complete their projects within specifications.

The teams had to create a vehicle in which one person could ride while being pushed around a 6-foot course by two others.

After Whisenhunt gave them a tour of the facility and told them what materials they were permitted to use, it was off to the races.

After using cutting torches, saws and drills, there was a lot of welding as teams worked down to the last second to complete their projects.

Then they loaded the vehicles onto a truck for safekeeping and waited for race day.

&#8220;We set aside the things that we would use if we were building [the vehicle], but they just leave it and cut and bend other materials.&#8221;

The teams returned on Saturday at Oktoberfest, where the track was set up.

Large and small recycling containers marked the lanes while painted lines pointed the teams in the right direction.

After a 20-minute period set aside for final adjustments came and went, the vehicles were ready to go.

The teams had to go through the course twice; they were timed during each leg. The team with the quickest overall time would win, but there was a twist.

On the way back through the course, the driver was blindfolded and the pushers had to tell him how to negotiate the track.

Team LAR suffered a major setback in its first run when a front wheel fell apart.

But thanks to some quick thinking and trusty duct tape, they were able to keep their vehicle in the race to win.

While the Airfield Ambassadors crossed the finish line last, they were selected &#8220;best in show&#8221; for their flaming dragster design.