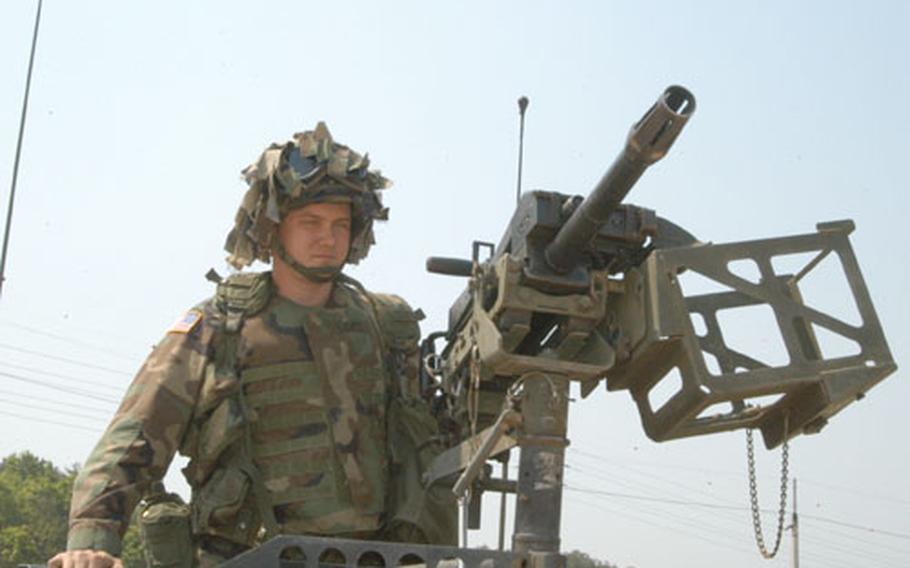 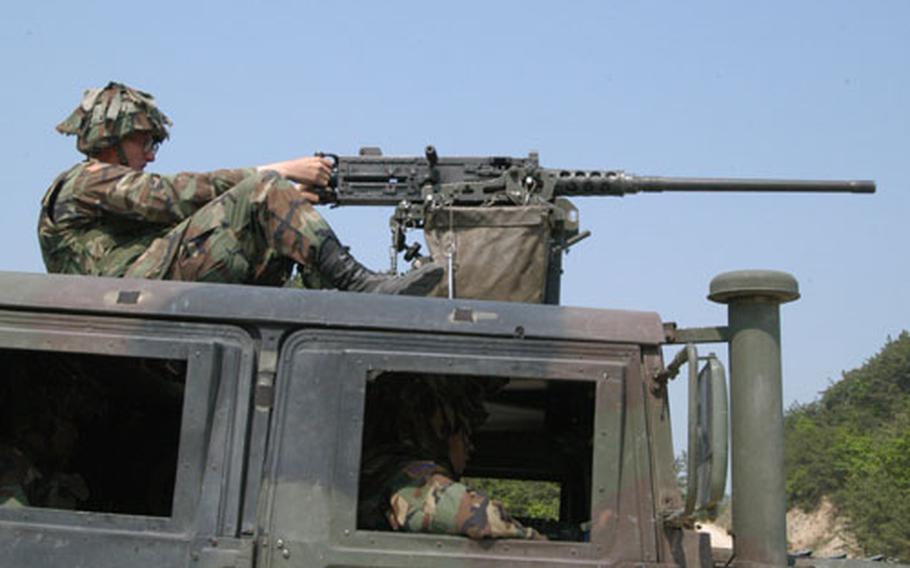 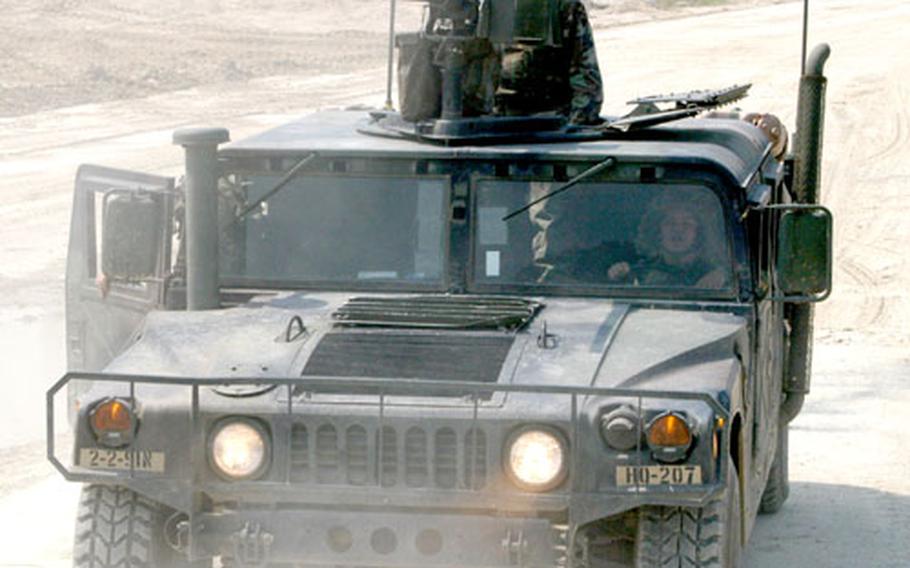 WARRIOR VALLEY, South Korea &#8212; U.S. Army scouts don&#8217;t set out to attack the enemy directly, but if they come under fire, they can hit back hard with .50-caliber machine guns and MK-19 grenade launchers.

The job of 2-9 scouts is to patrol ahead of the battalion and collect information about such things as enemy-infiltration routes and hard points.

Vehicle commanders received reports of enemy troop and vehicle movements over their radios, and then relayed instructions to drivers and gunners.

When a scout&#8217;s Humvee approached its firing position, pop-up and moving targets appeared in the valley. Pfc. Kelly Stewart, the gunner, sent bursts of fire downrange, kicking up dust behind the wooden targets.

Each .50-cal is different, he added, and gunners like to set up the weapon&#8217;s sights to suit themselves.

When Stewart fires the big gun, he said he feels more powerful than when he&#8217;s shooting an ordinary M-16 rifle.

Nearby, Spc. Jeremy Lentz was preparing to shoot the MK-19, which has a basket attached to it that looks like the sort of device that might feed baseballs into a batting machine. The basket holds up to 30 grenades, which are sucked into the MK-19 before they&#8217;re fired.

1st Lt. Robert Fields, the Scout Platoon leader, said the gunnery training is timed. All enemy targets must be hit within a set time limit, and the training includes day and night shoots.

&#8220;The scouts are usually the most forward-deployed and get eyes on the enemy and relay that to the battalion commander,&#8221; he said. &#8220;Because we are out in front of everybody, our job is not to engage the enemy with our weapons. We call in indirect fire from mortars or field artillery to kill the enemy.&#8221;

Sgt. 1st Class Wayne Citrin, who is 2-9&#8217;s senior scout and platoon sergeant, said a good scout should know how to call in indirect fire, and locate the enemy without getting compromised.