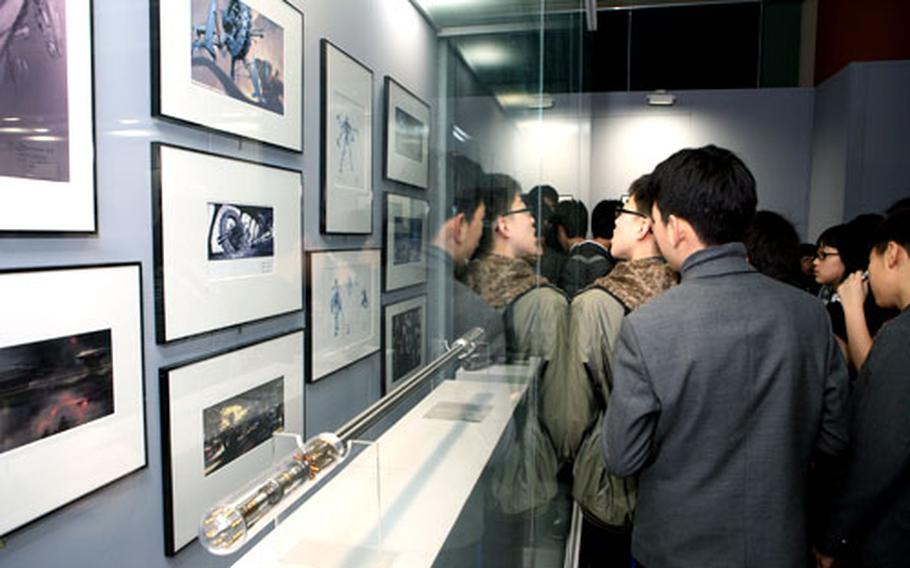 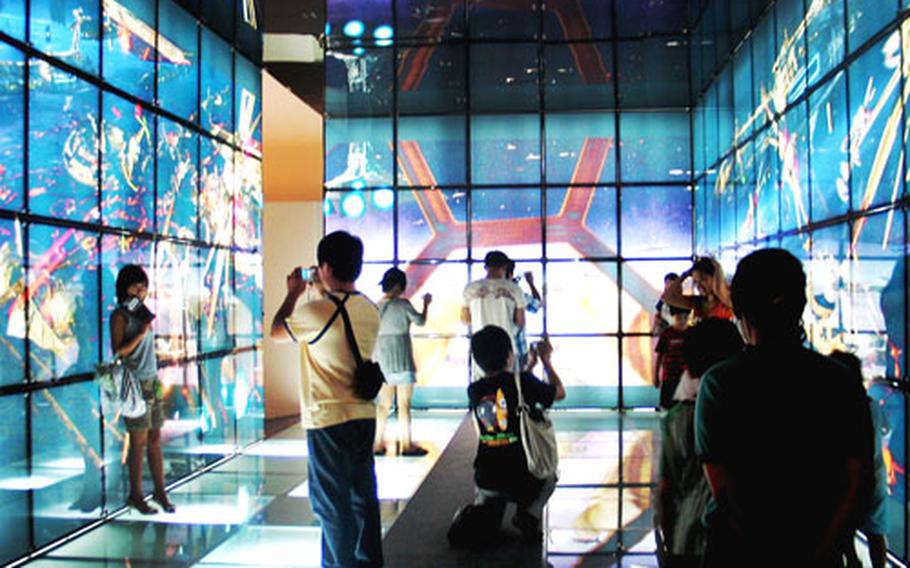 Photo time at the Star Wars exhibit at the COEX exhibition mall in Seoul. (Courtesy of exhibit organizers)

The Star Wars Science and Art Exhibit, which began Dec. 9, is available at the COEX exhibition mall in Seoul.

Anyone wishing to view hundreds of props used in the creation of the six &#8220;Star Wars&#8221; movies can grab a $13 ticket from the guest service desk in the Dragon Hill Lodge on Yongsan Garrison.

Knowledgeable tour guides stand ready to share trivia aimed at impressing even the most diehard fans.

On a recent weekend, guide Joel Jang explained that the shape of the Millennium Falcon was inspired by a hamburger George Lucas once had for lunch. And, he explained, the &#8220;The Empire Strikes Back&#8221; cloud cars were inspired by carrots.

The exhibit takes a little more than an hour to walk through.

Those wanting to get a bit more interactive can try &#8220;using the Force&#8221; to lift rocks or fly an X-Wing Fighter from the murky swamps of a Jedi training ground. They also can walk through the vertigo-inducing hyperspace zone or use a blue screen to put themselves into a movie.

While the &#8220;Star Wars&#8221; movies have a solid cult following in South Korea, they don&#8217;t command nearly as large a fan base as they do in the United States, tour guide Jang said.

He&#8217;s hoping the exhibit will appeal to a wider audience on the peninsula.

Contact the Dragon Hill Lodge at 738-2222 for more information and directions to the exhibit.

And may the Force be with you.