Schweinfurt soldiers get ready for whatever awaits in Iraq 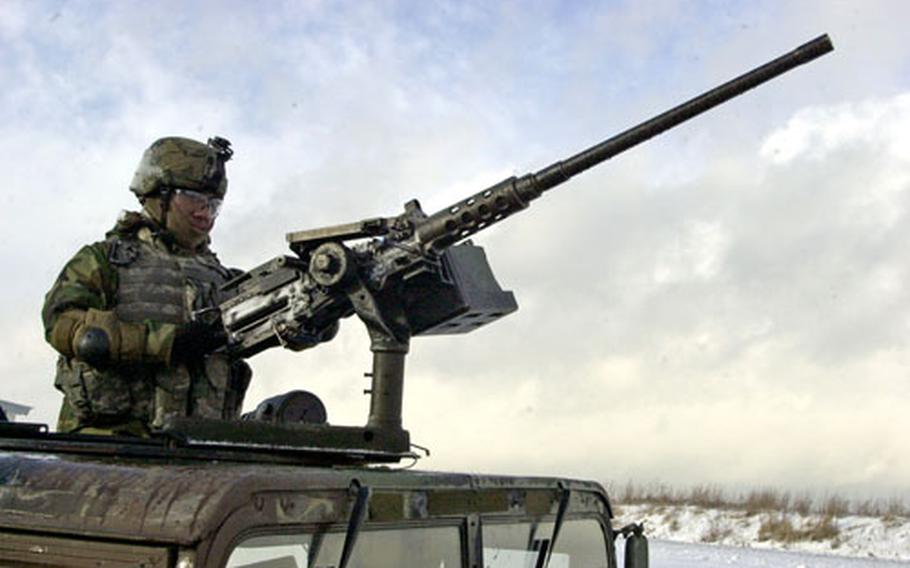 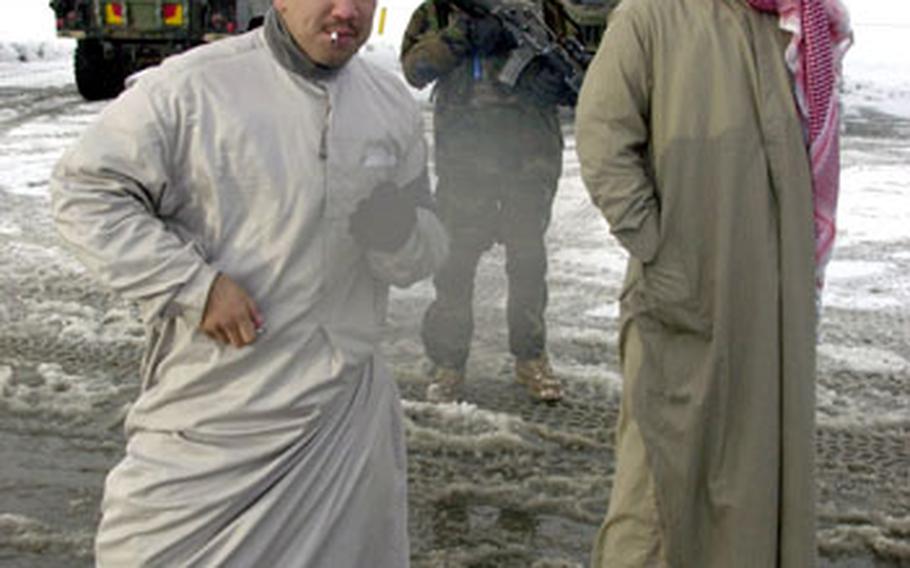 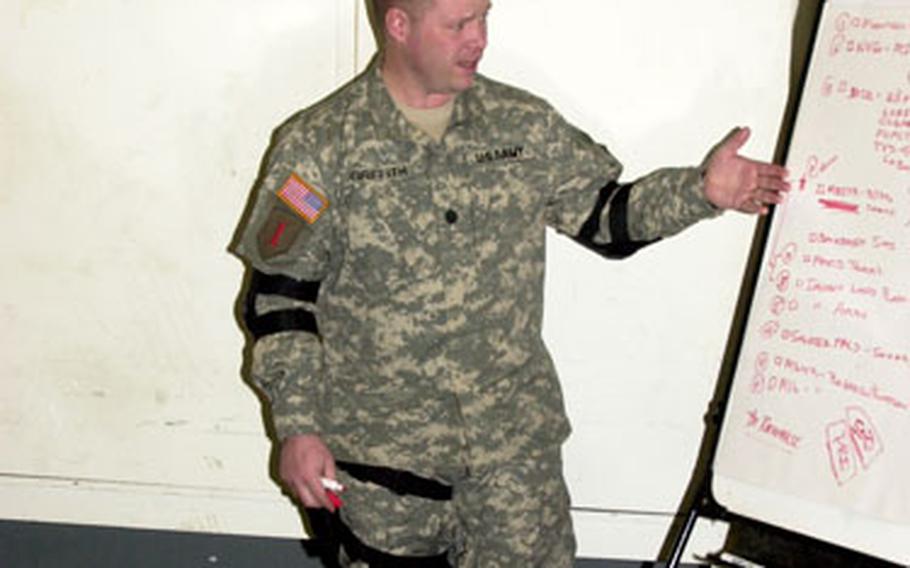 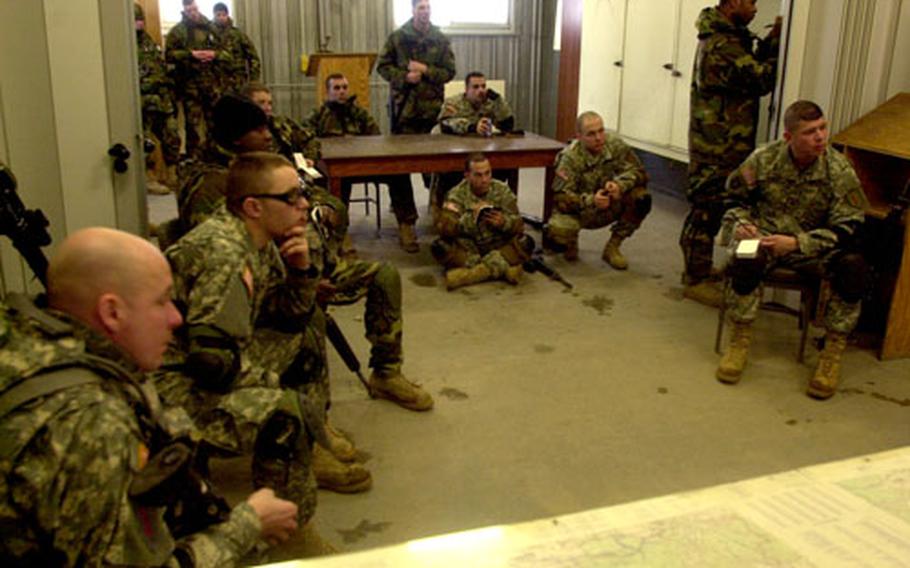 GRAFENW&#214;HR, Germany &#8212; Soldiers with the 1st Battalion, 7th Field Artillery Regiment don&#8217;t know if they&#8217;ll be firing their big guns or patrolling the streets when they deploy to Iraq later this year, so they&#8217;re training for both.

The unit is at Grafenw&#246;hr Training Area this month with the rest of the 2nd Brigade Combat Team, 1st Infantry Division, doing a &#8220;mission rehearsal exercise&#8221; in preparation for the deployment.

&#8220;We are trying to be as flexible as possible so we can function either as artillery or have combat capabilities,&#8221; the 23-year-old Brea, Calif., native said.

&#8220;They set up a security perimeter with entry control points and then clear the building. Inside they meet the Iraqi police chief who tells them where the insurgents have gone,&#8221; he said.

Then the platoon moves down a range engaging pop-up targets from various firing positions with both crew-served and individual weapons both mounted and dismounted. Some targets are inside buildings and others represent civilians on the battlefield who must not be engaged.

Finally the maneuver platoon clears a building where it finds a picture of the insurgent the soldiers are seeking attached to a target. When they return they receive a follow-on mission that requires artillery support and call for fire from their sister platoon, which then fires its Paladin Howitzers, Rowe said.

Such missions are familiar to many 1-7 soldiers. Two of its batteries were converted to maneuver units when the battalion deployed to Iraq in February 2004, battalion commander Lt. Col. Michael Griffith said.

&#8220;Last time we didn&#8217;t know we were going to be infantry until pretty late in the preparation. This elaborate preparation was not available until we got to Kuwait,&#8221; said the 41-year-old from Tooele, Utah, who served as a major with 1-7&#8217;s tactical operations center in Iraq.

After the unit returned to Germany in February 2005, it had lost some of its artillery skills. So it concentrated on gunnery until last month, when the battalion fired all its guns at the same time signaling that gunnery skills were back up to standard, he said.

The artillerymen appear to relish their expanded roles.

Sending huge artillery rounds down range is a thrill but &#8220;the big adrenaline rush&#8221; is being on the fire team, said Baker, who made contact with the enemy several times while serving with a 1-7 fire team in Iraq.

The added infantry-style role has changed a lot of artillerymen&#8217;s perception of their jobs.