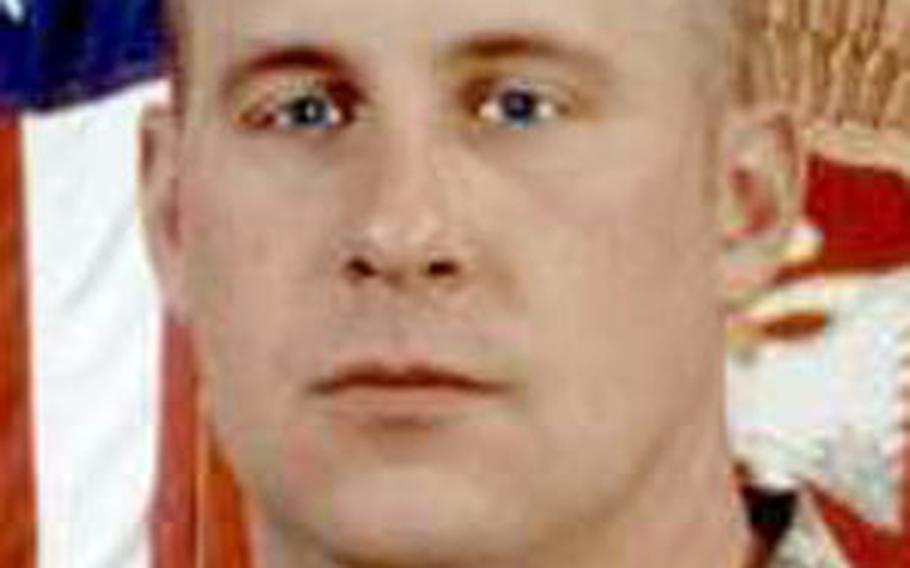 SCHWEINFURT, Germany &#8212; Hundreds of soldiers, family members and friends of the 9th Engineer Battalion remembered two soldiers killed on Christmas, and one who died the next day, during a memorial ceremony Thursday at the Ledward Barracks chapel.

While conducting route-clearing and roadside bomb removal operations in Baghdad on Dec. 25, Spc. Aaron L. Preston, 29, of Dallas, and Pfc. Andrew H. Nelson, of St. Johns, Mich., were killed when an explosive detonated near their vehicle. Sgt. John T. Bubeck, 25, of Collegeville, Pa., was wounded in the attack and died the next day, according to a Defense Department news release.

&#8220;Every day, these men patrolled the brigade sector hunting for [roadside bombs]. They took pride in their job. They were true professionals,&#8221; said Capt. Geoffrey McKenzie, Company A commander, during a memorial service Saturday in Baghdad. His words were read at the Schweinfurt ceremony.

After working as a graphic designer for his local newspaper, Bubeck joined the Army in October 2002, serving in South Korea and Texas before coming to Germany.

Survived by his mother, Judy Bubeck, of Collegeville, Bubeck, according to McKenzie had &#8220;an uncanny knack for navigating the routes in our area of operations. Even when the sector changed, he was able to efficiently lead his platoon.&#8221;

Bubeck was also remembered by his friend Cpl. George McMichael as someone he looked up to as an older brother, a selfless leader always giving of his time to make sure others were &#8220;good to go.&#8221;

Preston, in the Army for slightly more than two years, spent his entire enlistment in Schweinfurt as a combat engineer and platoon armorer. He is survived by his sister, Mariah Lynn Coward, of Maypearl, Texas.

Nelson, 19, left behind his wife, Kristi, whom he married weeks before arriving in Germany in November 2005. Also survived by his parents, Alan and Tami Nelson of St. Johns, Nelson dreamed of one day being a helicopter crew chief. He was remembered by McKenzie as having a solid work ethic and unwavering morals.

Bubeck, Preston and Nelson were the first three deaths the battalion has suffered.