Schools, teacher training facilities not safe to hand over to Afghans, watchdog says 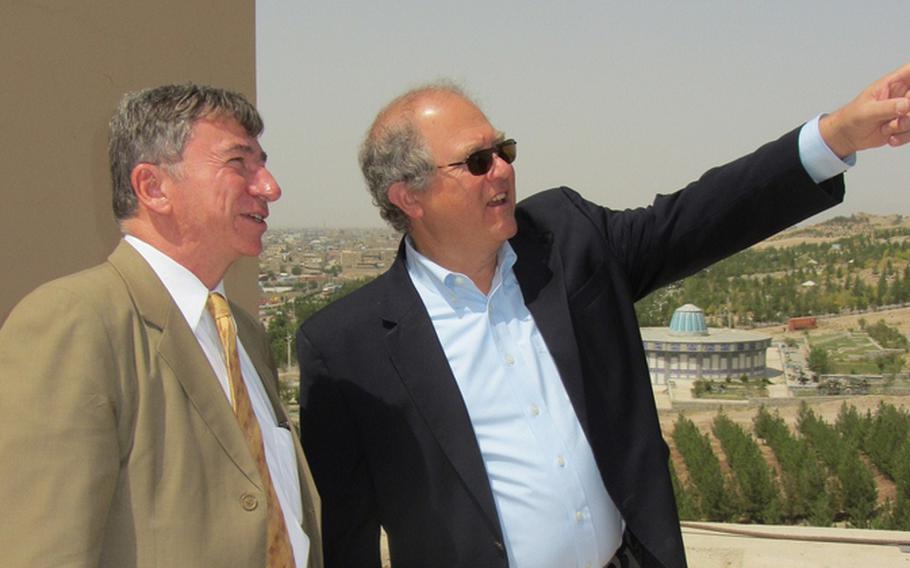 KABUL — The watchdog official examining reconstruction efforts in Afghanistan has asked U.S. leaders in the country not to hand over several new schools and teacher training facilities to the Afghans because of “serious concerns” about the safety of the buildings.

In two letters sent on June 21 and released publicly Wednesday, Special Inspector General for Afghanistan Reconstruction (SIGAR) John Sopko said potential construction flaws were so serious he could not wait for the final reports to be prepared before warning of the dangers.

SIGAR has consistently criticized the “pervasive corruption” and what it sees as a lack of oversight of U.S. funding to Afghanistan. Earlier this year, the watchdog group said it would be more closely examining plans to transfer reconstruction projects to the Afghan government.

In a letter sent to U.S. Marine Corps Gen. Joseph Dunford, commander NATO troops in the country, Sopko asked that an addition built for a school in a village just east of Kabul be strengthened before being handed over to the Afghans. The addition was built with some unapproved materials, and shows signs of design and construction flaws that could mean its walls aren’t strong enough to hold its heavy concrete roof, the letter said.

“Because the first U.S. government oversight visit did not take place until six months after construction started, there may be other deficiencies that cannot be seen,” Sopko said in the letter.

The problems are especially dangerous, he noted, because of the earthquakes common in the area.

“In light of these construction flaws and the distinct possibility that an earthquake resistant design was not used, we have serious concerns for the safety of the hundreds of faculty and children that will be using the classrooms at any given time,” Sopko wrote.

According to SIGAR, NATO forces awarded a $262,899 contract in August 2012 to Emaar Emarat Construction Company to build the school addition in the village of Bathkhak.

In a separate letter addressed to leaders of the U.S. Army Corps of Engineers and the U.S. Agency for International Development, Sopko warned of problems with the electrical, water, and sewage systems at a teacher training facility in Sheberghan, Jawzjan province, in northern Afghanistan.

Those problems, he wrote, “could pose potentially serious health and safety hazards” for the building’s occupants.

Among the issues identified by SIGAR inspectors are wiring that doesn’t meet the standards required in the contract, and improper connections that could pose an electrocution risk.

“In addition to the electrocution hazard, the facility currently lacks operational water and sewage systems, raising potential health issues for the building occupants,” Sopko wrote. “This underscores the immediacy of these hazards.”

The Sheberghan facility was one of three such teacher training facilities to be built by Mercury Development under a $3.4 million contract awarded in 2009 by the U.S. Army Corps of Engineers and USAID.

Stars and Stripes was unable to reach officials at either construction company by deadline.