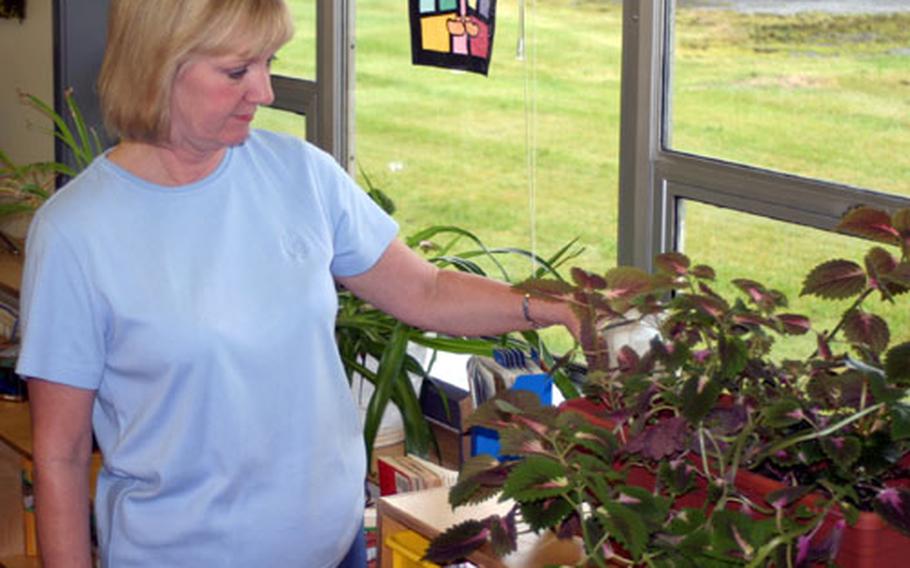 Rhonda Bennet, a third-grade teacher, waters her flowers as she puts her classroom together the week before classes begin at Naval Air Station Keflavik, Iceland. (Courtesy of U.S. Navy)

Rhonda Bennet, a third-grade teacher, waters her flowers as she puts her classroom together the week before classes begin at Naval Air Station Keflavik, Iceland. (Courtesy of U.S. Navy) 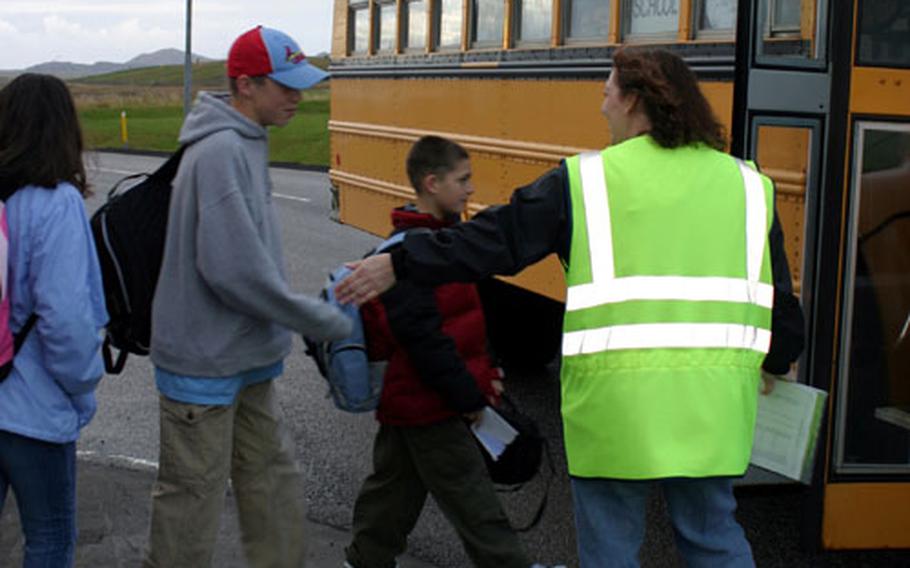 A bus monitor helps students safely board the bus to school. Students will have to adjust to a new scheduling program this year. (Courtesy of U.S. Navy)

It&#8217;s back to the books for students at Naval Air Station Keflavik, Iceland. The 2003-2004 school year at A.T. Mahan Elementary and A.T. Mahan High schools kicked off Tuesday.

Schedules will remain relatively the same as last year at the elementary level, while the high school is instituting a block schedule, which replaces the former schedule of seven 50-minute periods.

Under the new schedule, on Tuesdays through Fridays students will attend each of their classes two times during the week, for a total of 90 minutes for each class.

Monday, known as &#8220;Viking Day,&#8221; will remain a seven-period day to give teachers the opportunity to brief students on what to expect in class that week.

&#8220;The longer block of instruction gives both students and teachers the opportunity to dive deeper into their subjects,&#8221; said Debra Johnson, principal at A.T. Mahan High School. &#8220;Research throughout [the] Department of Defense Education Activity and other educational institutions has shown the positive effects of block scheduling.&#8221;

At both schools, teachers have been preparing classrooms and lesson plans as well as attending seminars during the past two weeks.

Compared with previous school years, teachers generally had to take time away from their classes to attend many of the training seminars. This year, however, seminars were offered throughout the summer.

At the end of last school year, Keflavik&#8217;s pupils performed 25 percent above the U.S. national average in all subject areas, based on standardized test scores.