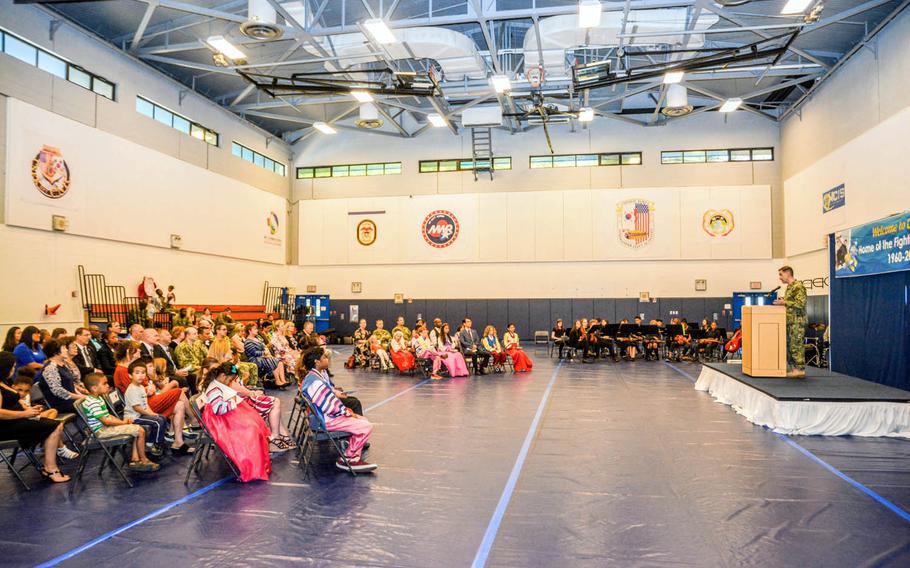 OSAN AIR BASE, South Korea — A school at the only Navy base on the Korean Peninsula will close its doors next week after serving students for nearly 60 years.

Low enrollment at C.T. Joy Elementary/Middle School at Chinhae Naval Base, near Busan, caused the Department of Defense Education Activity to decide in December to shutter the facility, which serves students in kindergarten through eighth grade.

Only 20 to 25 students attended the school in recent years, DODEA Pacific spokesman Marc Calero told Stars and Stripes in an email.

“It is a small school and does not have all of the educational and co-curricular opportunities offered by larger schools,” he said. “Our goal is to provide the best possible educational resources available to military connected dependents in order to educate, engage and empower each student to succeed in a dynamic world.”

Starting next school year, Chinhae parents will be allowed to enroll their children in private international schools or homeschool them through the Non-DOD Schools Program, Calero said.

“Families in the Chinhae community will now have the option of selecting one of the several international schools, all with different programming and focus areas, which is what makes the opportunity a unique one,” Lois Rapp, DODEA’s director of student excellence, told parents and students during a closing ceremony on June 2, according to a Navy statement.

Worldwide, about 3,600 children of military personnel attend private schools or are homeschooled through the program, she said.

“My days as a fighting Sea Turtle set the foundation for me to be the person I am today, and the cherished memories I have [for C.T. Joy] will live on forever,” he said in the statement.

The facility will be handed back to the Navy, Calero said.