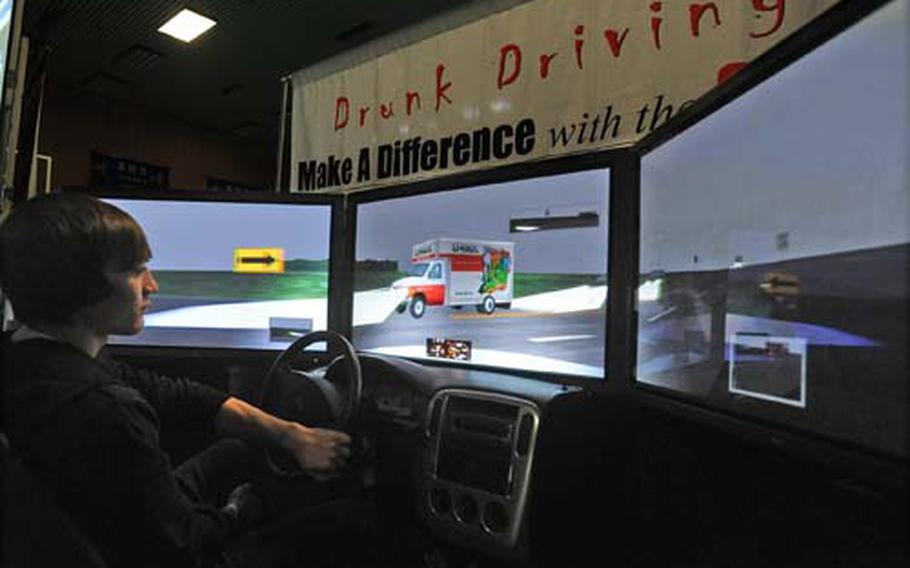 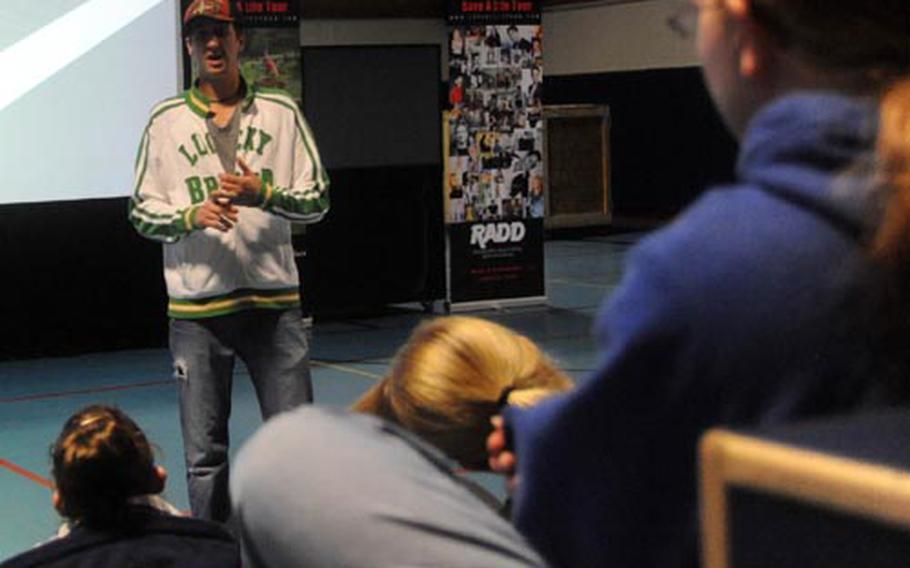 Students listen Friday as Save a Life Tour manager Chris Geysbeek talks about losing a friend to a drunken driver. (Michael Abrams / S&S) 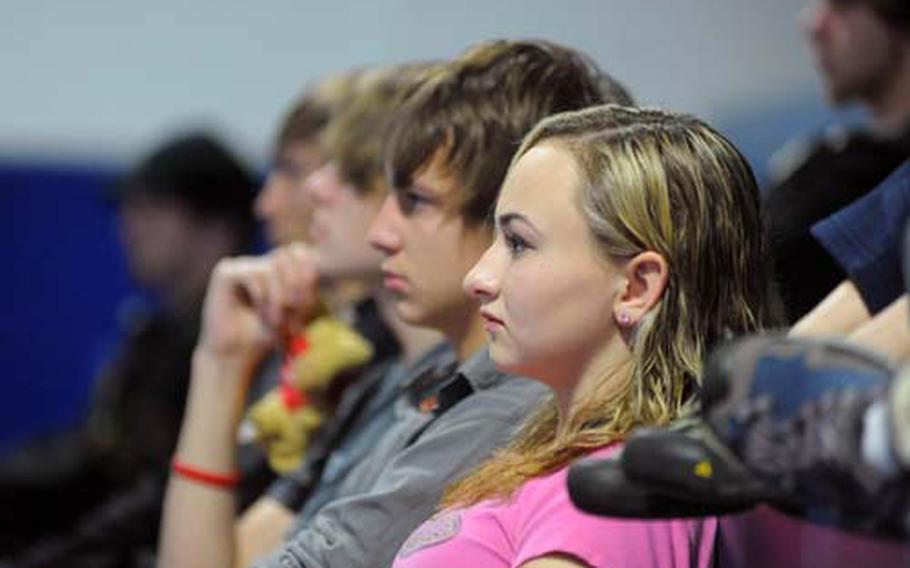 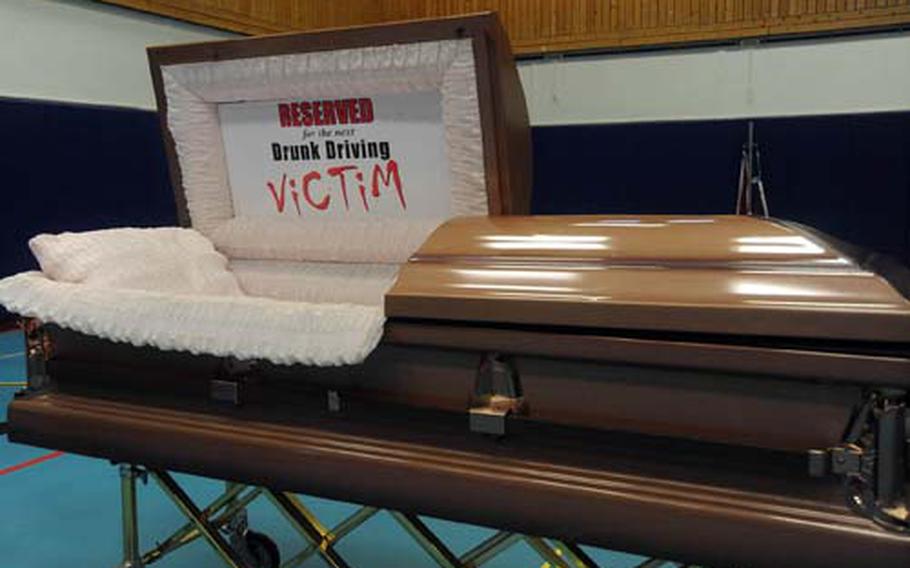 RAMSTEIN AIR BASE, Germany &#8212; It was perhaps a once-in-a-lifetime ride &#8212; a chance to experience driving drunk while sober.

It was a humbling exercise for a group of students from Ramstein and Kaiserslautern high schools who, while taking turns on a digital drinking and driving simulator, careened into buildings, ran red lights and barreled down sidewalks.

"It felt like I was drunk," said Ramstein senior Carey Buchwald, 17.

The teenagers took part Friday in the first Save a Life Tour in Europe being funded by the stateside Army Center for Substance Abuse Programs. The four-hour presentation includes a multimillion-dollar drinking and driving simulator and hard lessons and graphic video footage about the potential consequences of driving drunk.

"As a clinician, I&#8217;m not a big believer in &#8216;scared straight&#8217;&#8197;" tactics, said Heather Robinson, acting Alcohol and Drug Control officer for the Army in Kaiserslautern, Mannheim and Heidelberg. But Save a Life Tour effectively integrates images of blood and gore with true-life testimonials, which have "greater impact," she said.

Robinson said her colleague in Grafenw&#246;hr, Wanda Stover, had been trying to get the tour to Europe for a couple of years, "but it costs a lot of money. This is one of the top simulators that you&#8217;ll find anywhere in the world."

The tour typically travels to high schools and universities around the United States. For this leg, it&#8217;s available to high school students and soldiers throughout Europe, with the exception of Belgium, the Netherlands and Luxembourg, Robinson said. It&#8217;s also open to airmen and sailors.

Next for the tour are two stops in Kaiserslautern, Daenner Kaserne on Monday and Rhine Ordnance Barracks from Tuesday through Nov. 18. Followed by stays in Mannheim from Nov. 19 through Nov. 22 and Heidelberg from Nov. 23 through Nov. 25. It will also swing through Grafenw&#246;hr, Vilseck, Bamberg and Baumholder while in Germany.

Buckled behind the wheel of the simulator on Friday, the students &#8212; many of whom don&#8217;t have their license to drive yet &#8212; navigated through a digital city displayed on three computer screens. Driving in and of itself proved difficult for some.

As the trainers increased the program&#8217;s simulated blood alcohol content, the steering wheel and brakes became harder to maneuver.

"In real life, there&#8217;s a delay from the eye to the brain to motor skills," Geysbeek said of the effects to the body of driving intoxicated. "Here we put the delay in the brake, the steering wheel and the gas pedal. It&#8217;s as real as you can get without actually being drunk."

Geysbeek shared the story of losing his buddy to a drunken driver near Grand Rapids, Mich. "At 18, I performed CPR on my best friend," he told the teens.

Several of the students said the most powerful story from the event was that of Jacqueline Saburido.

In 1999, Saburido, then 20, was riding on the outskirts of Austin, Texas, with four friends when their car was smashed by a 17-year-old drunken driver. Two passengers were killed at the scene.

Saburido suffered burns over 60 percent of her body, losing her hair, her ears, her nose, her left eyelid and much of her vision. The tour showed video images of Saburido before and after she was disfigured.

"I&#8217;m not drinking and driving after seeing that lady," Buchwald said.