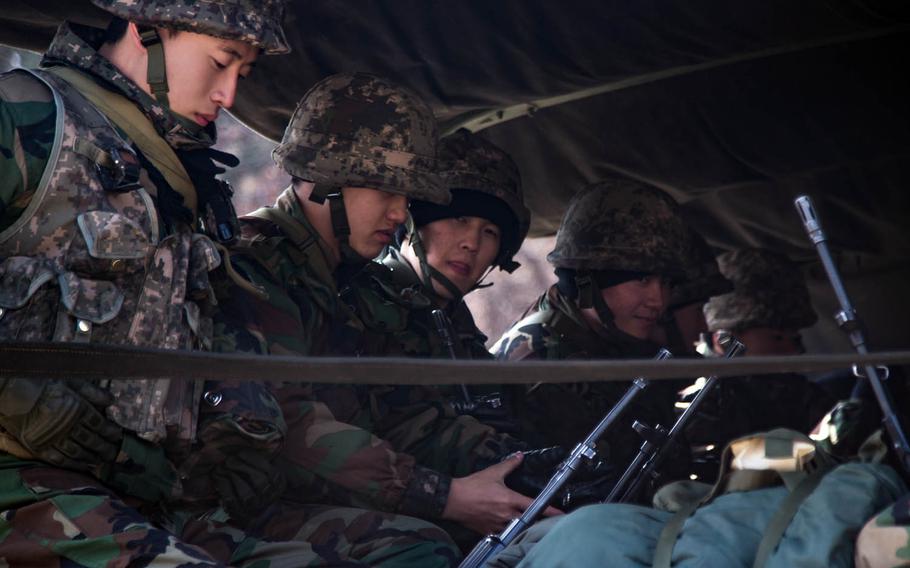 The South Korean government announced Thursday that 122 soldiers assigned to senior leaders’ residences will move to new units next month. Another 59 working at golf courses and tennis courts will be reassigned as well.

Conscripts were ordered to remain on call around the clock and wear electronic bracelets that vibrated whenever family members called on them, the defense ministry said. They also had to pick up golf balls, take care of gardening, do laundry and chauffeur the couple’s children in a private car.

Park’s wife also has been accused of treating the soldiers as though she was their commander and subjecting them to verbal and physical abuse, the ministry said.

Park offered to take responsibility for the scandal and to be discharged, but he didn’t confirm or deny the allegations in a text message sent to reporters last month, according to Yonhap News Agency.

Conscripts make up the bulk of South Korea’s 600,000-strong military. Two years of military service is mandatory for South Korean men between ages 18 and 35. They earn about $150 a month during their enlistment.

Center for Military Human Rights Korea spokesman Kim Hyung Nam told Stars and Stripes on Wednesday that the group welcomed the decision to remove troops from leaders’ homes, describing the system as a “deep-rooted evil” and “nothing short of a modern version of slavery.”