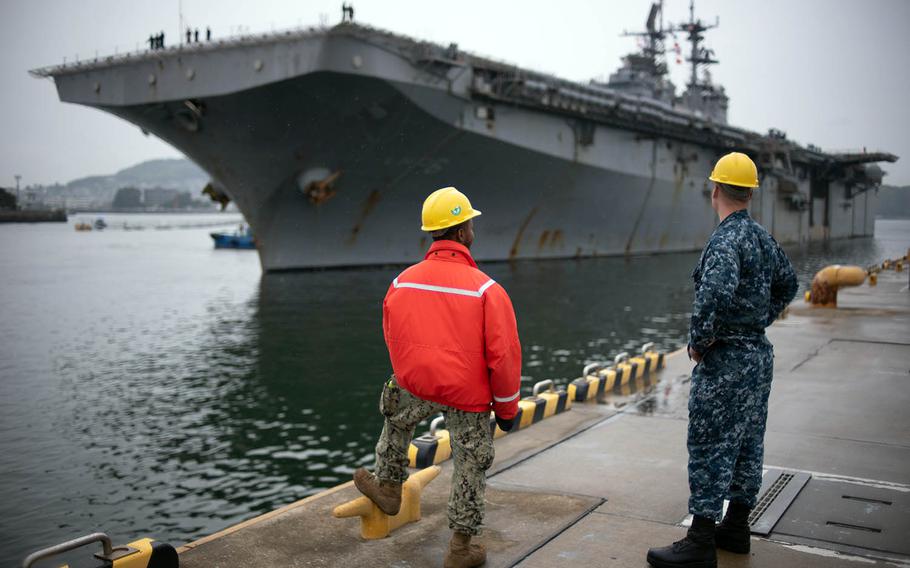 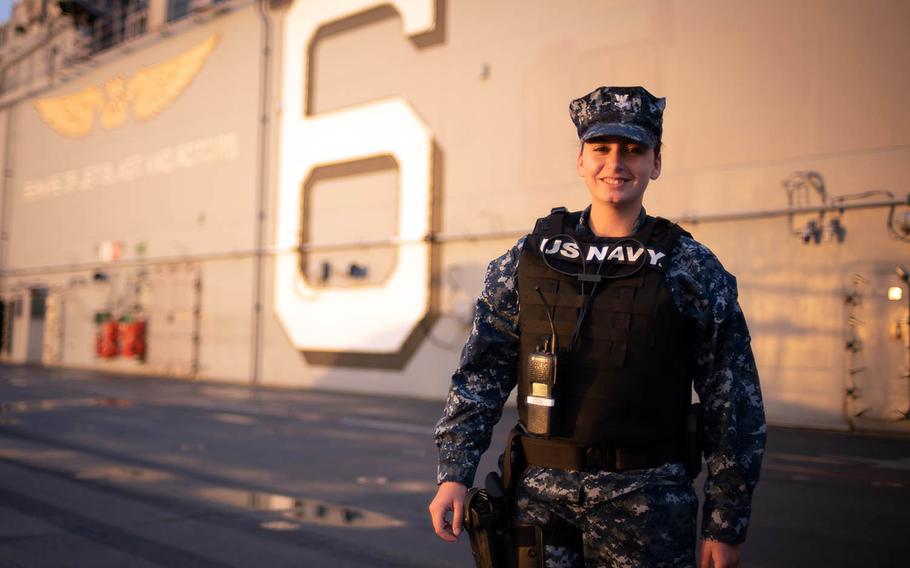 Buy Photo
Petty Officer 2nd Class Siara Poder, an aviation ordnanceman who has been assigned to the USS Bonhomme Richard for four years, said the ship holds many memories for those who have been aboard since it arrived in Japan in 2012. (James Bolinger/Stars and Stripes) 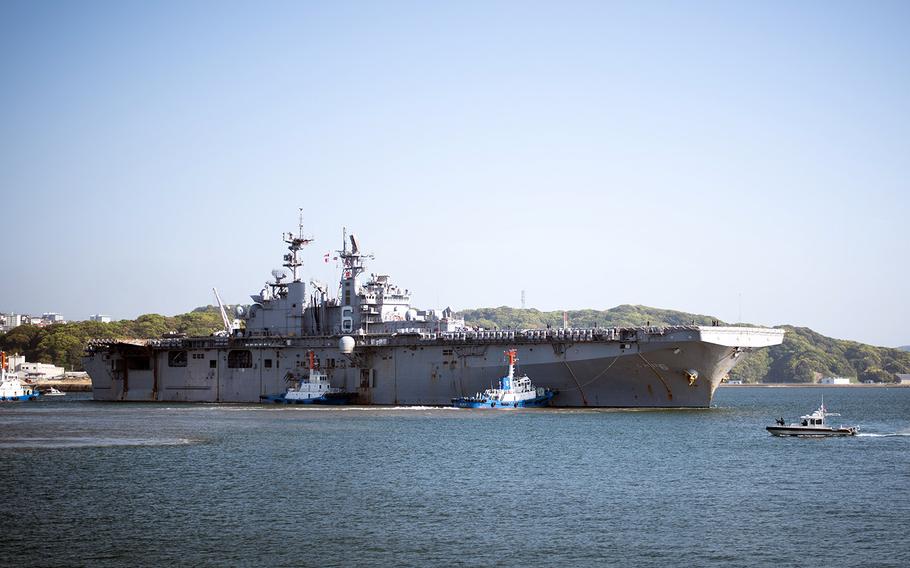 SASEBO NAVAL BASE, Japan — The USS Bonhomme Richard has bid farewell to Japan, where it served as the flagship of Task Force 76 for the past six years.

The 844-foot amphibious-assault ship — which had been homeported at Sasebo since 2012 — set sail Wednesday afternoon for San Diego, where it will receive upgrades that include a new flight deck to allow it to carry the Marine Corps’ state-of-the-art F-35B Lighting II stealth fighter. Other improvements will include new weapons systems and radar and communication suites.

“Six years of presence. Six years of readiness and meeting their operational commitments. Six years of engaging with regional allies and helping advance their capabilities. I think that is the lasting legacy contribution to the Navy’s role here,” Rear Adm. Brad Cooper, Task Force 76 commander, told Stars and Stripes Wednesday.

The Bonhomme Richard has already been replaced by the amphibious-assault ship USS Wasp, which was retrofitted to launch the short-takeoffs and vertical-landing capable F-35B. It’s on its first patrol of the region since arriving in January at Sasebo, where the bulk of the ships in 7th Fleet’s amphibious force are based.

The Bonhomme Richard had been on patrol since just after Christmas, during which the crew — in coordination with an embarked 4th Marine Division Special Marine Air Ground Task Force — supported Thailand’s multinational Cobra Gold exercise in February.

Capt. Larry “Mac” McCullen, the Bonhomme Richard’s skipper, told Stars and Stripes Tuesday that the ship will participate in several exercises and possibly in some stateside Fleet Week activities before going to the yard.

McCullen pointed to the 2016 earthquakes in Kumamoto as the Bonhomme Richard’s most crucial mission in Japan. A series of temblors, including a 7.0 mainshock, killed at least 50 people and injured about 3,000 others.

“We were very helpful in the Kumamoto earthquake; I’ll never forget that,” he said. “We went over to the Japanese ship Izumo and provided assistance to the [Osprey] that operated from that deck, making sure that food, water and things of that nature got in to the people of Kumamoto.”

Petty Officer 2nd Class Siara Poder, an aviation ordnanceman who has been with the Bonhomme Richard for four years, said the ship holds many memories for the sailors who have been aboard since it arrived in Japan.

She recalled a time when they had not deployed for nine months because of problems with the flight deck.

“We had to replace the no skid on the flight deck,” she said. “Afterward, when the captain gathered us together, he said something I’ll never forget: ‘I don’t know where we are going, but we are going somewhere!’”

That somewhere ended up being Malaysia — the first of many countries Poder has since visited with the Bonhomme Richard.