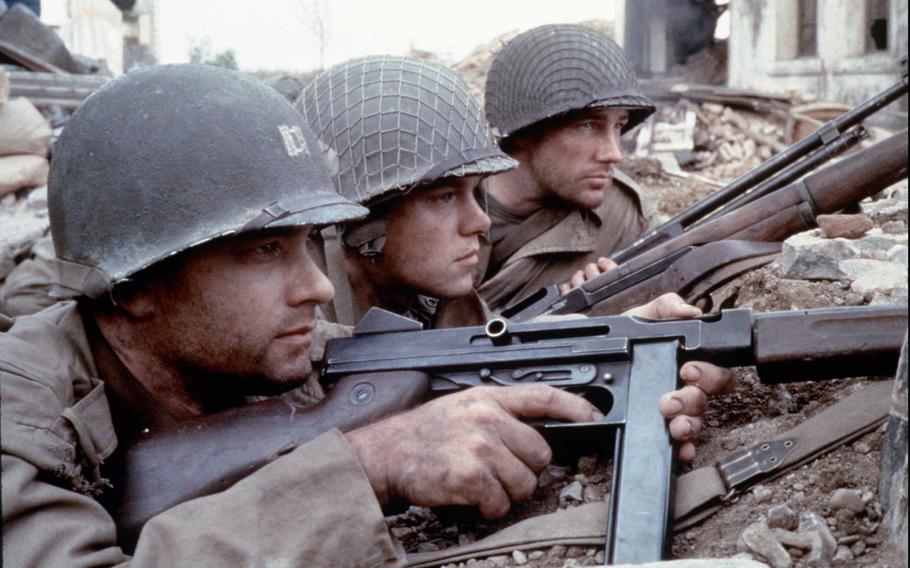 The harrowing D-Day sequence is one of the most memorable in “Saving Private Ryan,” Steven Spielberg’s 1998 World War II epic.

Near the time of the 75th anniversary of the June 6 D-Day landing at Omaha Beach, the film will return to more than 600 theaters in the U.S., according to Fathom Events. The screenings will be on June 2 and June 5 at 3 p.m. and 7 p.m.

“Saving Private Ryan” follows Tom Hanks as Capt. John Miller from the invasion of Normandy to his role as the leader of a mission to locate and recover Pvt. 1st Class James Ryan (Matt Damon), the only surviving brother of four who served in the war. The ensemble also includes Tom Sizemore, Edward Burns, Vin Diesel, Adam Goldberg, Giovanni Ribisi, Barry Pepper and Jeremy Davis.

Film critic Roger Ebert noted at the time of the film’s release that “’Saving Private Ryan’ says things about war that are as complex and difficult as any essayist could possibly express, and does it with broad, strong images, with violence, with profanity, with action, with camaraderie. It is possible to express even the most thoughtful ideas in the simplest words and actions, and that's what Spielberg does. The film is doubly effective, because he communicates his ideas in feelings, not words.”

Steven Spielberg received an Academy Award for his directing of the film, which was the highest-grossing film of 1998.

Tickets are available at www.FathomEvents.com.