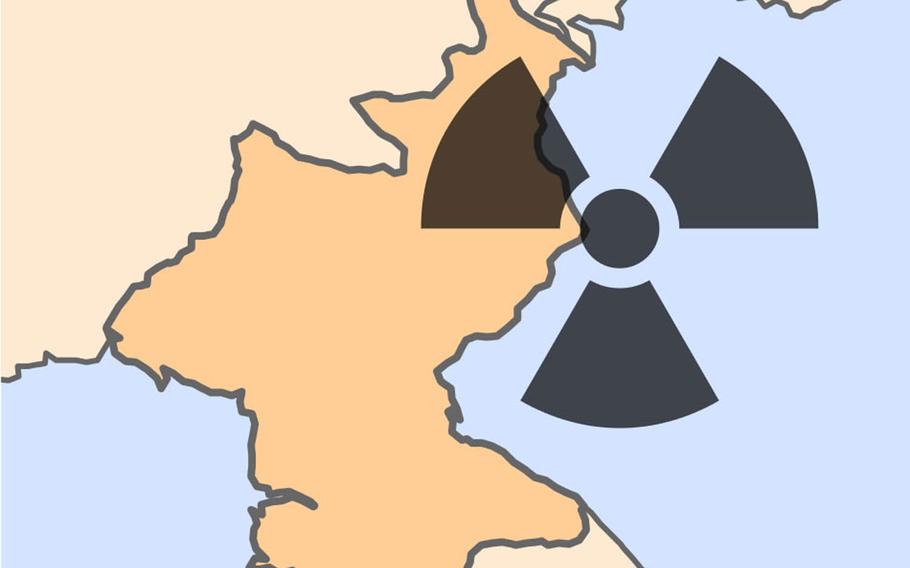 North Korea completed three increasingly powerful nuclear tests at its Punggye-ri underground test site in 2006, 2009 and 2013. In January, it conducted a fourth test that it claimed to be a hydrogen bomb, though experts have questioned that. (Courtesy of Wikicommons)

“Despite predictions by the South Korean government that a nuclear test appeared imminent to coincide with [North Korea’s ruling party congress], that gathering is now ended and there are no apparent signs that a detonation will occur in the near future,” said 38 North, a website run by Johns Hopkins University’s School of Advanced International Studies that monitors North Korea activities.

Images taken last Thursday — on the eve of the start of the first Workers’ Party congress since 1980 — showed four vehicles at the Punggye-ri test site’s command center, raising speculation that a detonation could happen before the historic assembly wrapped up on Monday.

Satellite photos from Sunday showed continued signs of sparse activity throughout the site, with the command-center vehicles no longer present.

However, Sunday’s images did show a small vehicle and people near the facility’s south portal — an area where vehicles and people have not been observed in the past several years, 38 North said. The significance of their presence isn’t yet apparent.

38 North stressed that the country, which has the ability to slow-roll nuclear preparations relatively unnoticed, can conduct tests with little or no warning.

“[North Korea] remains capable of supporting additional tests once a decision to move forward is made in Pyongyang,” the website said.

U.S. and South Korean officials had expected the North to conduct its fifth underground test — the second this year — as leader Kim Jong Un used the congress to hail the provocative country’s nuclear successes.

Kim, who was appointed party chairman during the four-day event, claimed he won’t use nuclear weapons unless his country’s sovereignty is under attack. He also said he is ready to improve relations with “hostile” nations, and announced a five-year economic plan aimed at boosting the poverty-wracked country’s standard of living.

North Korea completed three increasingly powerful nuclear tests at Punggye-ri in 2006, 2009 and 2013. In January, it conducted a fourth test that it claimed to be a hydrogen bomb — potentially much more powerful than the enriched uranium or plutonium weapons it has tested in the past — though experts have questioned that.