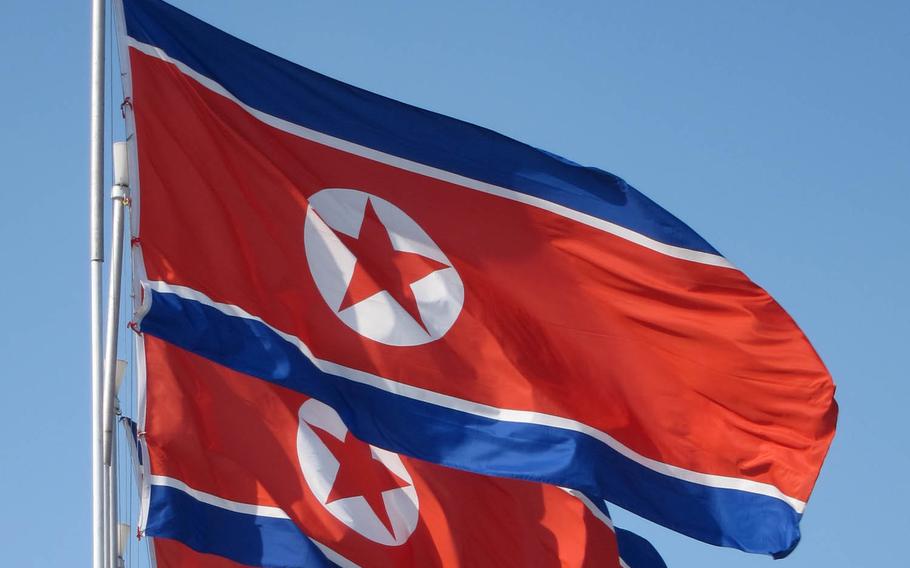 Commercial satellite imagery indicates a high level of activity at North Korea's nuclear test site as Pyongyang apparently is keeping the facility in a state of readiness, according to monitoring group 38 North. (Courtesy of Wikicommons)

North Korea has kept the international community on edge since it staged its fourth underground atomic test in January. That was followed by a long-range rocket launch and a series of other missile tests in defiance of toughened U.N. sanctions.

Satellite images from July 7 show stacks of supplies or equipment, a small vehicle and what appear to be several mine-ore carts near the Punggye-ri site where the previous nuclear test was conducted, 38 North said in an analysis posted Monday.

That suggests active work on a tunnel, but the resolution of the images is insufficient to confirm the nature of the activity, according to the website, which is run by Johns Hopkins University’s School of Advanced International Studies.

It was not possible to determine whether the activity was for maintenance, excavation or preparation for another nuclear test, said the analysis by Joseph Bermudez Jr.

“Nevertheless, it is clear that North Korea is ensuring that the facility is in a state of readiness that would allow the conduct of future nuclear tests should the order come from Pyongyang,” it said.

Several groups of people and small vehicles also were spotted on the road south of the test facility. The website said “it is likely they are either engaged in spring maintenance or traveling to and from the test facility.”

North Korea has issued a string of angry warnings and messages after the U.S. slapped sanctions on leader Kim Jong Un and other top officials over alleged human rights violations last week, an act Pyongyang called “an open declaration of war.”

Tensions rose further when the U.S. and South Korea agreed on Friday to deploy an advanced missile defense system known as THAAD on the peninsula to guard against threats from the North.