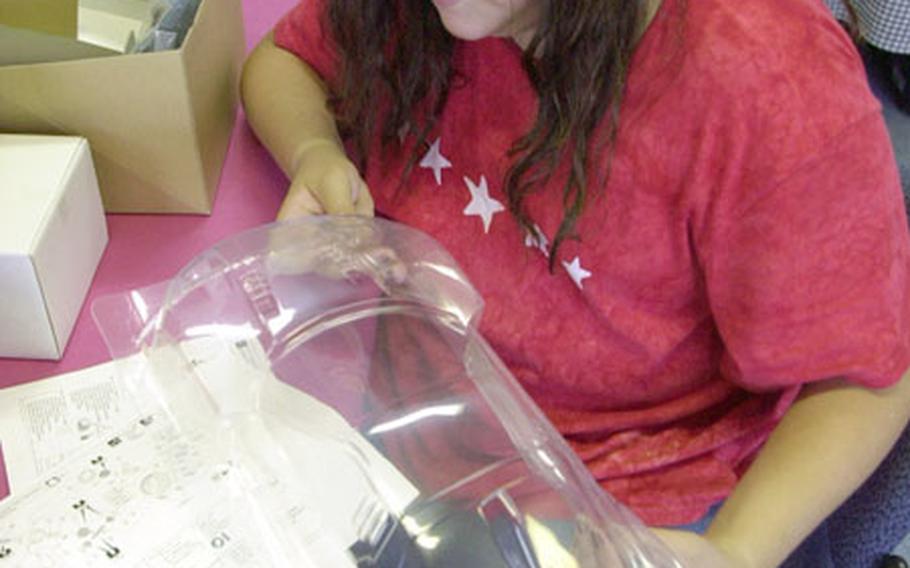 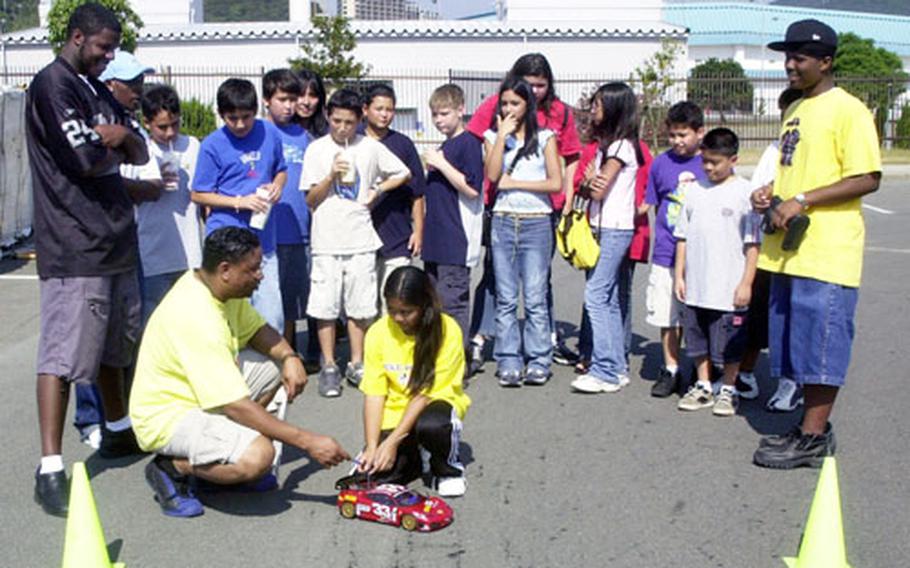 SASEBO NAVAL BASE, Japan &#8212; This small Navy base in southern Japan is becoming a hot spot for Le Mans road racing &#8212; of a sort.

&#8220;I would say that from last year to this year our level of interest has increased about 150 percent,&#8221; said Lloyd Buster, youth activities assistant director and Extreme Teams activities coordinator.

The group includes about 40 10- to 17-year-olds, who meet each Saturday at the Hario Housing Village&#8217;s preteen center. There, they&#8217;re divided into teams to build their Kyosho V1S2 nitro methane-powered race cars.

&#8220;This is something I first used in the Dallas Independent School District,&#8221; Buster explained, &#8220;especially with kids showing high rates of truancy and delinquency problems. If I got them interested in the cars, they would continue coming to the meetings they were required to attend, like anger management, drug prevention and that kind of stuff.&#8221;

When Buster arrived at Sasebo last year, he said, he noticed similar symptoms in the preteens and teens, not from drugs or alcohol abuse but because &#8220;they were feeling left out, and didn&#8217;t have anywhere to go. So I felt like this would be a good program for them.&#8221;

They practice &#8220;driving&#8221; in approved vacant parking areas. Participation is free, though Buster and his staff of three make sure the racer wannabes take care of the $400-a-pop high-tech toys.

&#8220;This is awesome for the kids because it requires teamwork and good sportsmanship,&#8221; explained MWR employee Derrick Outen, one of Buster&#8217;s weekend volunteers.

Each team has a &#8220;certified driver&#8221; and members with duties akin to those of a real pit crew. One part of the team will not succeed without the other.

Last weekend, at this year&#8217;s first meeting, the 24 &#8220;rookies&#8221; received car kits and an overview of the contents. They&#8217;re to use the kits to build cars from scratch, learning about things such as two-speed transmissions, high-performance racing engines, rack-and-pinion steering, four-wheel drive, shocks and struts. &#8220;Yep, they build it up from basically a flat piece of metal,&#8221; Buster said.

Once the young drivers are ready to put the pedal to the metal, the Extreme Teams begin three races called the Sasebo Cup Series. At each race, drivers are scored on their ability to maneuver the hot rods; other team members, on their cars&#8217; dependability &#8212; a reflection of their &#8220;pit crew&#8221; skills.

Then, on the Thanksgiving Shootout Nov. 29, flat-out speed is the criteria for success. But overall scores from all the Sasebo Cup Series contests eventually determine the order of finish.

&#8220;This program will increase their cultural awareness because of the different cultures we have represented here, life skills building, teamwork techniques and leadership skills,&#8221; Buster noted.