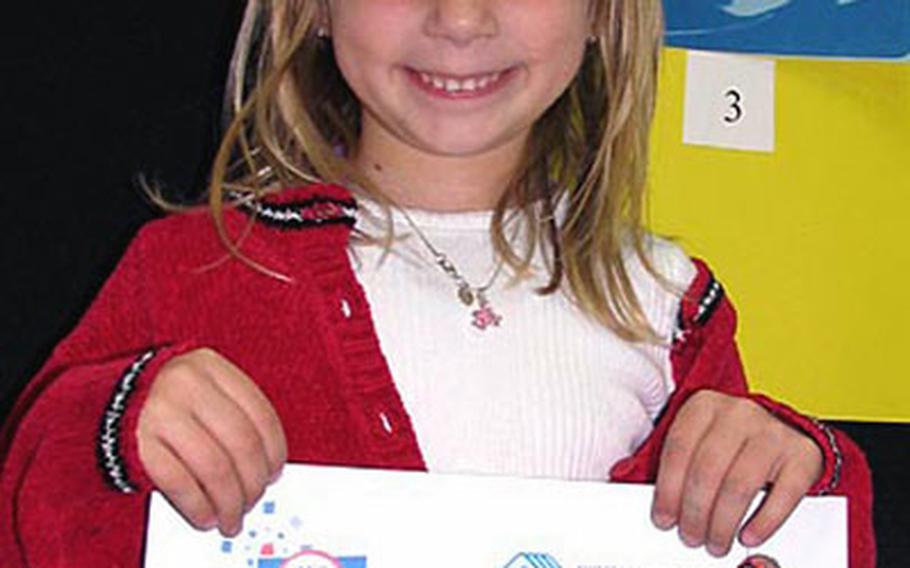 Sasebo Elementary School student Alexis Blanton displays the “Certificate of Merit” she won in March for several winning entries in the 2005 ImageMakers National Photography Contest sponsored by Sasebo Naval Base’s Morale, Welfare and Recreation department and the Boys and Girls Clubs of Sasebo. (Frank A. DeSilva / Courtesy of U.S. Navy)

Alexis took the picture during a youth center photography seminar in March. The photo depicts a bicycle on the bank of the canal that runs under the Albuquerque Bridge near the base.

She used a sepia tone treatment, giving the print the feel of a vintage photograph.

&#8220;This alternative photography category was one where children could use their imaginations to create coloring in their photos,&#8221; Borkert said. &#8220;Rather than using black and white or regular color printing, they had the opportunity to play with the photograph to develop a special look.&#8221;

Alexis will travel to Orlando, Fla., Aug. 4-7 to accept the award.