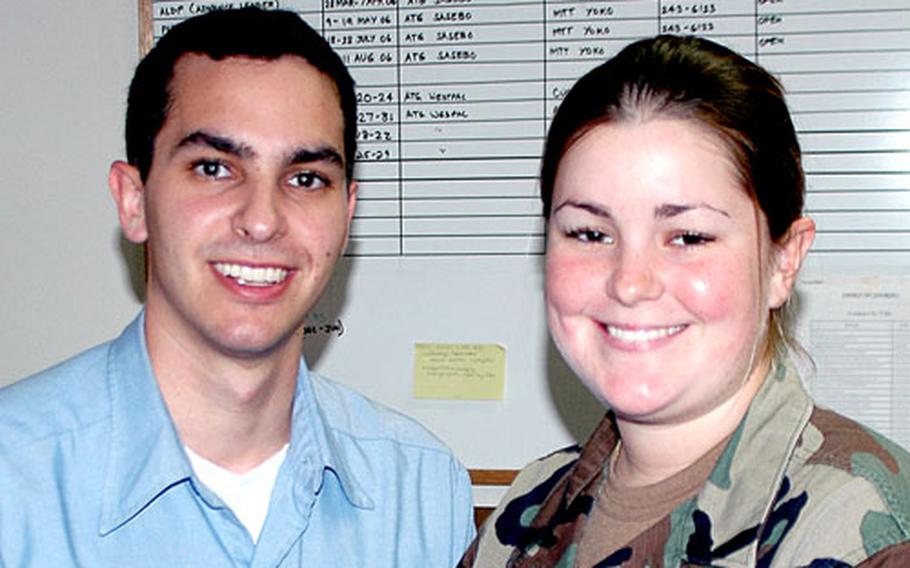 SASEBO NAVAL BASE, Japan &#8212; For 36 sailors shore-based here, a frocking ceremony Monday signifying their promotions from seamen, or E-3s, to petty officers third class, or E-4s, represents a career milestone.

The frocking ceremony comes after a week of indoctrination focused on the skills needed and new responsibilities that come with a promotion to E-4, according to Master Chief Petty Officer Robert Ford, coordinator of the Petty Officer Indoctrination Course in Sasebo.

In addition to the 36 from Sasebo&#8217;s shore command, another 120 sailors attached to ships operating from Sasebo received promotions to E-4, Ford said.

Being frocked means new E-4s &#8220;can wear the crows,&#8221; which is the chevron insignia, and begin new duties and responsibilities but still have to wait for administrative measures to reflect changes in their paychecks.

&#8220;I think the indoctrination classes showed us a lot, as well as provided us time for transition and to get used to the idea of being a petty officer,&#8221; Mulligan said.

Even though leadership skills are stressed in indoctrination, she said, the leadership exerted &#8220;depends a great deal on your rate. Leadership takes time. I see it more as a gradual thing &#8230; becoming a petty officer being a transition into leadership.&#8221;

Ford said promotion from E-3 to E-4 isn&#8217;t an accurate indicator of whether a sailor will make a career of the Navy, but it is a motivating factor.

New Petty Officer 3rd Class Mathew Weil also sees his promotion as an important milestone and source of satisfaction, but he doesn&#8217;t plan to stay in the Navy.

&#8220;But I learned things from the specific experiences of some of the instructors. And from things in the classes that made me reflect upon certain decisions I&#8217;ve made in my own life.&#8221;