Sasebo sailor is tops in Japan 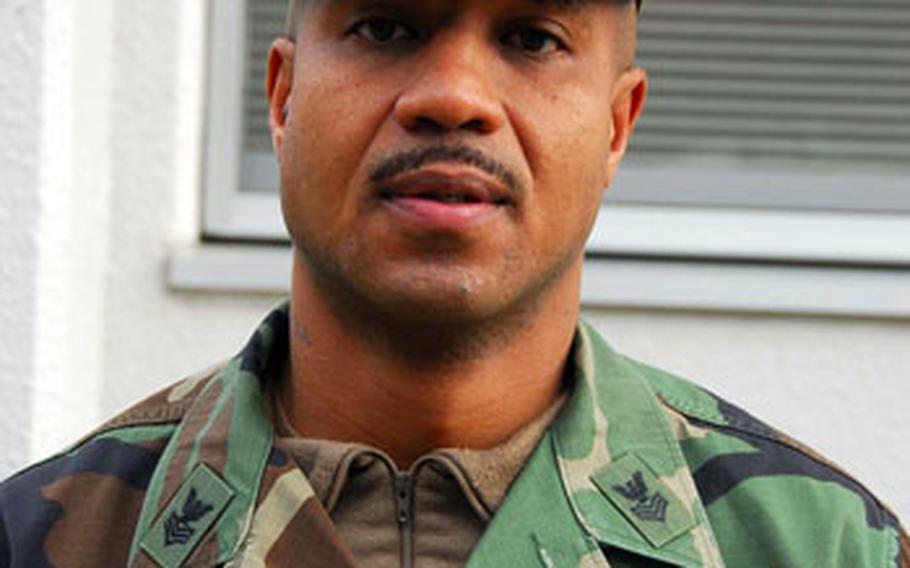 The U.S. Navy base produced the top sailor in Japan for 2008 following a meeting by the region&#8217;s nine commands at Yokosuka Naval Base earlier this month.

Petty Officer 1st Class Andrew Black was chosen as the Sailor of the Year for Commander Naval Forces Japan.

The award recognizes sailors who excel in all areas of their service and personal lives, according to Navy officials. Candidates are judged by their actions over the year and are interviewed by superiors.

Every year, each of the region&#8217;s commands sends its top sailor and command master chief to the CNFJ event.

"I guess they liked my overall package," said Black, who works at Sasebo&#8217;s security department and was first chosen as the base&#8217;s top sailor for 2008.

The CNFJ award was won last year by Sasebo&#8217;s Petty Officer 1st Class Karen Campbell, who went on to be named sailor of the year for all installations by Commander, Naval Installations Command several weeks later.

Black gave a presentation on enlisted sailor education to the group of master chiefs and was reviewed on his job performance, awards and write-ups from department heads over the past year.

"I was kind of nervous and I didn&#8217;t know what to expect," Black said. "I think what helped me out was the preparation from the [Sasebo] chain of command."

Black returned after the competition last week to a welcome-home celebration at Sasebo.

"I was thrilled last Friday to be among dozens of Sasebo Sailors welcoming Black home from the CNFJ Sailor of the Year competition," Capt. Francis X. Martin said in an e-mail to Stars and Stripes. "We&#8217;re immensely proud of him. Only the best of the best are considered for such high honor and distinction."