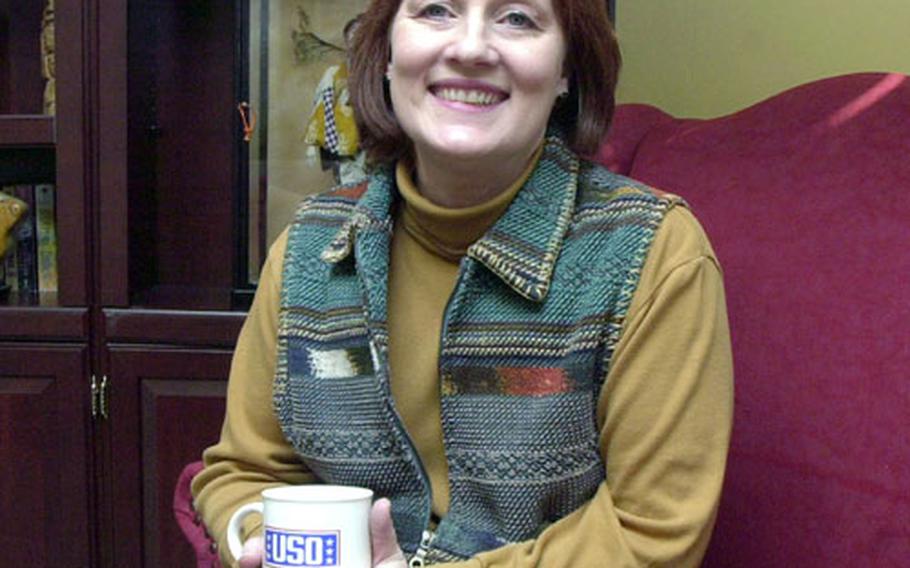 Beginning Saturday, base residents might have a fast and easy way to learn what it feels like.

Since closing in late April 2003, the Nimitz USO building experienced a slow, gradual and major transformation from a restaurant with a menu as forgettable as the furnishings to what resembles an Ethan Allan showroom, replete with professional espresso machine.

The grand reopening and ribbon-cutting is 11 a.m. Saturday; the public is invited.

With the help of some Seabees and many volunteers and donors, the interior has morphed into what seems a comfortable coffee house with nooks for both conversation and cappuccino, plus space for poetry readings or a night of local musical talent.

Also, Stanhope said, many sailors have complained Sasebo lacked &#8220;a nicely appointed, attractive place to take their girlfriends when they bring them on the base &#8230; that&#8217;s another reason we&#8217;ve designed the interior as we have.&#8221;

Built in 1994, Nimitz Park USO is positioned on the U.S. military side of tall hurricane fencing that effectively separates the base&#8217;s sprawling Nimitz Park from Sasebo City&#8217;s Central Park.

The money came primarily from Sasebo, with a few donations from as far as Tokyo.

The original vision was of Nimitz Park USO as a meeting place for U.S. servicemembers and local Japanese residents.

But the facility seldom was widely visited, despite attempts to use it as a gift shop, and for ethnic and specialty restaurants.

Local operators were hired to run the facility via a USO-initiated contract, which expired in April 2003.

Stanhope, a USO director in South Korea before her transfer, has said she decided a contract renewal would not best serve the sailors USO seeks to accommodate.

&#8220;It was just time for it to undergo a facelift and return to operating based on the original intentions of the founders of the facility,&#8221; she said.