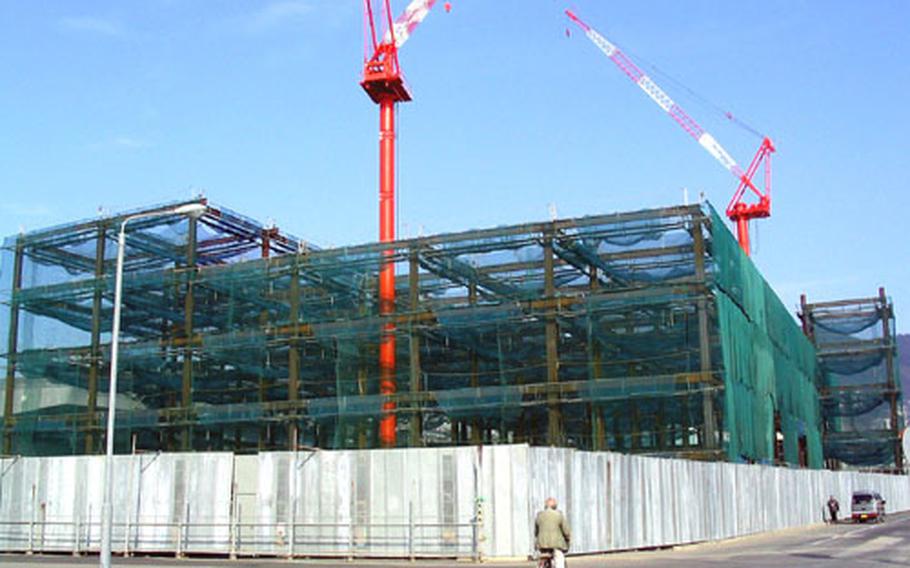 SASEBO NAVAL BASE, Japan &#8212; From almost any point on main base, residents can see a massive green tarp covering the steel skeleton of the new $53 million maintenance complex parallel to India Basin pier.

Navy officials said the Japanese government is paying for the Ship Support Complex, built because of space shortages with local commands.

The 126,000-square-foot structure consolidates ship maintenance, repair and operations instead of having them scattered around the base in old, small buildings.

When Phase I is completed in April 2005, the U.S. military will foot the $4.2 million to furnish and equip the facility.

The second phase of the project is the construction of a second 94,000-square-foot, $20 million building that will house the Fleet and Industrial Supply Center and storage areas. Phase II will begin after a new gym is built and the old Fleet Gym is destroyed; the building will be constructed on the site of the old gym. The project is expected to be done by 2008.