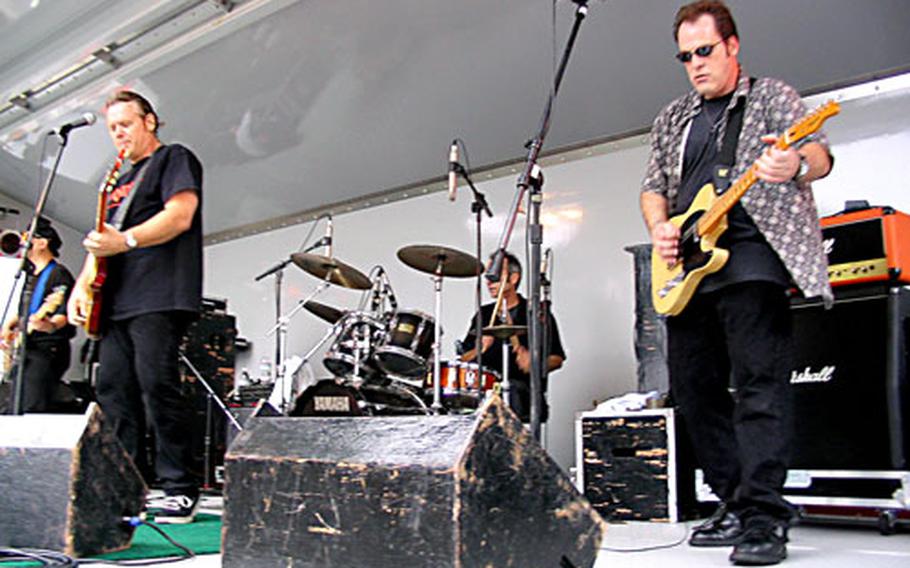 The International Superstars of Rock perform Sunday for the crowd attending the Independence Day Celebration hosted by Sasebo Naval Base. (Greg Tyler / S&S)

The International Superstars of Rock perform Sunday for the crowd attending the Independence Day Celebration hosted by Sasebo Naval Base. (Greg Tyler / S&S) 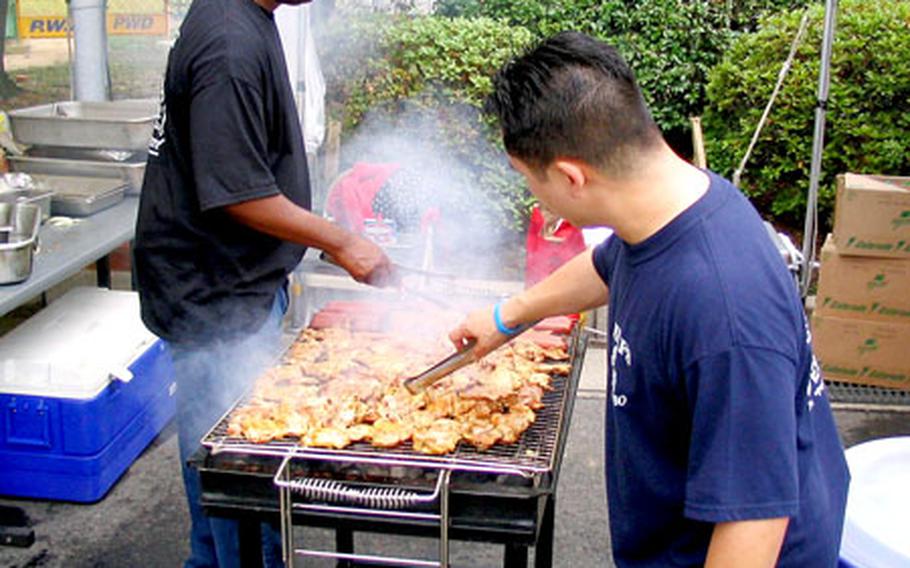 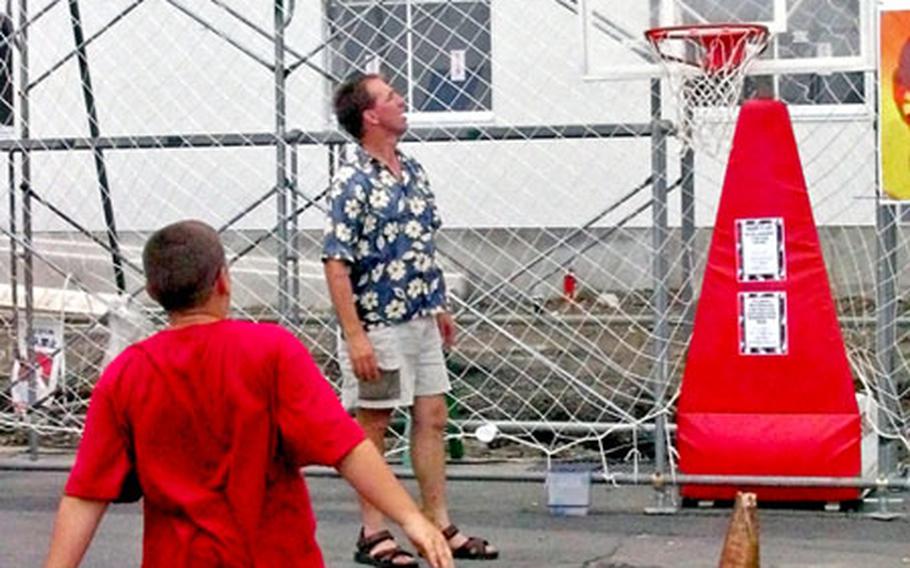 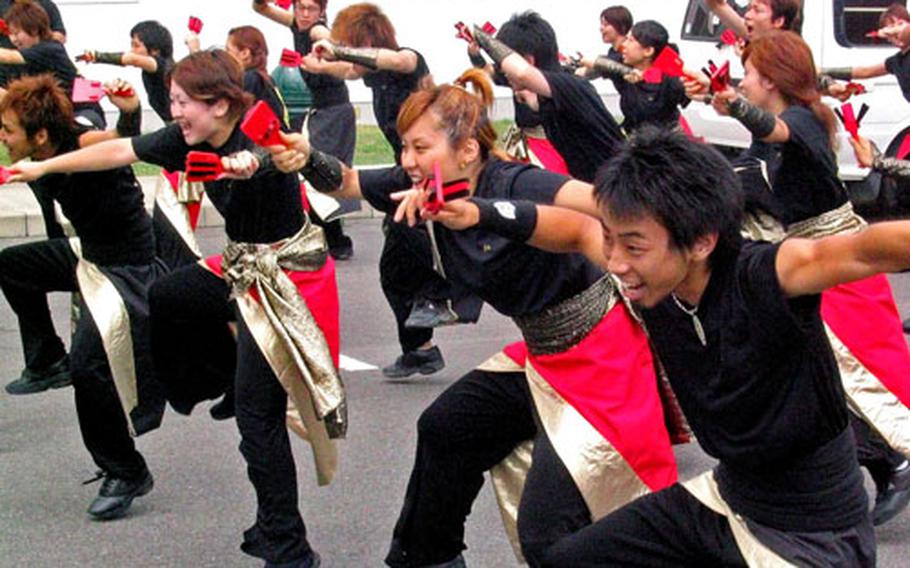 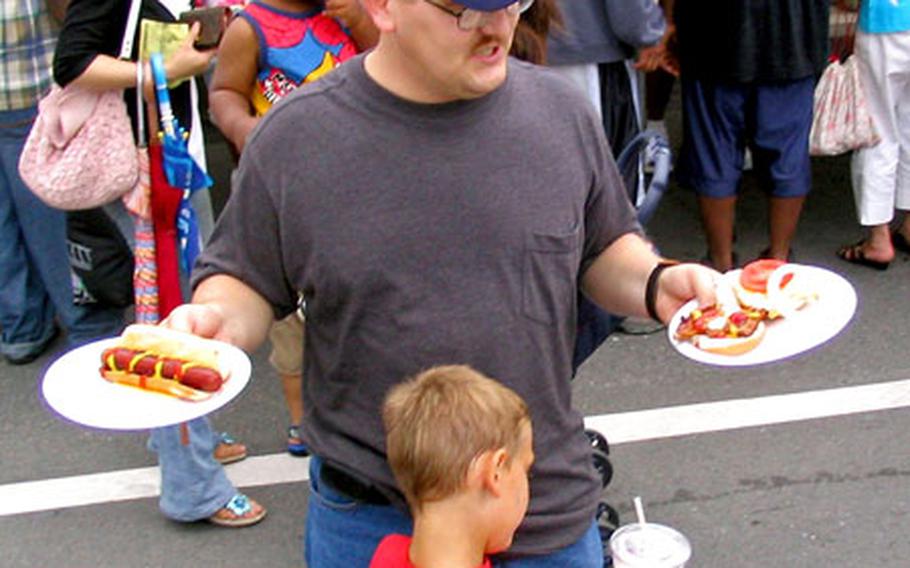 Sunday&#8217;s event, which had a block party theme, was held almost entirely on base, in contrast to previous years&#8217; events at Nimitz Park.

Visitors flocked to the USS Essex and USS Juneau for ship tours, traditionally a popular attraction at open-base events.

And those crowds were a definite boon for the fund-raising efforts of the booths lining California Drive.

But Sunday&#8217;s event was more than just booths selling food and T-shirts, entertainment both Western and Asian flavored the day.

Performances by the rock band International Superstars of Rock, which played a wide range of classic rock tunes, several Yosakoi dance teams and the Saikai Shimamori Taiko Drummers also performed throughout the event.