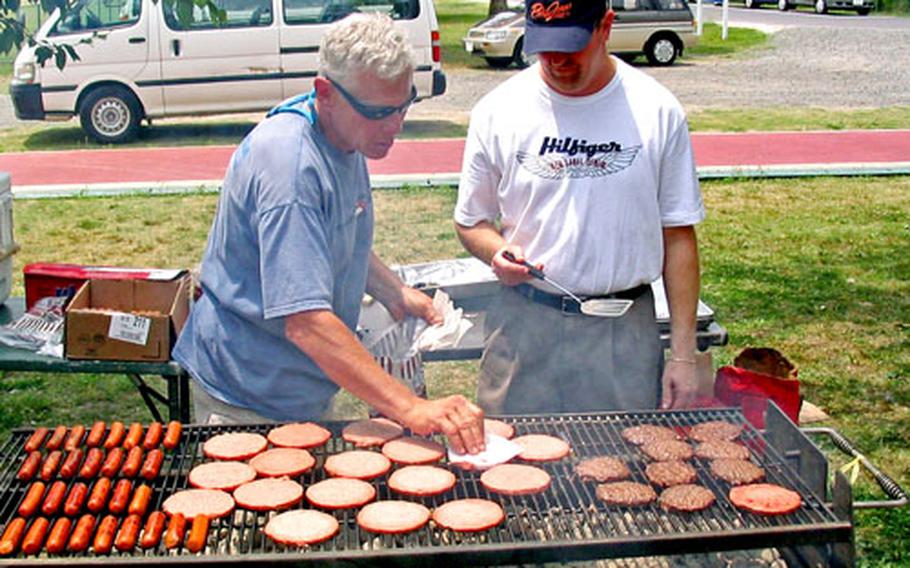 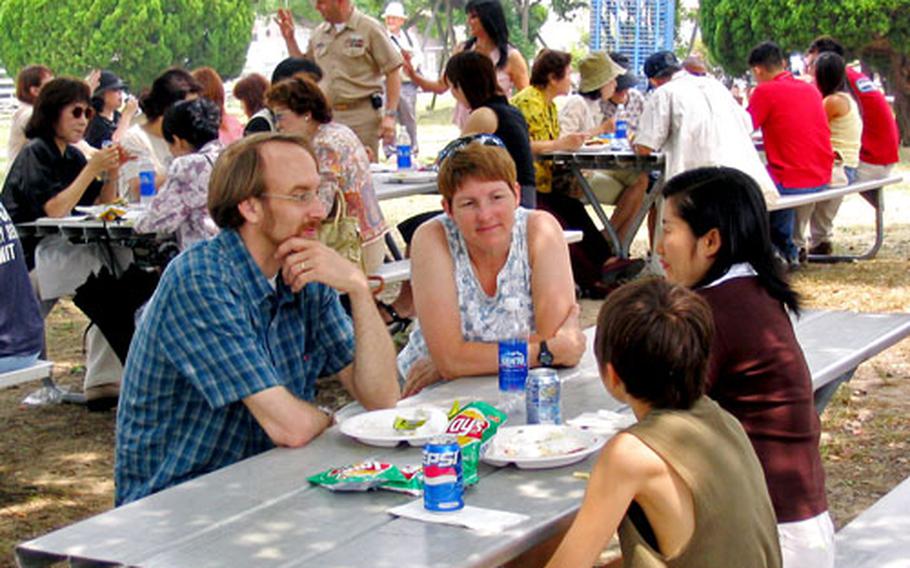 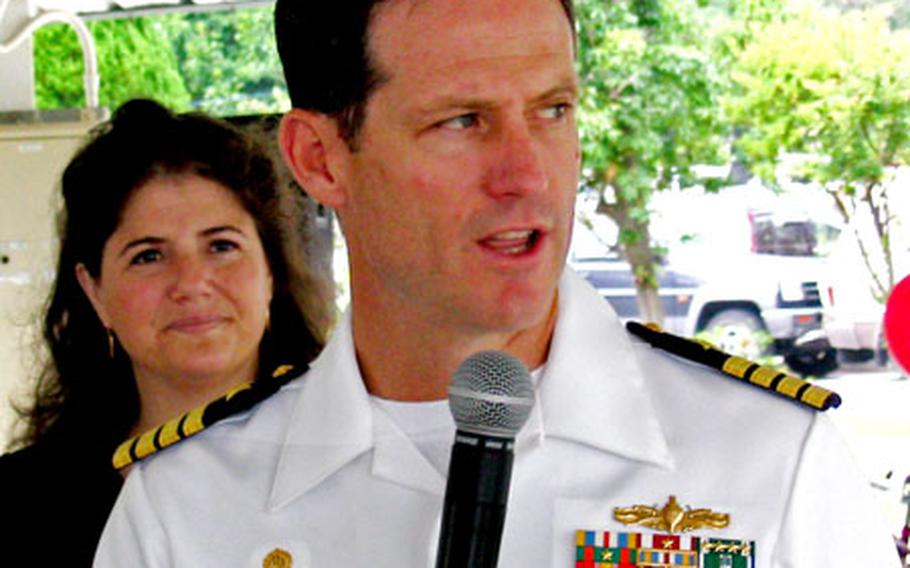 The majority in attendance were volunteers from among the 1,024 people who donated time to the base during the past year.

Various officials who benefited from the volunteerism served food to the volunteers who helped implement programs and coordinate events all year. The picnic was sponsored by the Fleet and Family Support Center.

The Morale, Welfare and Recreation department&#8217;s community activities&#8217; director, Dave Wagner, said about 15 of his co-workers were on hand serving, grilling hamburgers and sizzling hot dogs by the dozen.

Also at the picnic, Candice Currier, FFSC director, announced that Sasebo&#8217;s volunteer of the year was Itura Weber, wife of Cmdr. Mark Weber, who recently stepped down as USS Fort McHenry&#8217;s commanding officer.

&#8220;I was just absolutely flabbergasted and shocked. I had no inkling whatsoever that I was even being considered,&#8221; Itura Weber said.

&#8220;So many others volunteer so much of their time, which is important in Navy communities. They, too, are deserving. But honestly, it just never crossed my mind.&#8221;

Each volunteer received a certificate of appreciation and a black canvas shoulder bag.

&#8220;I think the picnic is a nice reward overall for volunteers,&#8221; said Chris Racek, a Sasebo Elementary School teacher. &#8220;I know I have never had a problem finding willing volunteers in this community to assist at school as chaperones on field trips, or as classroom assistants.