Sasebo paintball enthusiasts get a range of their own 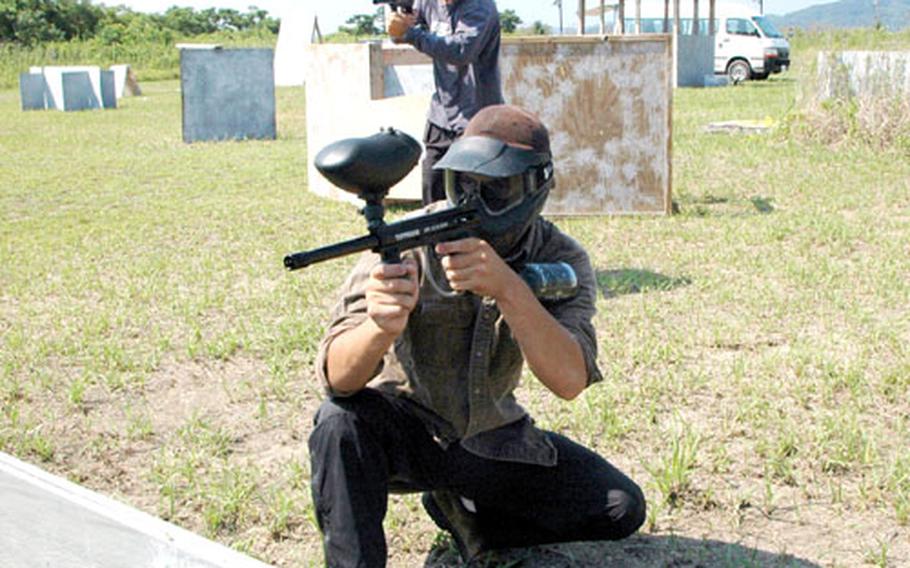 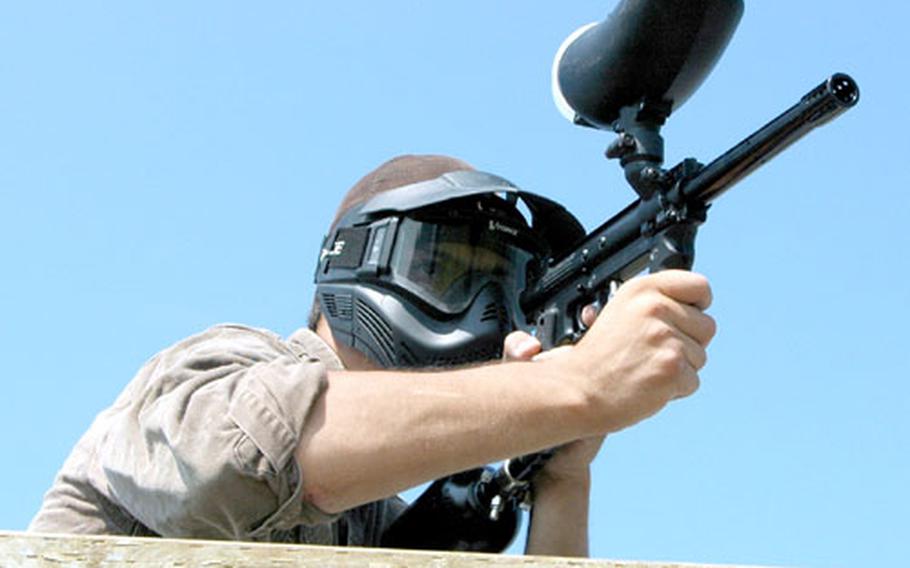 SASEBO NAVAL BASE, Japan &#8212;- Paintballers here no longer have to suffer a five-hour drive to Marine Corps Air Station Iwakuni&#8217;s paintball facility to &#8220;get their splat on,&#8221; thanks to a new Morale, Welfare and Recreation department range next to the Sakibe Laydown Facility.

The range, which operators plan to expand to 109 by 66 yards, is about three miles from the main gate next to the Sakibe facility, home of Assault Craft Unit 5, Sasebo Detachment.

&#8220;Most who like to play come from ship crews, making it tough to organize play during weekdays because of their work hours.&#8221;

While strolling the range, he said crowds often comprise about 20 players.

Birkenheier and Lake said the game is a low-cost, fun alternative to off-base bar visits and excessive drinking.

Players must wear long sleeves and pants. Markers are calibrated so the velocity of paintballs remains less than 300 feet per second.

Contests range from five-member teams trying to capture a flag to one-on-one combat. Characterized by flat land and portable obstacles, Sasebo&#8217;s range is designed for &#8220;speedball,&#8221; as opposed to the ambush style played in wooded areas.

Paintball is among the Sasebo Captain&#8217;s Cup events.

Each year, the base commander awards athletes and teams who have consistently performed with excellence in most of the intramural sports.

Range hours are 10 a.m. to 2 p.m. on Sundays. MWR offers the full four hours on the range, a marker, 200 paintballs, protective masks and other gear for $25.

For more details about using the range at other times, call Birkenheier or Lake at DSN 252-3500.